As you may know, I am a huge fan

I don’t know why because normally I am not into that kind of reality TV but I continue to watch the show every season!  When the show takes its cast on trips to exotic locations, I love posting pictures of the resorts for you to drool over with me!

In last night’s episode, the Bachelorette, Des and her group of hopefuls traveled to Atlantic City, New Jersey.  On one of her dates, they took a helicopter tour along the Hurricane Sandy devastated shoreline focusing on the town and boardwalk of Seaside Heights.  They even visited a sweet couple whose home was destroyed in the storm.  Now, I know this episode was taped a couple months ago – March I believe, so obviously the shoreline doesn’t look as wiped out now, but seeing it all again just took my breath away.  These are the beaches I grew up on. These are the beaches we still take our family to during the summer.  And that boardwalk!  Seeing it from the air gives it a whole new perspective.  At that time the ferris wheel hadn’t been pulled down yet and the famous roller coaster was still in the ocean so things are progressing.

Just last month, I took these pictures along the 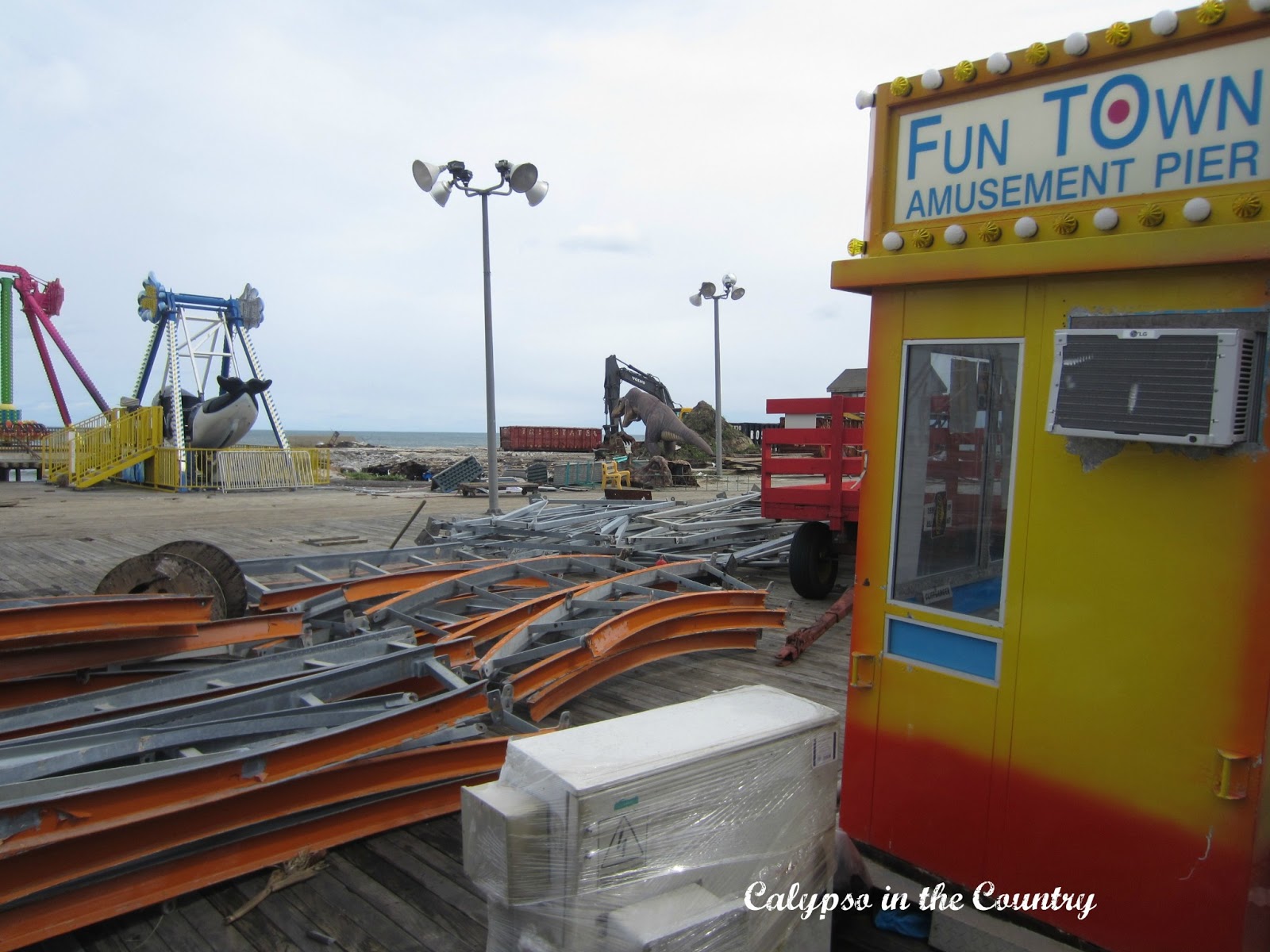 As you can see, they still have a lot of work to do! 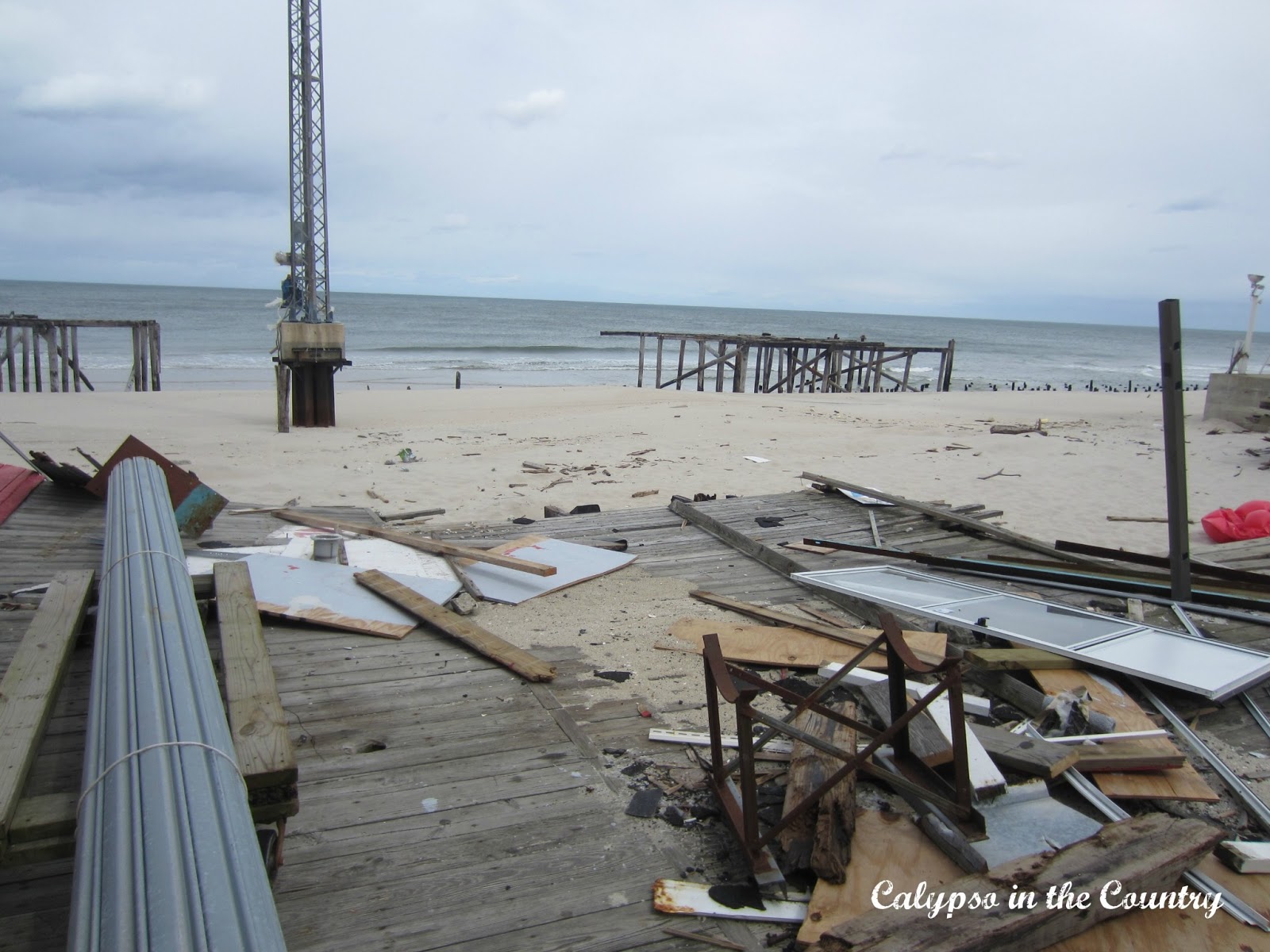 This is looking out to where the ferris wheel and many rides used to stand. 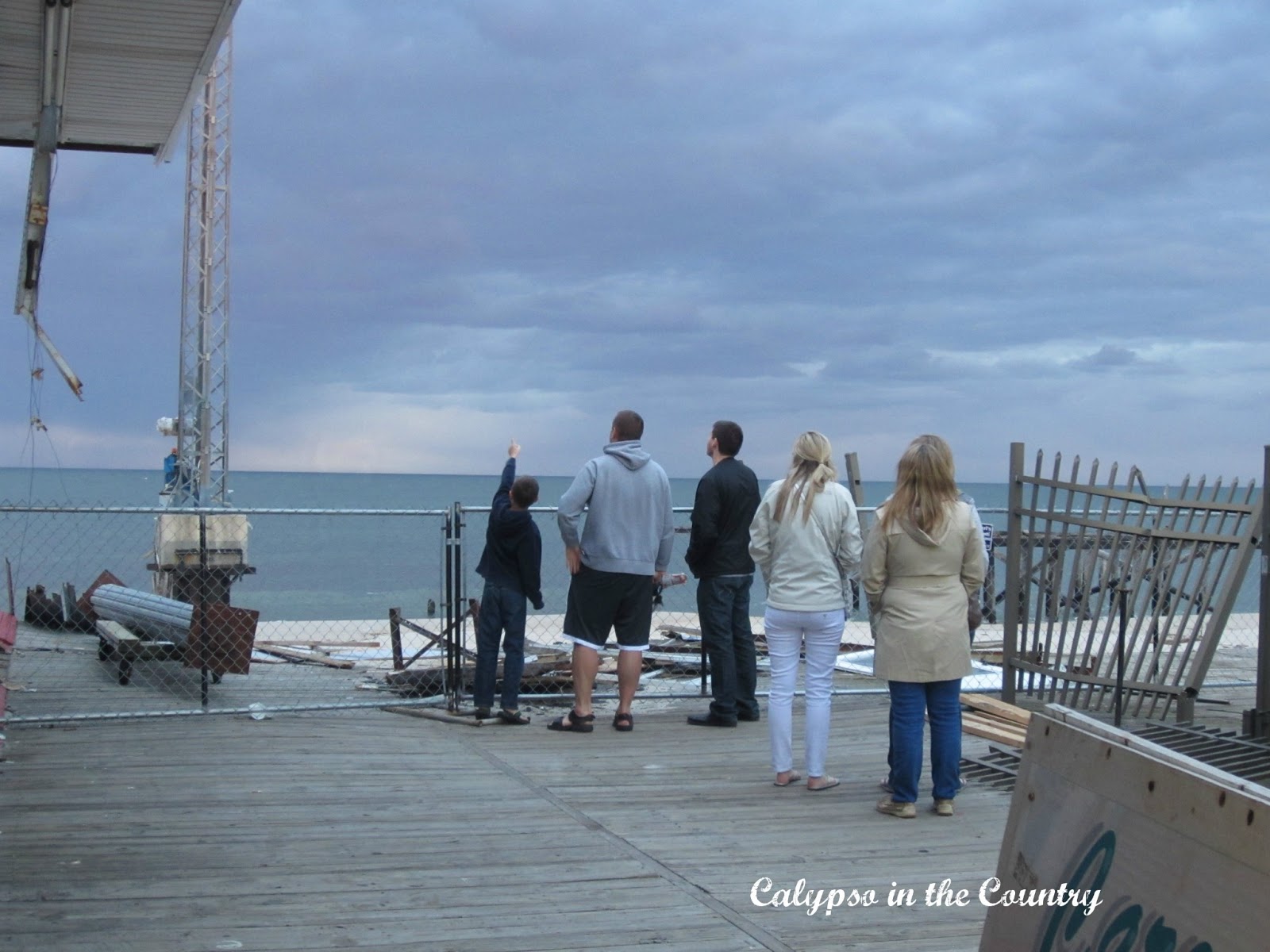 I still can’t believe this terrible storm
could have demolished so much!

You can see more of my pictures

from our Memorial Day Weekend trip to Seaside

in the post – Touring the Jersey Shore – Past and Present.

I would like to say thank you to ABC for highlighting some of the areas damaged by Hurricane Sandy.  I am not sure the rest of the country has seen the devastation and I don’t know if everyone is aware of how much work still needs to be done.  I also enjoyed seeing commercials for New Jersey with our Governor Christie and his family.  I am assuming the commercials ran all over the country and were not just local.

Often, after time has passed and the news stories have moved on to different areas, we tend to forget about the people who still need help.  It is a reminder to all of us to think of those affected by disasters such as tornadoes in Oklahoma, attacks in Boston as well as victims of Hurricanes like Sandy, Irene, Katrina… I am happy to see the Bachelor/Bachelorette shows have made efforts to bring awareness to those in need.

In last night’s episode Des and her date met the Seaside couple and decided to give them their dinner date in Atlantic City.  Sure it was probably staged by ABC to look like a nice gesture on the couple’s part but it shows how just doing something thoughtful for someone can give them hope.  The couple was very sweet and I was even hoping they would spring a “fantasy suite” option on them!  LOL..

Anyway, I hope you got to see last night’s episode.  So far I think my favorite guys are Bryden, Chris, Drew and Brooks.  Who is your favorite?  I know there are spoiler websites out there so if you have read any, please don’t give anything away to me.  I enjoy trying to figure out the “winner” myself!

If you want more of a Bachelorette discussion along with full recaps of the episodes, head over to Office Stace blog.  Stacey does an awesome job writing about the episodes each week and you will love her humor and insights.  She really does an “amazing” job…(a little Bachelorette humor for you…)

Did you watch any of the Bachelorette last night?

If so, what were your emotions after seeing that shoreline? 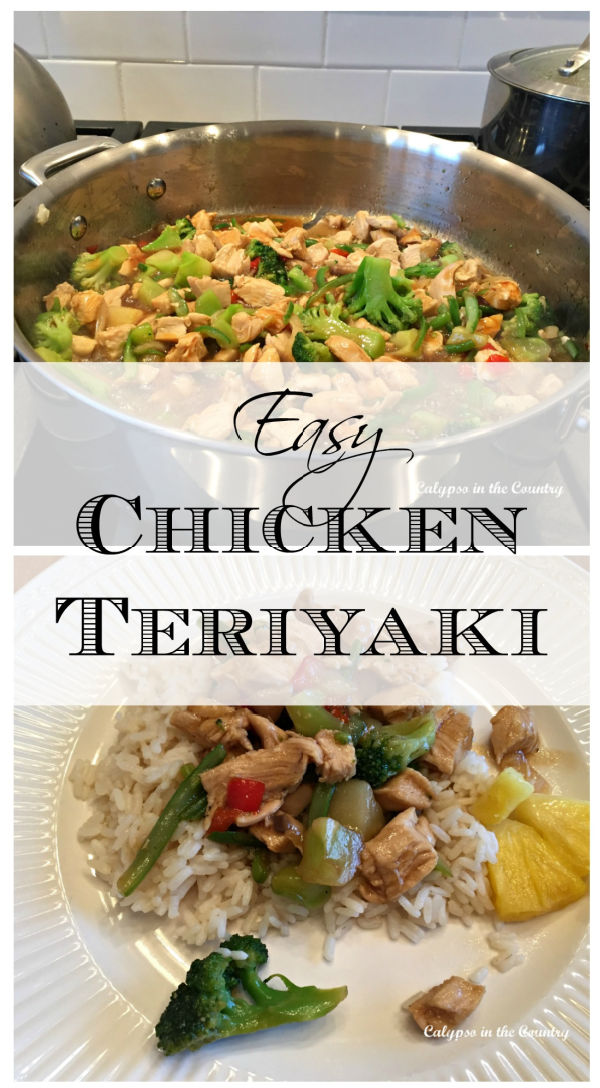 Today is National Dog Day and Rosie is here to say hello and fill you in on her summer… She has spent a lot of time rolling in the grass… Ahhh…nothing like a shady spot to lay! She spent most mornings under my desk. I love looking down to see those cute feet! And I love…

I cannot believe we have had our Rosie for 3 weeks already! So… here is your puppy fix for the week… (Stay tuned at the end for all the “fun” details.) This week she had a bath.. She enjoyed some great stretched out puppy sleep time! She stole my son’s backpack. She got a little too…

Rug Pad USA provided rug pads for me to review but all opinions are 100% my own. If you read my blog, you know that I am becoming more and more conscious about the products I bring into my home.  Recently, I was contacted by Rug Pad USA which is a rug pad retailer based outside the…

Weekend Pupdate has rolled over to Monday this week since I have had some wireless problems here at the beach. We will be packing up to head home soon. Even Rosie looks sad. She enjoyed her week here and enjoyed playing with the extended family. My mother in law worked with her on the leash…thank…

This is the first day I have posted TWO times! (What a blogger I have become! – LOL)   Actually, I totally forgot today was the 8th and now I just have to join Rhonda over at Shellbelle’s Tiki Hut for her World Oceans Day Beach Party!  Of all the parties out there, I cannot miss a…