A few months ago I mentioned that
The Travel Channel show, Hotel Impossible
filmed a makeover on a beach playground
in Seaside Park, NJ. My kids and I were there for the filming of the reveal…
and it looks like the episode is airing tonight!

Part One of this Hurricane Sandy Relief special, (shown last week) was focused on remodeling a hotel in Seaside Heights.  Let me tell you – there was a lot of drama!  I am interested to see how the host, Anthony Melchiorri (shown above) resolves the problems that arose with the hotel and its owners.

Part Two, which airs tonight deals with rebuilding a couple more hotels along with a makeover and repair of “Baby Beach” (the bay beach we watched them reveal).

In the episode, you will also see a portion of a speech from New Jersey’s Governor Christie.  A couple hours after the Travel Channel taping, he spoke about the upcoming repairs to Rt. 35 which runs down the coast. 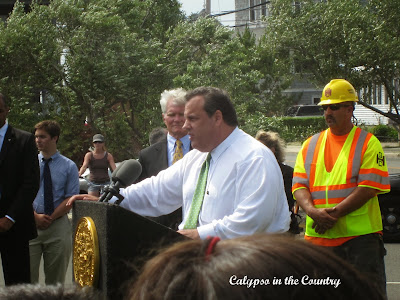 This week marks the one year anniversary of the devastating hurricane known as “Superstorm Sandy”.  Even though we have seen some progress, there is so much more that needs to be done to repair our Jersey Shore.  I was thrilled that Anthony and his crew from Hotel Impossible made an effort to help bring back some of the damaged areas.  Having them there was such a boost for the locals and I am thrilled with the attention this show is bringing to the area!

Join me in tuning into the Travel Channel

I am also interested to see if we managed to get on camera!
If you watch the episode,
see if you can spot me and I will tell you tomorrow
if my “segment” made it through the editing process!  LOL!
(I think I had a navy t-shirt on.)

Anyway, if you get a chance, tune in tonight

or at least DVR the episode.

Are you planning to watch?

Welcome friends!  Are you getting ready to celebrate Easter?  Well, if you’re looking for ideas, I have a treat for you!  Today, I’ve joined a group of talented bloggers for an Easter Celebrations Blog Hop hosted by Amber of Follow the Yellow Brick Home.  She’s the first stop on the blog hop and I’m sure your…

Happy weekend, happy May…and welcome to the Saturday Spotlight!  As soon as the calendar turned, it seems we all started thinking about Mother’s Day!  Well, maybe those of you who aren’t procrastinators have already been planning ahead – but the rest of us are now thinking about it!  Today, I’m sharing some Mother’s Day celebration…

The day started out rainy.  It was actually the 3rd rainy day in a row.   Don’t get me wrong, I am thankful for the rain since we needed it so badly.   But the dreary morning made me feel the need for some color.  For fun, I decided to set up a cheerful Afternoon Tea…

I mentioned in my 2014 Goal List  how I will be getting rid of things that have been piling up in my basement over the years. So far, I have scheduled a pick up from the Lupus Foundation for tomorrow.  They accept a wide variety of used clothing and household goods.  They also make it so easy with…

Since we have been home from the beach, Rosie’s life has returned to normal. She went back to retrieving the morning paper, and took up her old hobby of watching golf on TV. She is happy to show that she officially sleeps on her dog bed instead of in her crate now! Although sometimes she prefers the…