There are 52 weeks in a year

and do you know what that means?…

but I think documenting her first year with us is probably enough.
I mean really, how much adventure can one golden retriever have? 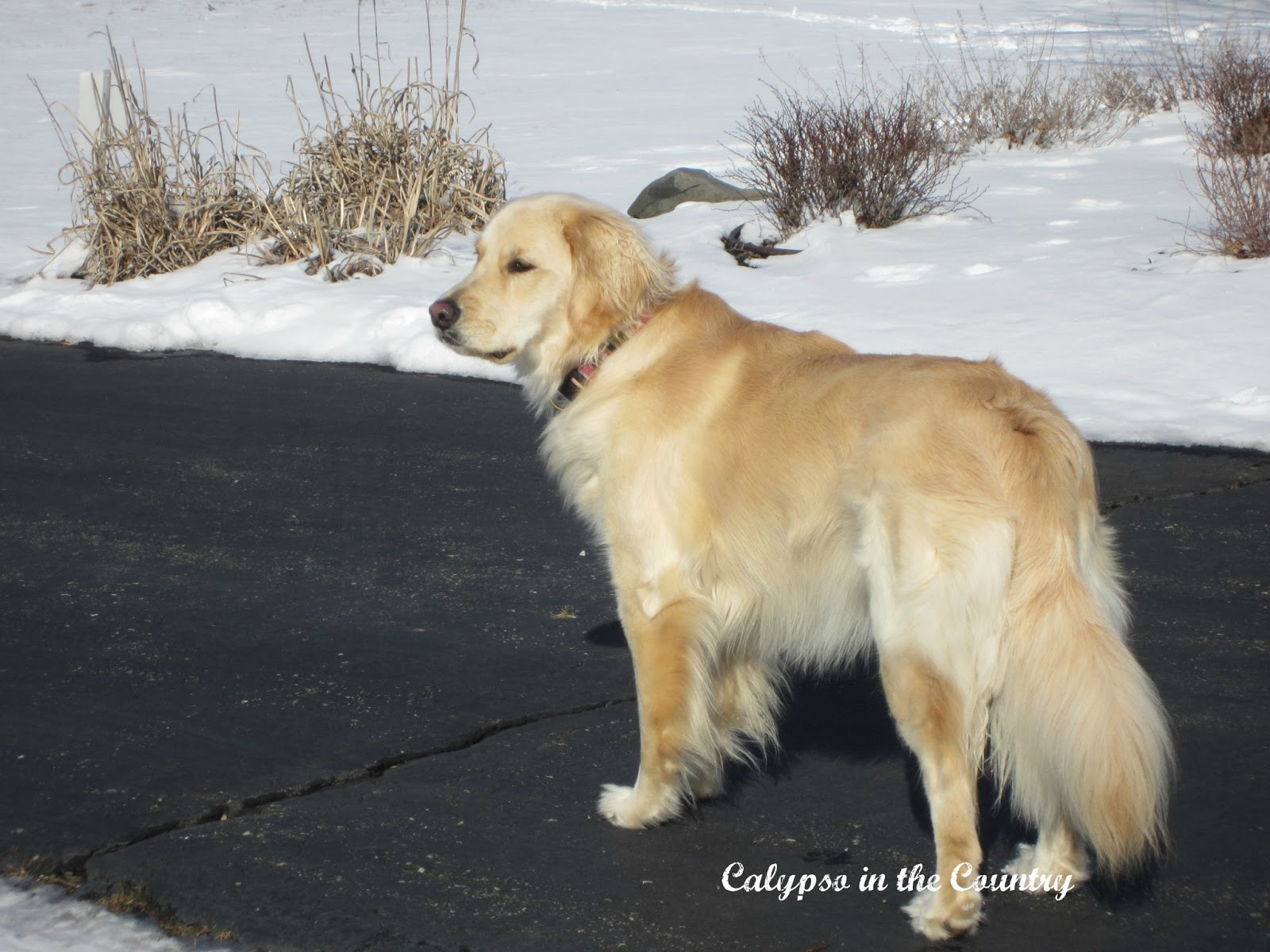 Well…
I guess if you are Rosie
you always manage to get yourself into some kind of predicament!

Friday night for instance,
she gave us a bit of a scare.

The evening began with my husband and boys innocently working on a project for the upcoming school science fair.  The project was the “Floating Orb”.  They attempted to float a cluster of tinsel over a PVC pipe using static electricity.  First they would rub the pipe on my hair- because mine seemed to have the most static!  (Note to self…find a new shampoo!)  They would hold the tied tinsel over the pipe and the ball of tinsel would magically float above the pipe.

The kids were thrilled but what we didn’t notice at first was that Rosie was thrilled too.  In fact she was so thrilled that she jumped into the air and snatched the ball of tinsel and gobbled it up!  I screamed and tried desperately to retrieve the tinsel from her mouth…but it was long gone.

That’s when the fun began.  Or I should say – that’s when my hypochondria kicked in!  First I checked on the internet because I seemed to remember that tinsel is dangerous for pets.  Well sure enough, there were all kinds of warnings how tinsel can get caught in an animal’s intestines and could require surgery to remove it.  I quickly called Animerge (since it was after hours and I knew our vet would not be open.)  They instructed me to induce vomiting with 2 tablespoons of hydrogen peroxide.  If after 15 minutes, she didn’t throw up, I was to give her 2 more tablespoons.  If that didn’t work, I would have to bring her in. Yes, let me remind you that the “blizzard” had already begun at that point.  It had been snowing for several hours and the roads were in no shape to be driving a dog to an emergency vet that was a half hour away!

We took out a turkey baster, filled it with 2 tablespoons of hydrogen peroxide and forced her to swallow it.  Not fun.  Then we waited.  Nothing happened except she looked very displeased with me.  After 15 minutes, she did not throw up so I called back Animerge and voiced my concern.  I was thrilled to discover that our vet happened to be the one on call that night so I felt more comfortable taking instructions from the assistant I spoke with earlier.  I asked if I could give her food with the next dose and she told me to give her some bread.  The peroxide would fizz up with something in her stomach.  Well, sure enough, this time it worked.  I was never so thrilled to see a dog throw up.  I am sure she was wondering why we were cheering for her!  I will spare you the disgusting details, but let’s just say, I recovered the tinsel and everyone was happy! 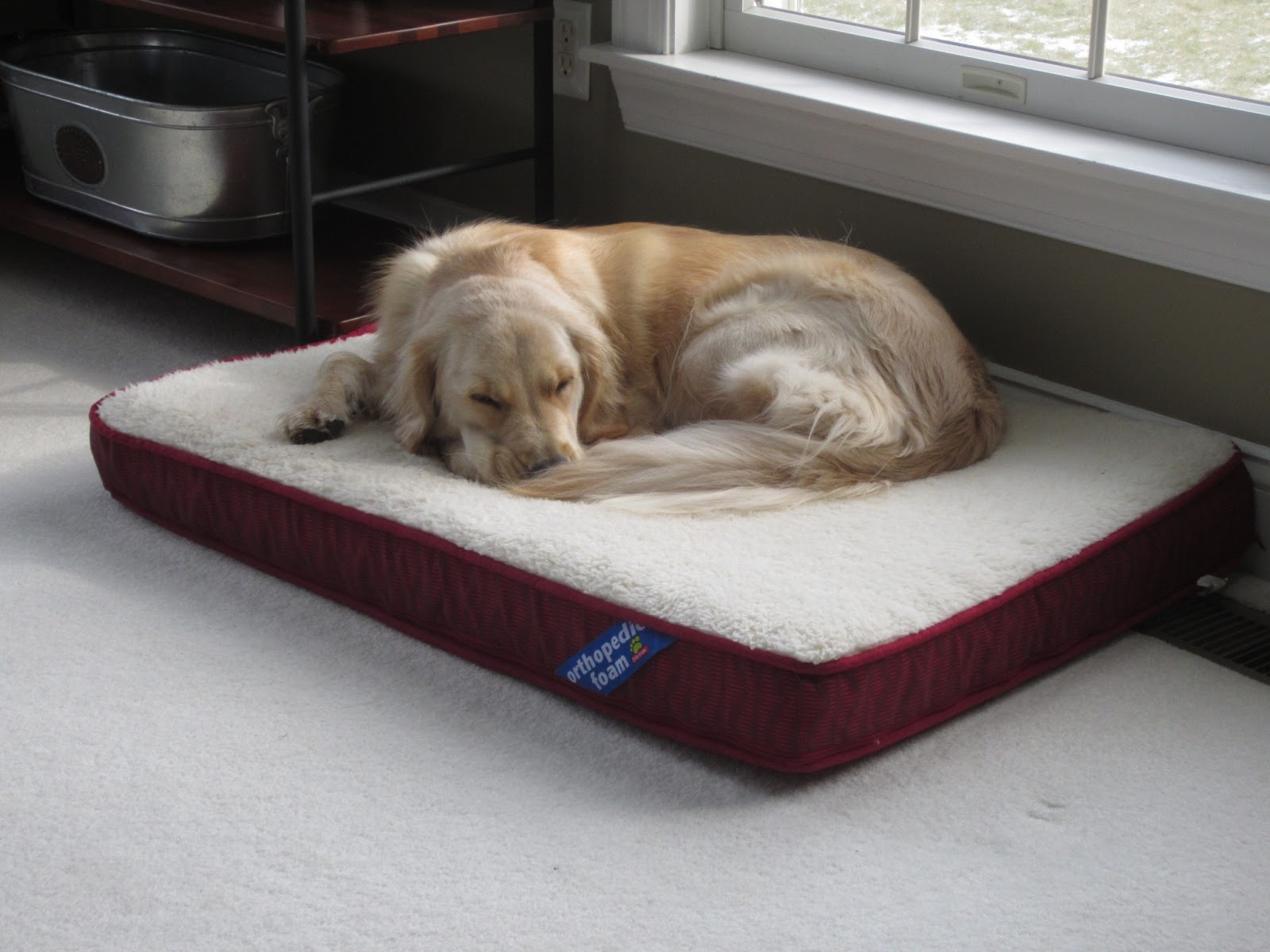 I am never allowing tinsel in this house again!  My husband has been complaining for years that I won’t let him put tinsel on the Christmas tree.  Why this was so important to him, I don’t know.  But needless to say, he will never get his silly wish!  My doggie is too important! 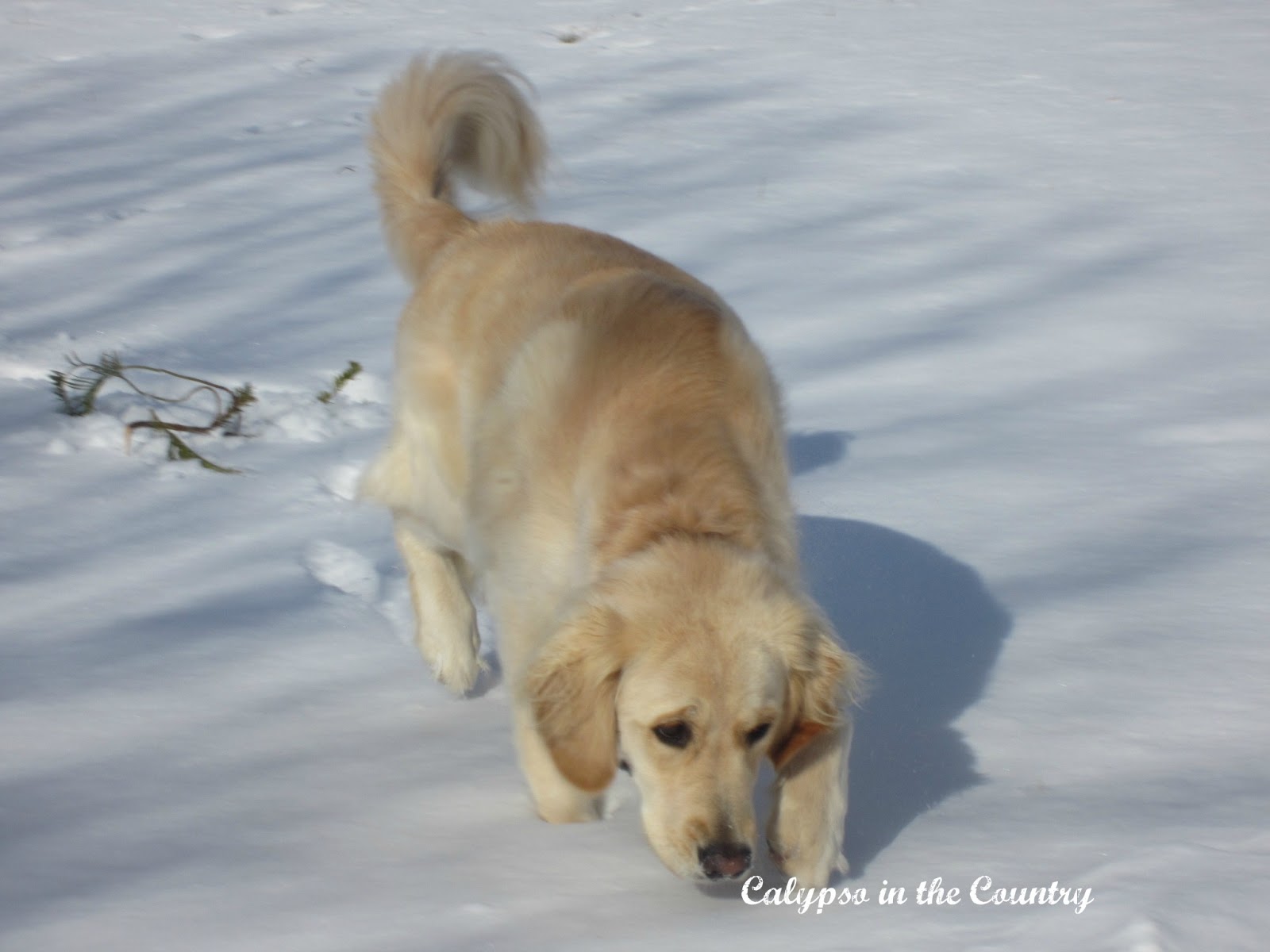 Rosie was unhappy with me that evening,

but by the next morning she was back to her usual self. 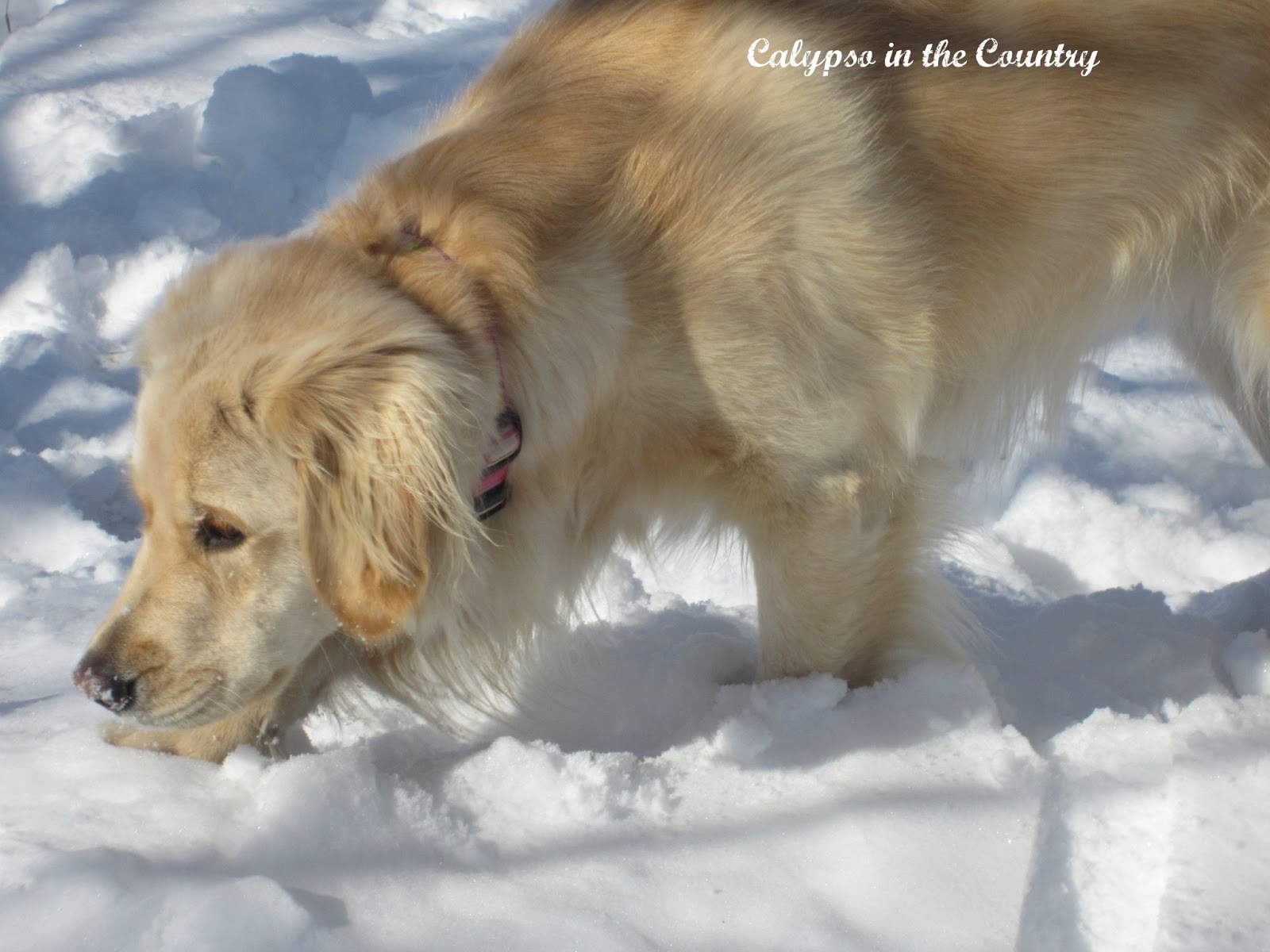 The snow storm was a dream come true for her. 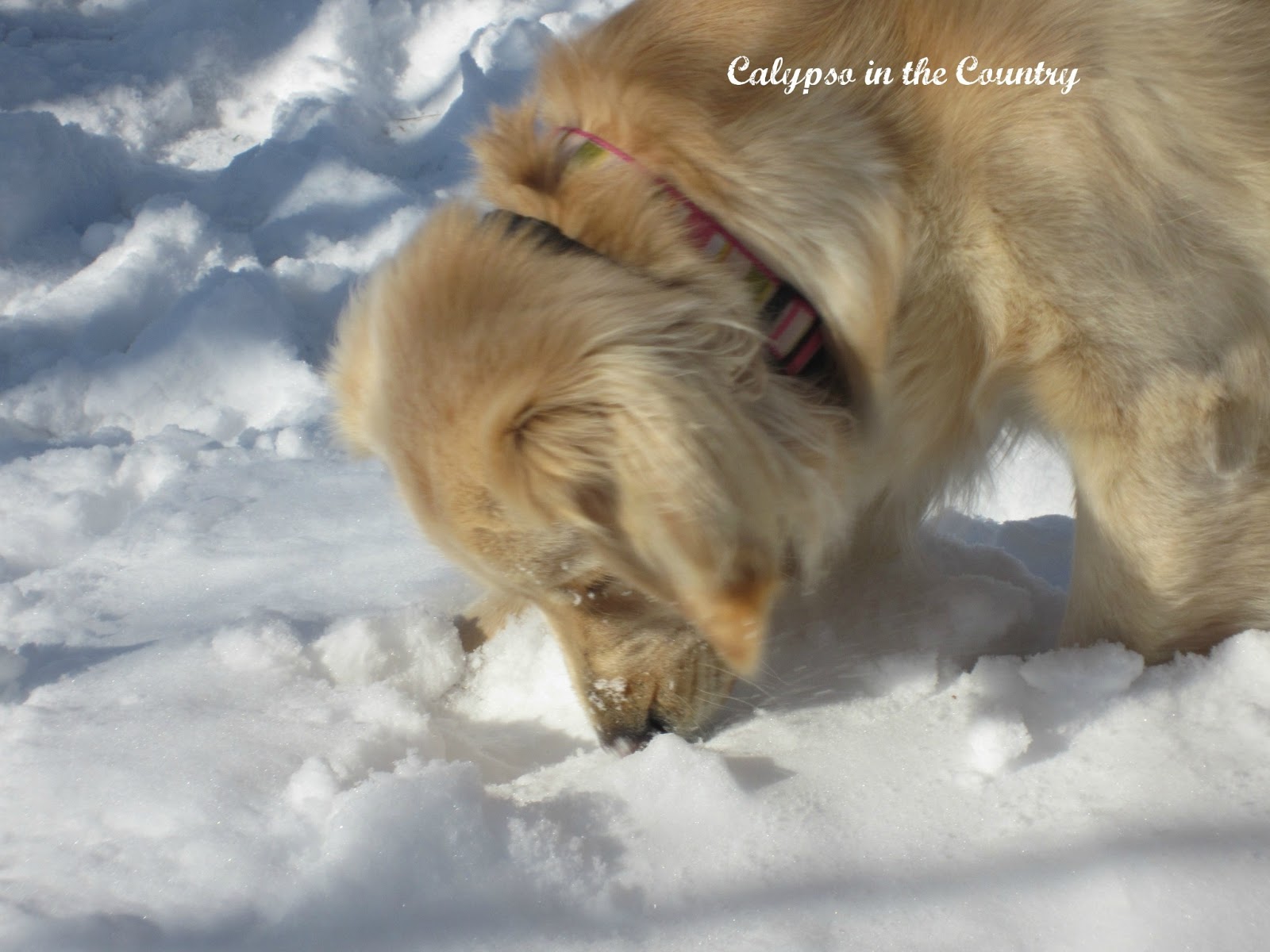 She would have stayed out there all weekend if I let her! 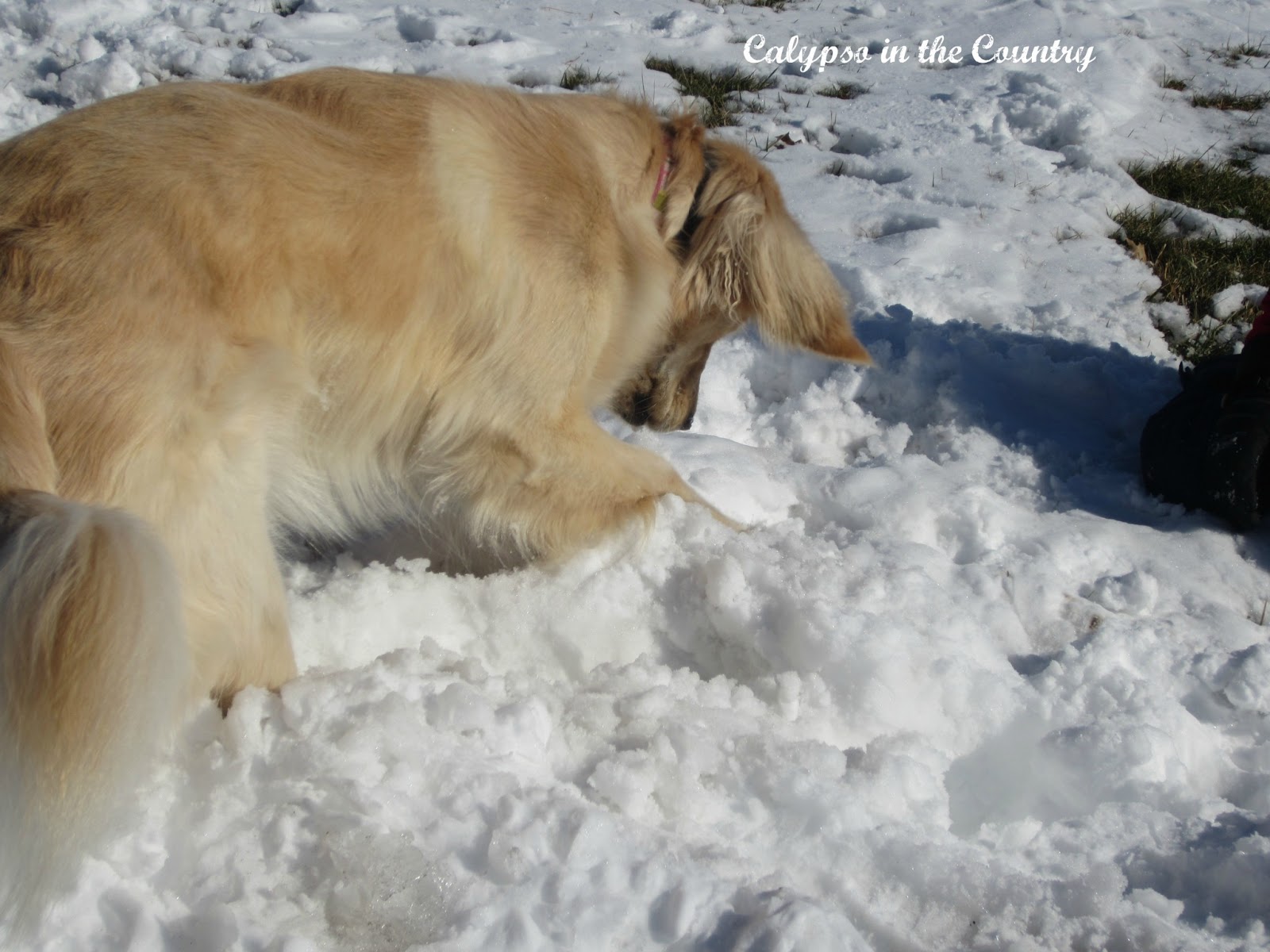 Digging in the snow is serious business!

Never a dull moment around here!

I can honestly say this has been a wonderful first year of dog ownership! 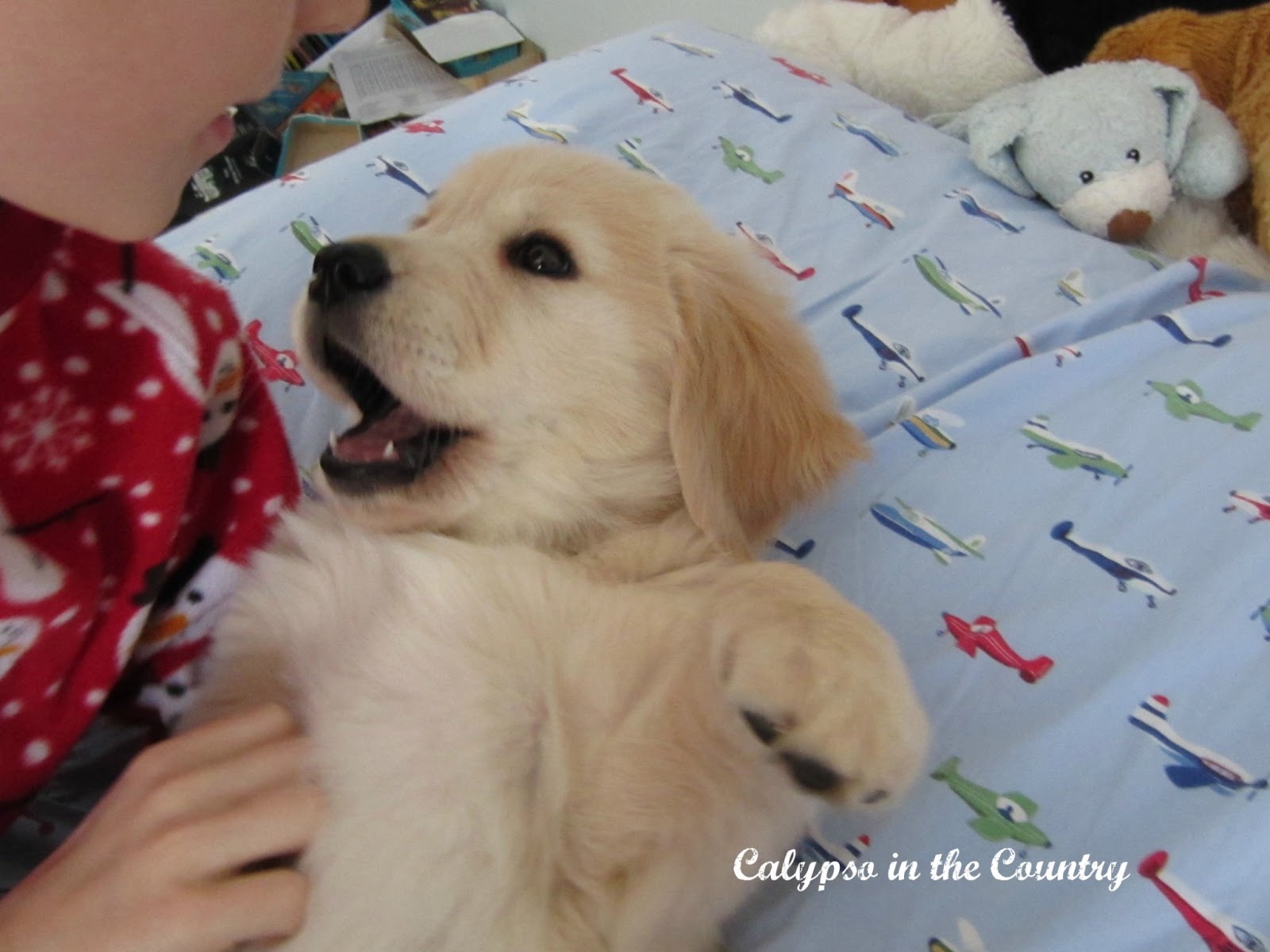 Sure we have had some challenges and I definitely didn’t love those first few months of waking up during the night!  In the beginning, there were times when I could have given her back! 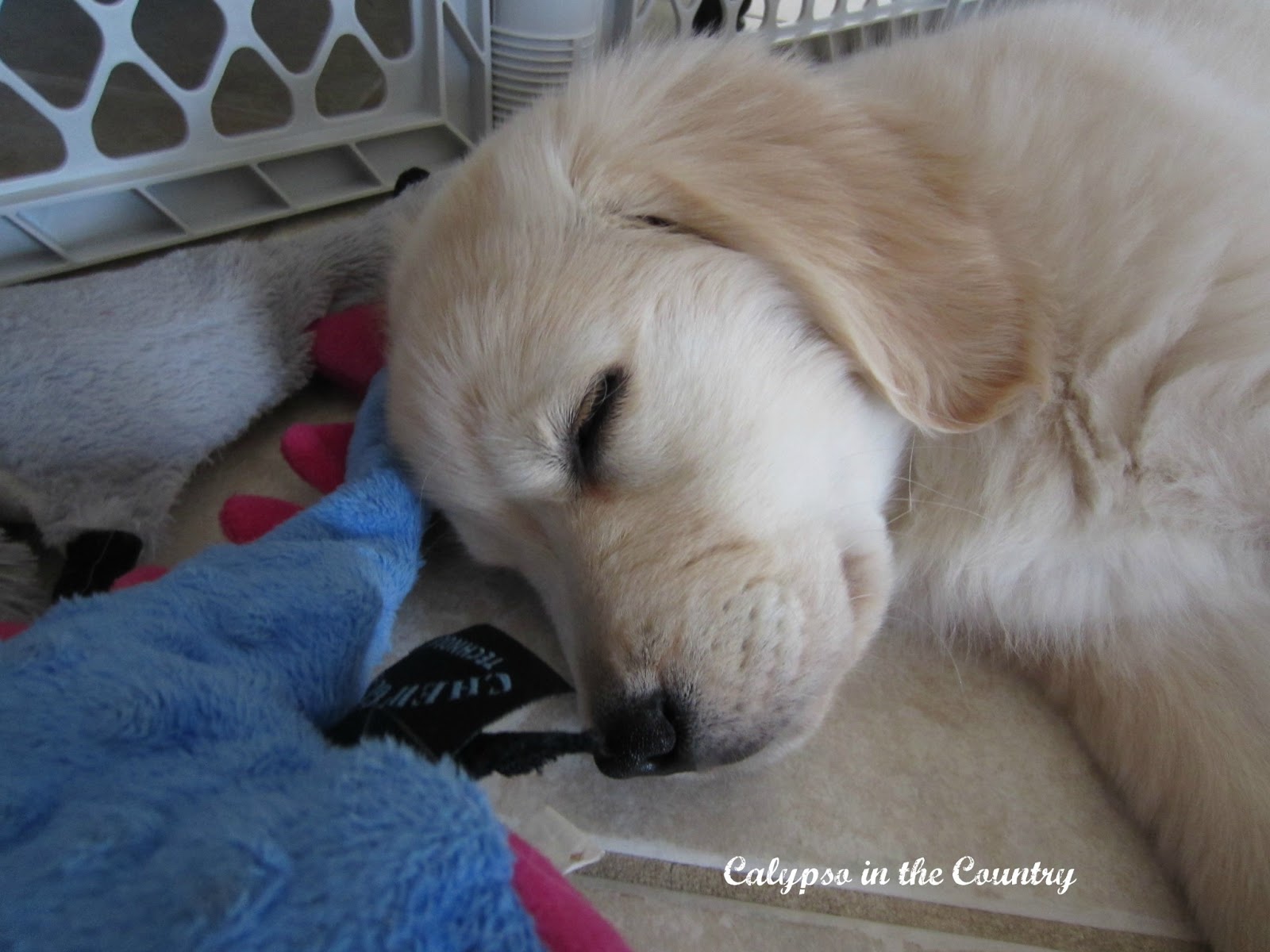 But as time went on, I got into a routine, things got easier and I grew to love that sweetheart more and more each day!  She turned this cat-person into a full blown dog person!

Rosie has become such an important part of our family.  I love that my kids will grow up with a dog in their lives.  And as far as dogs go, we really lucked out!  Not only is she playful and silly like most golden retrievers, but she is also so sweet and loving.  If it weren’t for all that shedding, she would be perfect! 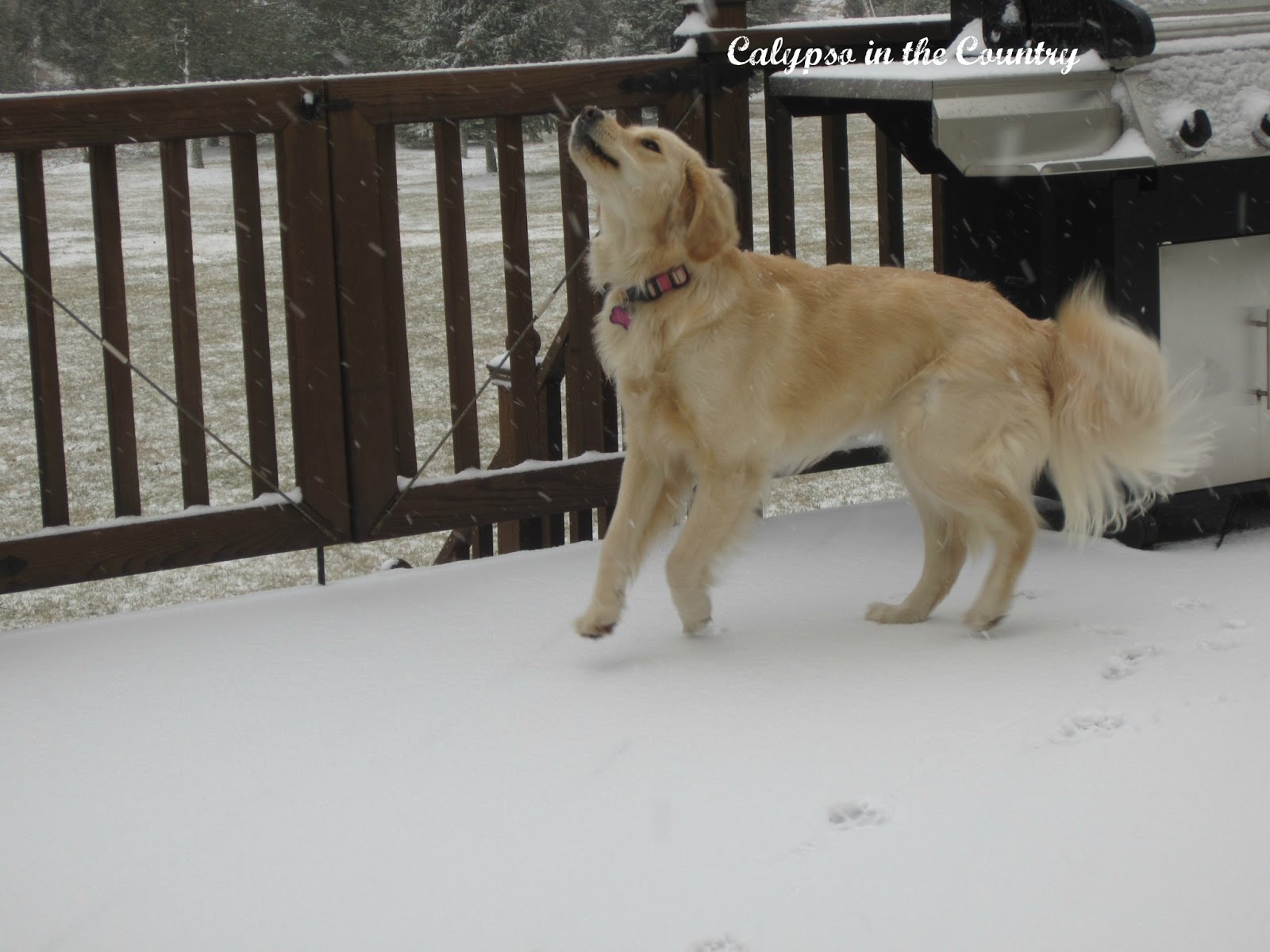 My advice to anyone who is considering buying a dog is to do your research.  Find a breed that will work with your family and living situation. 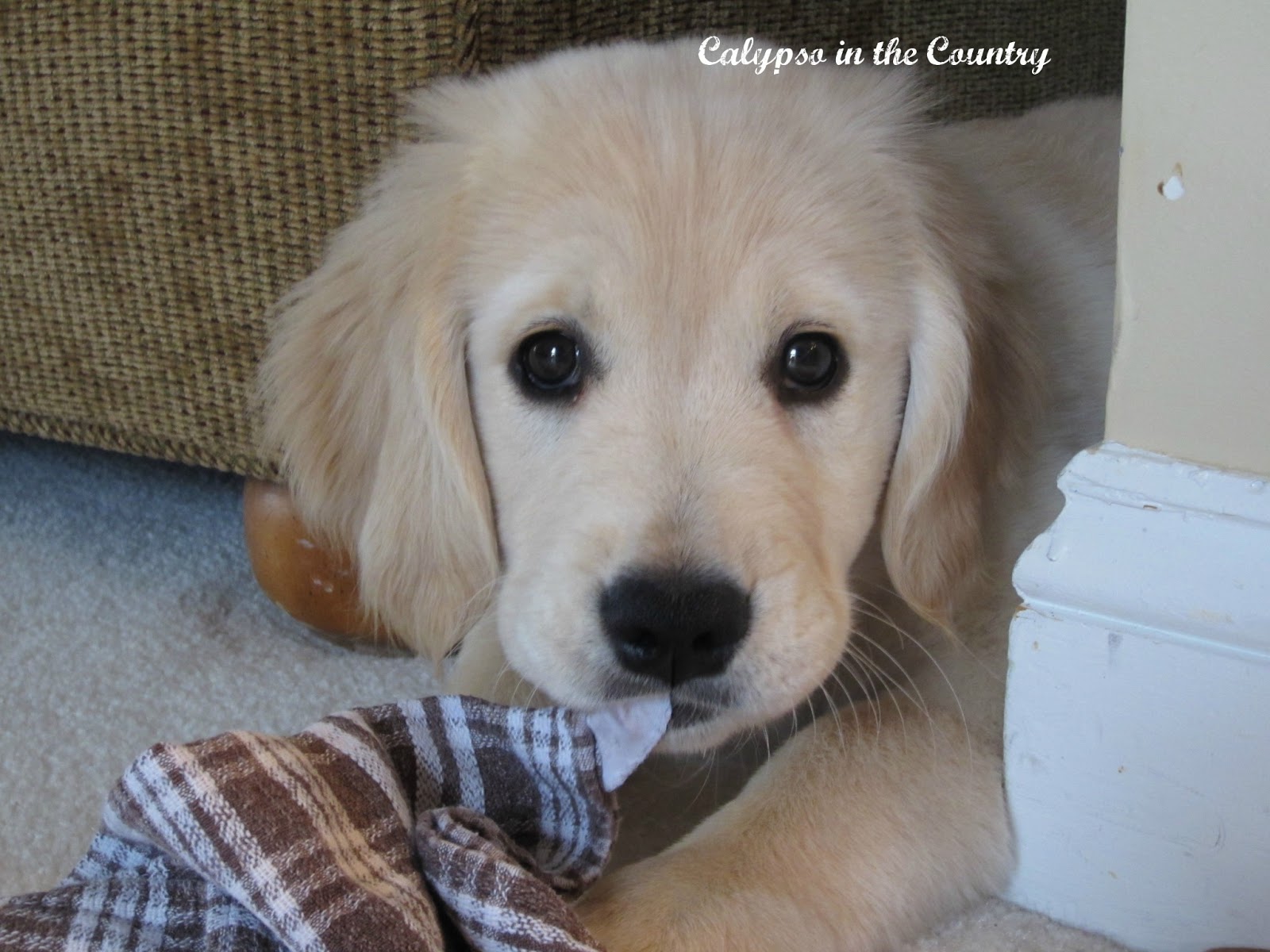 If you plan to get a puppy, be prepared for a couple of months of hard work.  It really is like having a baby in the beginning!

I hope you have enjoyed reading my Weekend Pupdates

as much as I have enjoyed writing them.

with pictures to go with every silly adventure!

If you still need a weekly golden retriever puppy update,

my new friends, Nancy and Bethany over at Powell Brower Home

are doing a “Weekend Puppy Update”!

Now you can get your puppy fix over there!
Nancy’s new sweet puppy Gibbs will make your heart melt!

Have a great week everyone!

I usually blog just a few times a week so you might not have noticed I haven’t posted in awhile. Everything began with what I think was the flu a couple weeks ago.  After recovering, I had to rush around last week putting together a school event for Thursday night.  I was basically going non-stop….

We are having the most amazing spring day  here in New Jersey! I feel like I want to start decorating my deck already. Well, at least the table out there! To get me inspired to make up some spring tablescapes, I took a couple pictures at the Pottery Barn store. (Taken with my Iphone so…

At the beginning of January, I publicly declared that I would keep our house temperature a little cooler than our usual balmy 71 degrees. Hey, what can I say, I like it warm! Anyway, for the month of January we tried  keeping the thermostat at 69 degrees.  I know, wow…big deal, two degrees.  Well two…

Thank you to everyone who shared their thoughts on my recent post – Hardwood in the Kitchen…Yay or Nay?  You were all so helpful and brought up many good points to help with my flooring decision.  As always, I really appreciate all of your comments and great advice! And what was my decision, you ask?  Well,… 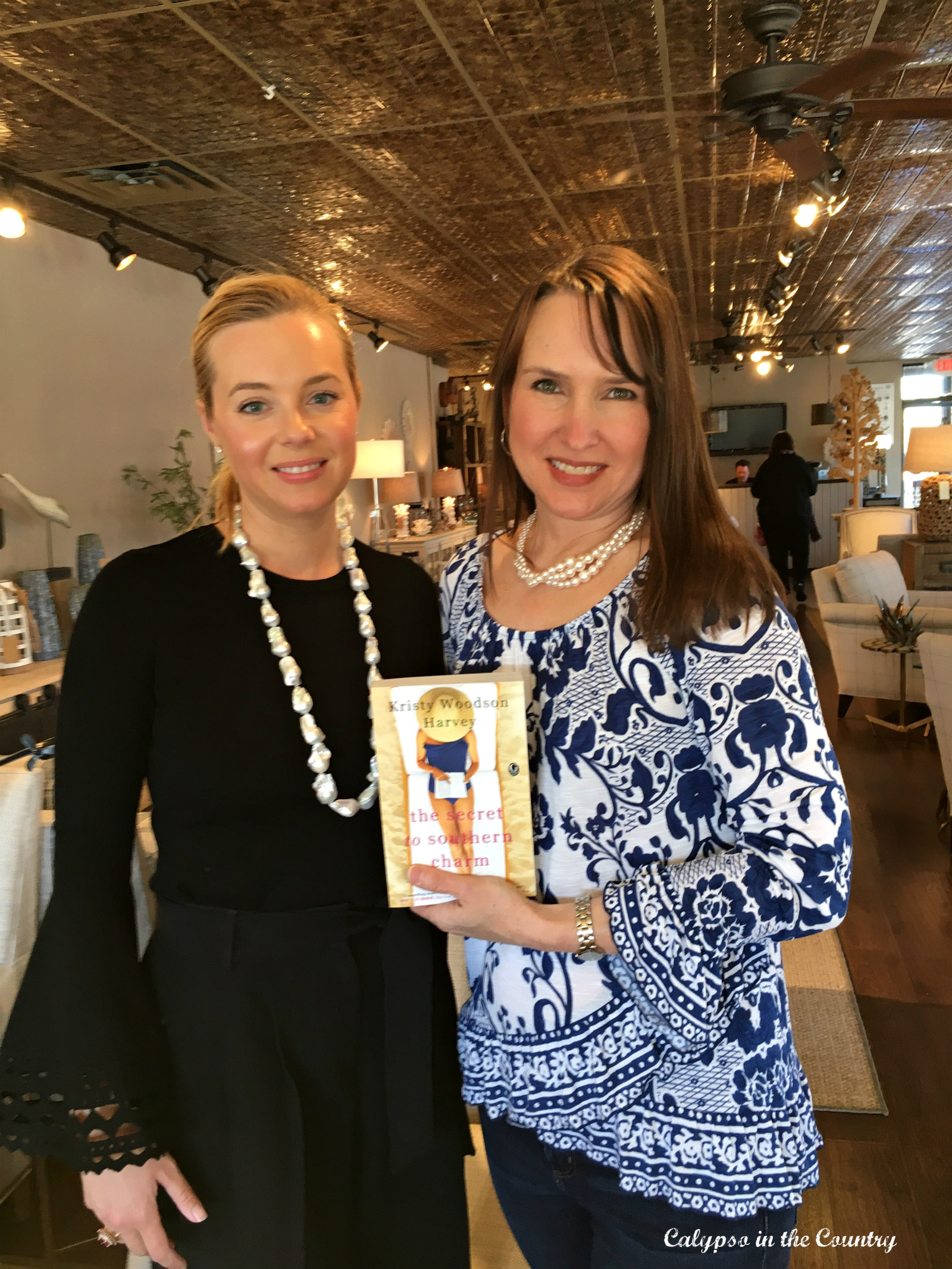 This past weekend, the Jersey Shore showed some northern hospitality to our southern friend, author and blogger, Kristy Woodson Harvey!  Today, I’ll share the highlights from this stop on her book tour! *For your convenience, please note that this post may contain affiliate links.  If you make a purchase after clicking my links below, I…

If we had a dog house, someone around here would be in it! This is an actual caught-in-the-act picture. See those pots behind Rosie’s guilty little face? That’s where my day lillies from last year were just starting to sprout up. Well, not anymore! A certain mischievous little dog decided to tear into them. So…