We finally decided on a color for my son’s bedroom!

After trying many samples from light grays to dark blues, we ended up choosing Amsterdam by Benjamin Moore.

As you might remember, this was one of the colors in the running and this is also the color of my master bathroom. 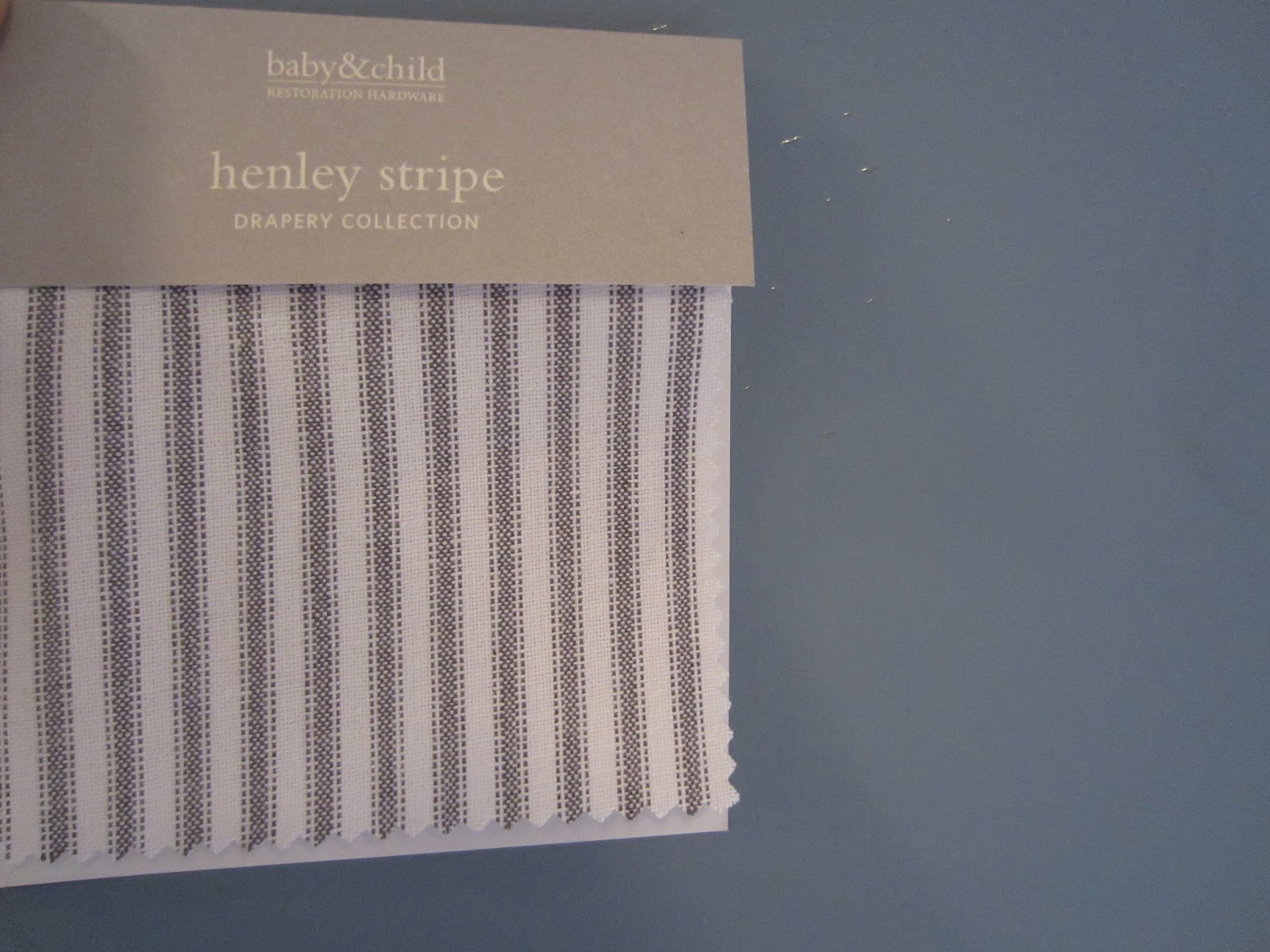 Here is how it will look next to the new gray and white curtains we ordered.

We thought we were going to go with something a little darker like Philipsburg Blue but we both agreed it would be a little too dark. 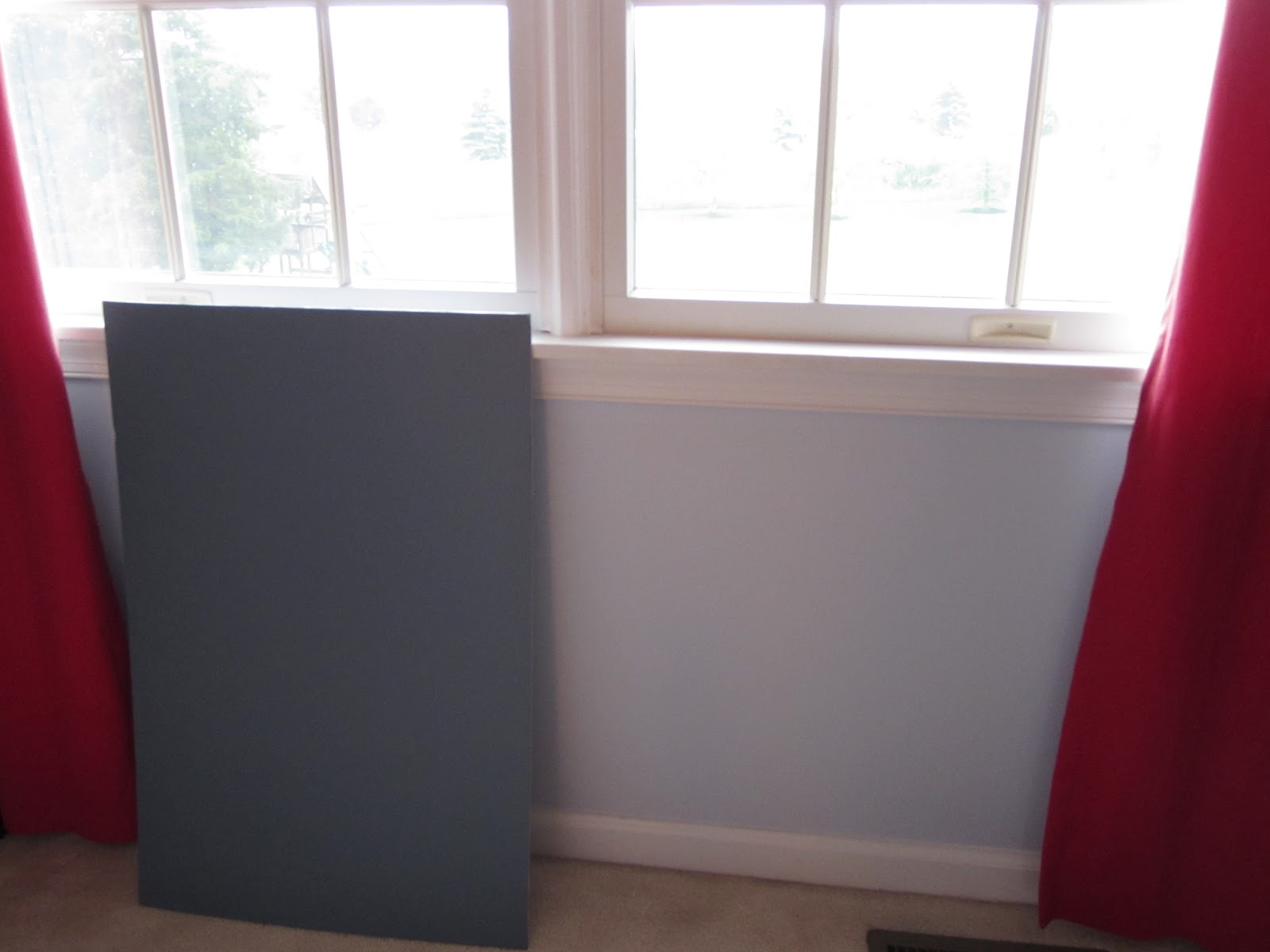 As you can see, Philipsburg is a much deeper color than what we are used to in this room!

We weren’t ready to go quite that dark so we went with the Amsterdam. 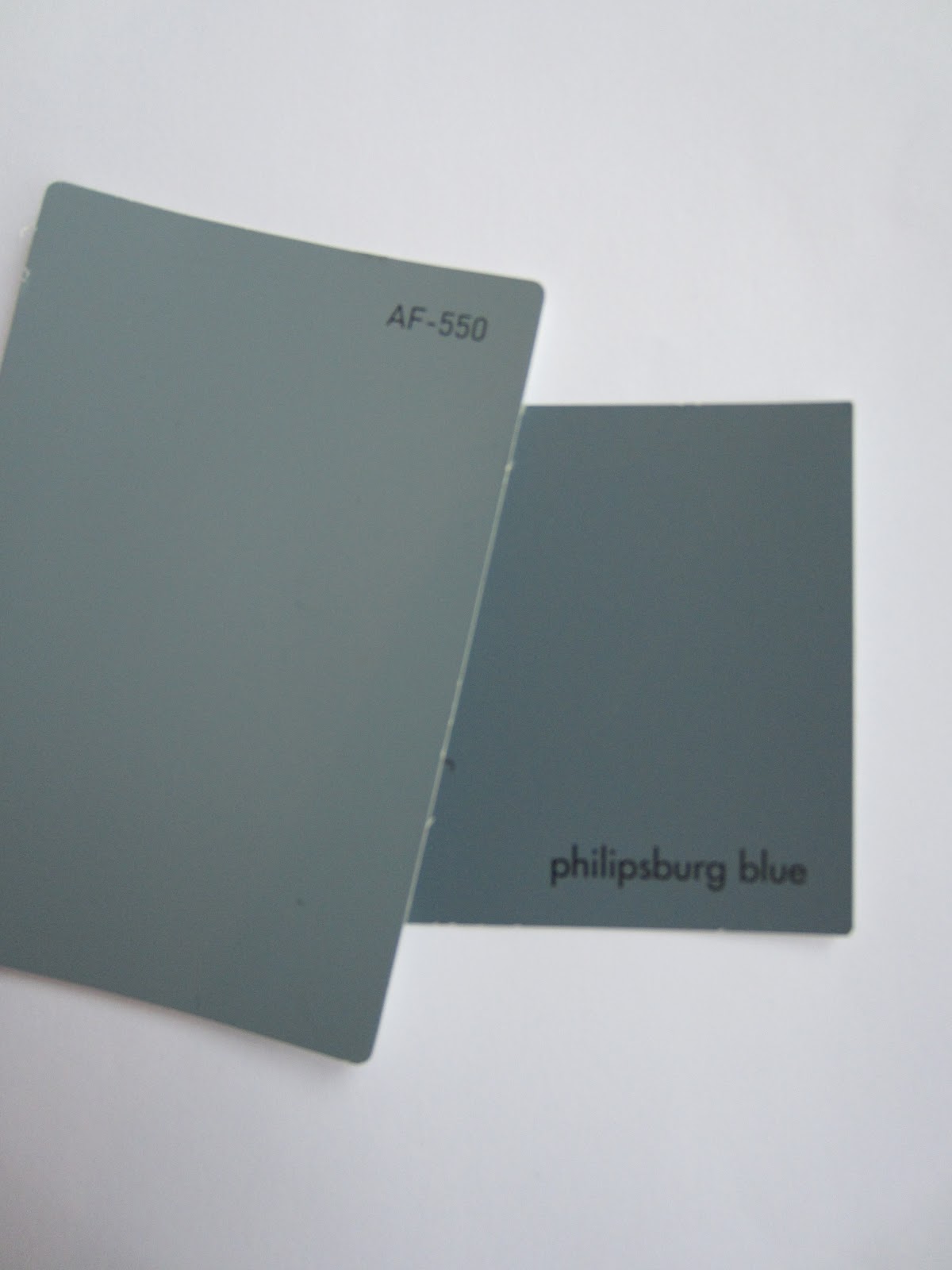 As you can see, the colors are similar but the Amsterdam (on left) is just a little lighter.

So the painters are coming next week! Hooray!

At one point I though about doing the painting myself but I get nervous with darker colors.

But the best part of having the painters come is that I convinced my husband to have them paint the garage too! 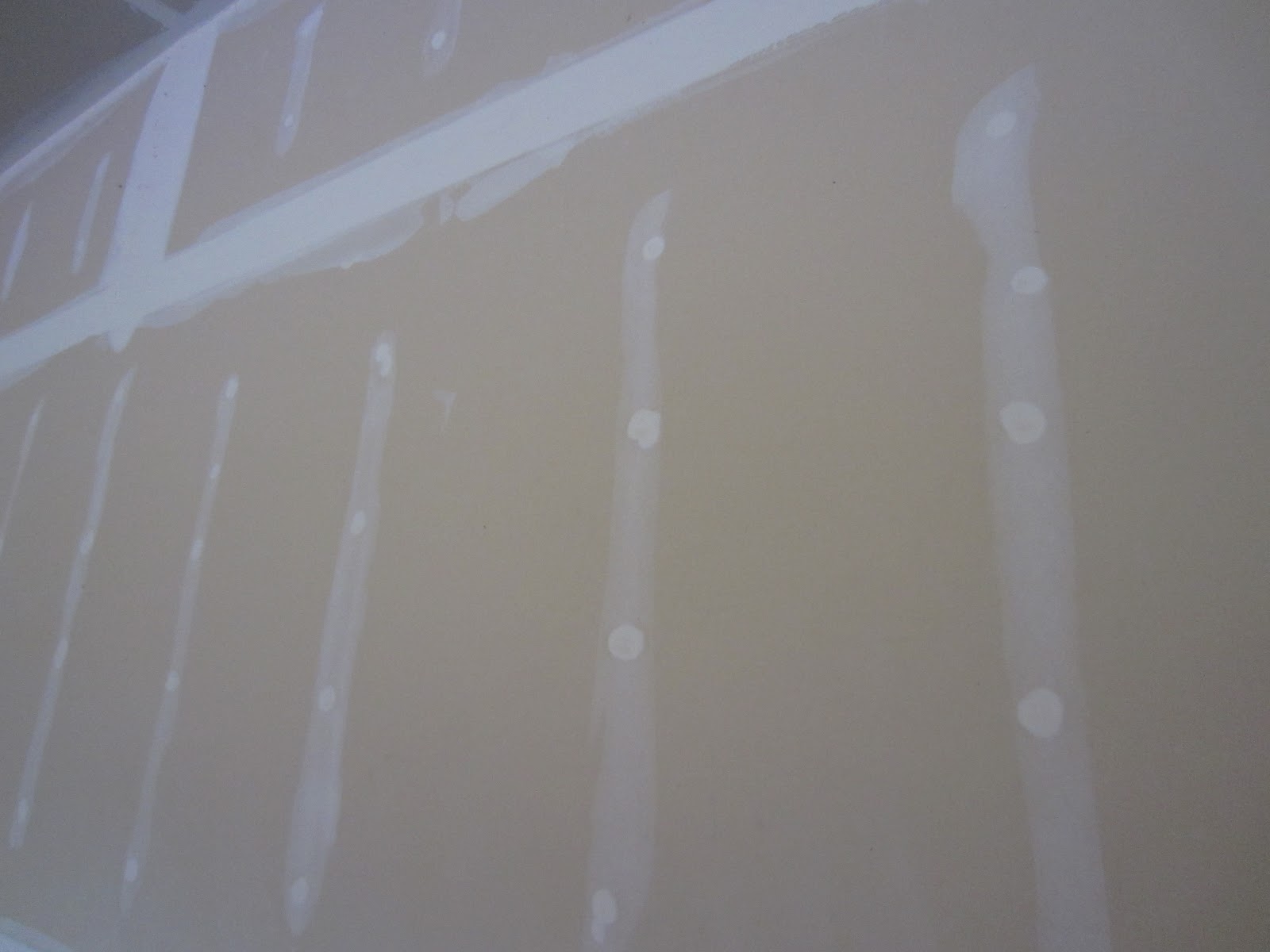 Yes, after 13 years of living in this house, we STILL had a garage that looked like this!

Of course, my silly husband thought leaving it that way made the house look new…

Uh…I don’t think we are fooling anyone, dear.

The only thing it did was make us look like we didn’t care about our garage!…And like we were too cheap to get it painted!

So, this garage project might snowball into painting the interior door black like I had planned a few months ago… 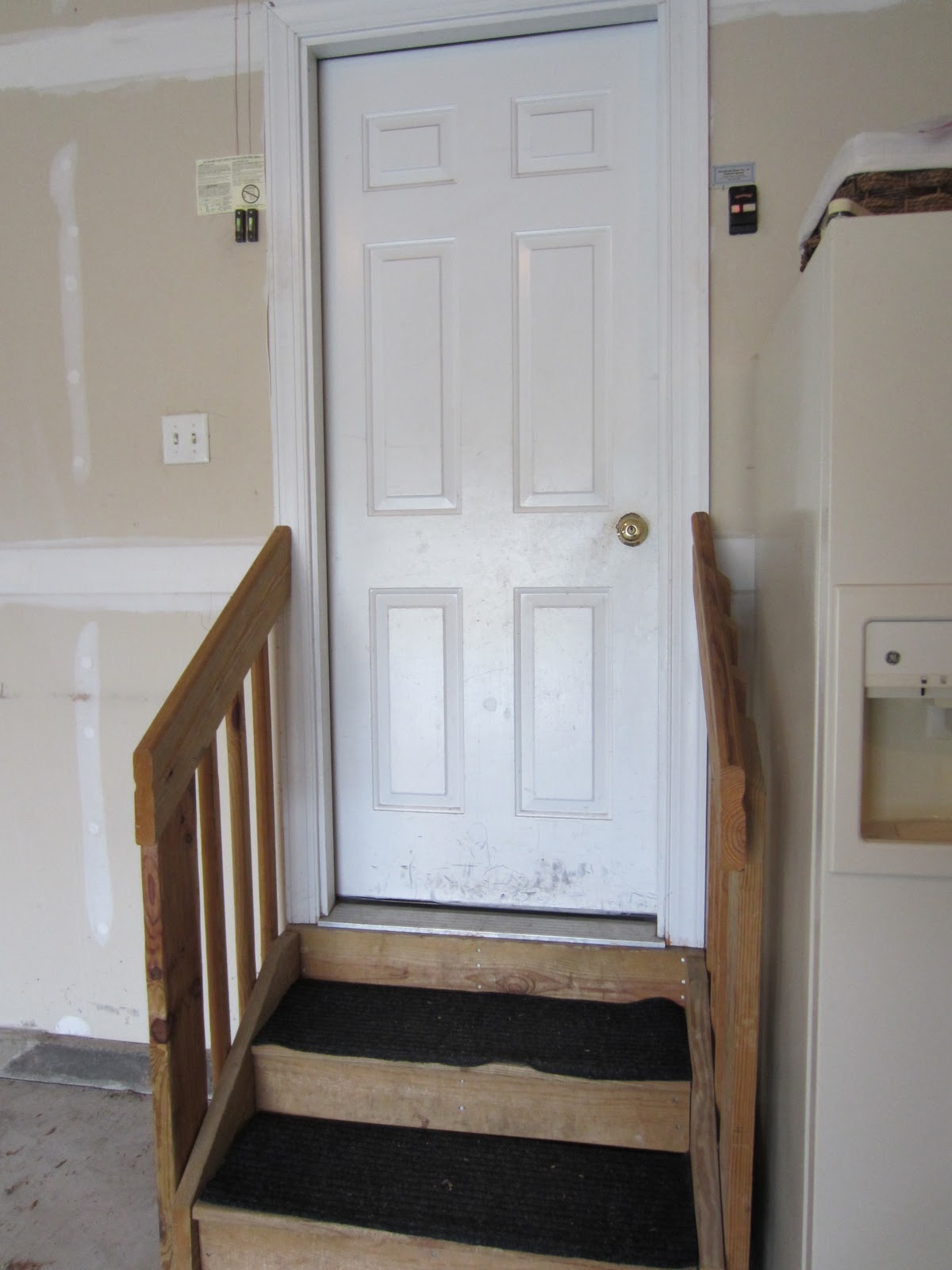 At some point, we’ll probably end up getting new door hardware…then setting up neater garage organization…oh, the list could go on and on!

But at least we are moving along. Now, I’m just trying to pick a garage color.  Most likely, I’ll choose a light beige or grayish color.

The question is the ceiling… Should I paint the ceiling white or just paint it the same as the wall color?
What are your thoughts?

Happy weekend and welcome to the Saturday Spotlight!   Can you believe Easter is almost here?  Just like last year, we’ll be spending the day at home with just our family.  Though, if by some chance the weather looks promising, we might invite some relatives over for dinner on the patio…we’ll see.  Fingers crossed!  In honor…

You might remember a few months back, we bought a used piano for my son. Well, I finally got around to decorating it.  As you can see, this is what the piano looked like in our living room the day it arrived. I knew I wanted to add some tropical touches so I started with the…

Happy weekend and welcome to the Saturday Spotlight!  Are you planning to attend any house tours this spring or summer?  Usually by this time of year, I’ve already purchased tickets for a designer showhouse or some kind of neighborhood home tour.  Unfortunately, there aren’t as many this year but I’m still keeping my eyes open. …

Breakfast in bed…such a luxury, right?  Well, it can be even more luxurious when you get to enjoy breakfast on a beautiful tray!  Today, I’m sharing my breakfast tray makeover…so maybe I’ll inspire you to update a tray of your own. With some paint, I transformed a simple wooden tray into a pretty white breakfast…

Are you finished with your Christmas decorating?  If you need some ideas and you love farmhouse style, come take a tour of our farmhouse Christmas decor in the kitchen.  Hopefully, I can inspire you to try some new things in your home! *Please note that this post contains affiliate links.  If you make a purchase…

Thank you to everyone who shared their thoughts on my recent post – Hardwood in the Kitchen…Yay or Nay?  You were all so helpful and brought up many good points to help with my flooring decision.  As always, I really appreciate all of your comments and great advice! And what was my decision, you ask?  Well,…