Last night was one of those wonderful, live in the moment kind of nights!

My husband and I met up with some friends to see Keith Urban in concert! 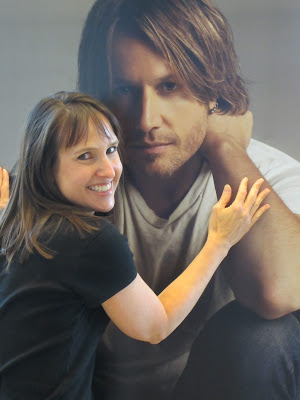 He played at the Prudential Center in Newark, New Jersey.  You’ve probably heard of Newark… 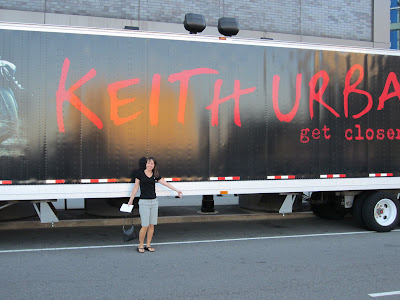 But enough about Newark.

The main thing is, we weren’t killed in a drive-by shooting,

(Yes, I did ask my husband if his windows were bulletproof! LOL).  We also weren’t robbed or assaulted.  Everyone was very nice.

Jake Owen opened for Keith Urban and was amazing!
Love that guy – watch out Keith…(more on Jake later!) 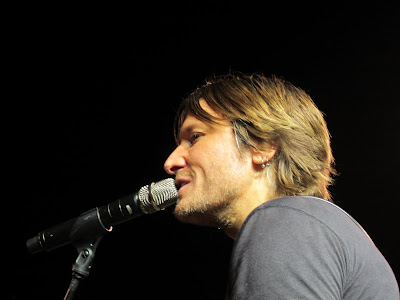 Let me set the scene.

Our seats were on the floor, dead center, row 19.

As we were evaluating our seats,

we noticed a round platform right behind our seats.

We assumed it was for a camera but

we joked that Keith was going to do a song there. 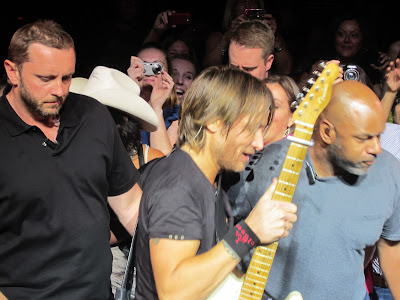 Three songs as a matter of fact! 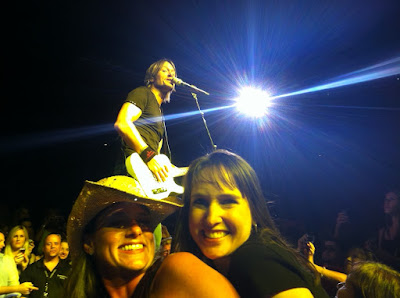 I stood on my seat and literally was 3 feet from him!

Yes, I felt like a giddy little teenager but who cares!

On top of that, he slapped my hand! 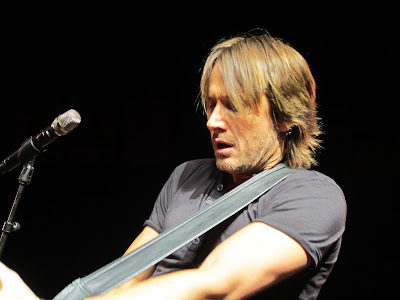 I don’t even think I zoomed in to take this! 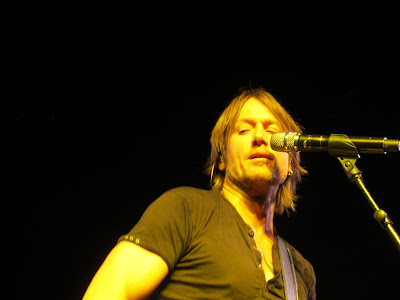 Keith played all of his hits, some great new songs and the crowd was going wild.

During “Kiss a Girl” he asked for volunteers.

Needless to say I was standing on my seat.

I didn’t get picked though 🙁

He brought 3 audience members up to “audition” and then let the crowd pick the winner.

I would have died for that chance!

But the hand slap and having him right next to me for 3 songs was almost as good!

I pretty much lost my voice.

I am now partially deaf too.

Oh, but it was SO worth it!

So after the fabulous concert,

my husband and his friend suggested

we go to the bar down the street.

Why would I want to risk my life

in downtown Newark at midnight?

I don’t know, but I agreed and was I glad I did! 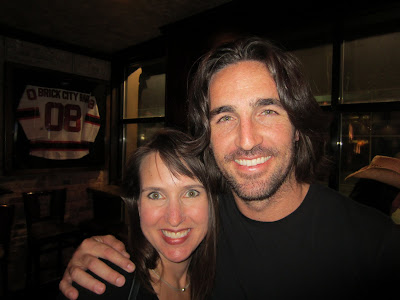 Jake Owen (the opening act) was in the bar!

We introduced ourselves and took a couple pictures.

He was the nicest guy (and adorable).

He noticed the golf shirt my husband was wearing and started asking him about golf and they got into this whole long conversation about how Jake played Augusta with his dad and how he has this great picture of him there with his arm around him.  My husband plays a lot of father/son tournaments with his own dad so once they got talking I was like – hello?!!  It was so sweet though because Jake really seemed to enjoy talking to my husband and my husband was just thrilled.  How cute that he was star-struck too!

Anyway, we’re pals now so look for me in the audience at the CMT awards.  LOL!

What a great night to remember!

Do you have any special concert memories?

I always find it interesting to determine my most popular posts of the year.  Ironically, not all of my top ten for 2016, were actually published in 2016!  And on top of that, a few of the most popular this year also made last year’s most popular list.  Apparently, I must have been writing about… 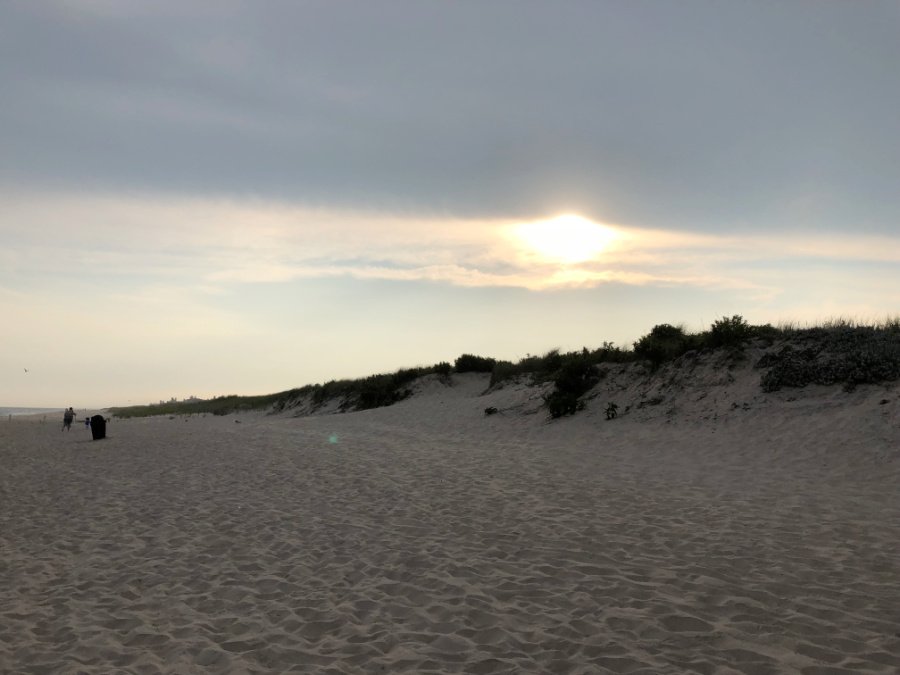 Apparently, I’m the last home-design-loving-blogger on the planet to finally see the classic movie, Something’s Gotta Give! The other night I watched it on demand and loved it!  Sure, I knew that I would swoon over that gorgeous Hamptons house, but I’m always hesitant to invest any precious time in a movie.  Practically every night,…

Due to the heat earlier in the week, Rosie spent a lot of time indoors enjoying the air conditioning and cold tile floor… and her toys. She gathers them up to sleep just like my younger son does at bedtime! With the high temperatures, it was hard to be outside working on the Invisible Fence…

It seems like I have a lot of decorating dilemmas lately… My latest dilemma involves the counter stools I mentioned in a recent post. When I gave you a tour of my renovated kitchen, I mentioned that I still need to replace these temporary stools.  I just have not been able to commit to some permanent ones….

In my last post, I took you on a tour of my new kitchen. But I am no photographer… If you would like to see some professional photos of my kitchen, head over to Houzz and check out the pictures just posted on the page of my amazing kitchen designer – Kitchen Designs by Debra. Here’s…

I can’t wait to read all the Haven Conference recaps from this past weekend in Atlanta.  Unfortunately, I had to miss the conference this year but you can read all about my experience as a “newbie” there last year – Haven Conference – A Newbie’s Perspective. And you can bet I will do everything in my…