I will admit,after arriving home from Zac Brown at 1:00 am the night before, the last thing I wanted to do on Sunday was drag the family into New York City…. 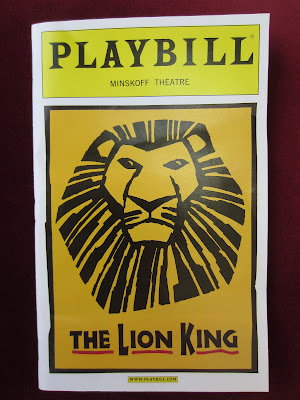 But we had tickets to The Lion King on Broadway and the “show must go on!”

So off we went! 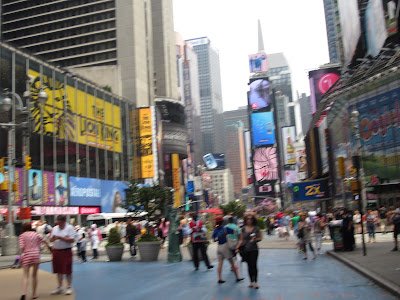 We actually started the day with a stroll through Times Square since we were parked right there. (I know, not the clearest picture…ooops!)

Then we marched to (actually ascended to) our first stop… 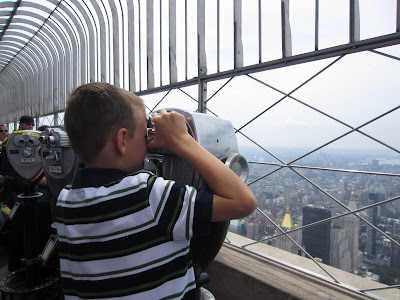 the observation deck of The Empire State Building!  Obviously, the kids were absolutely thrilled!  It was their first time in New York and what better place to get a view of the city! 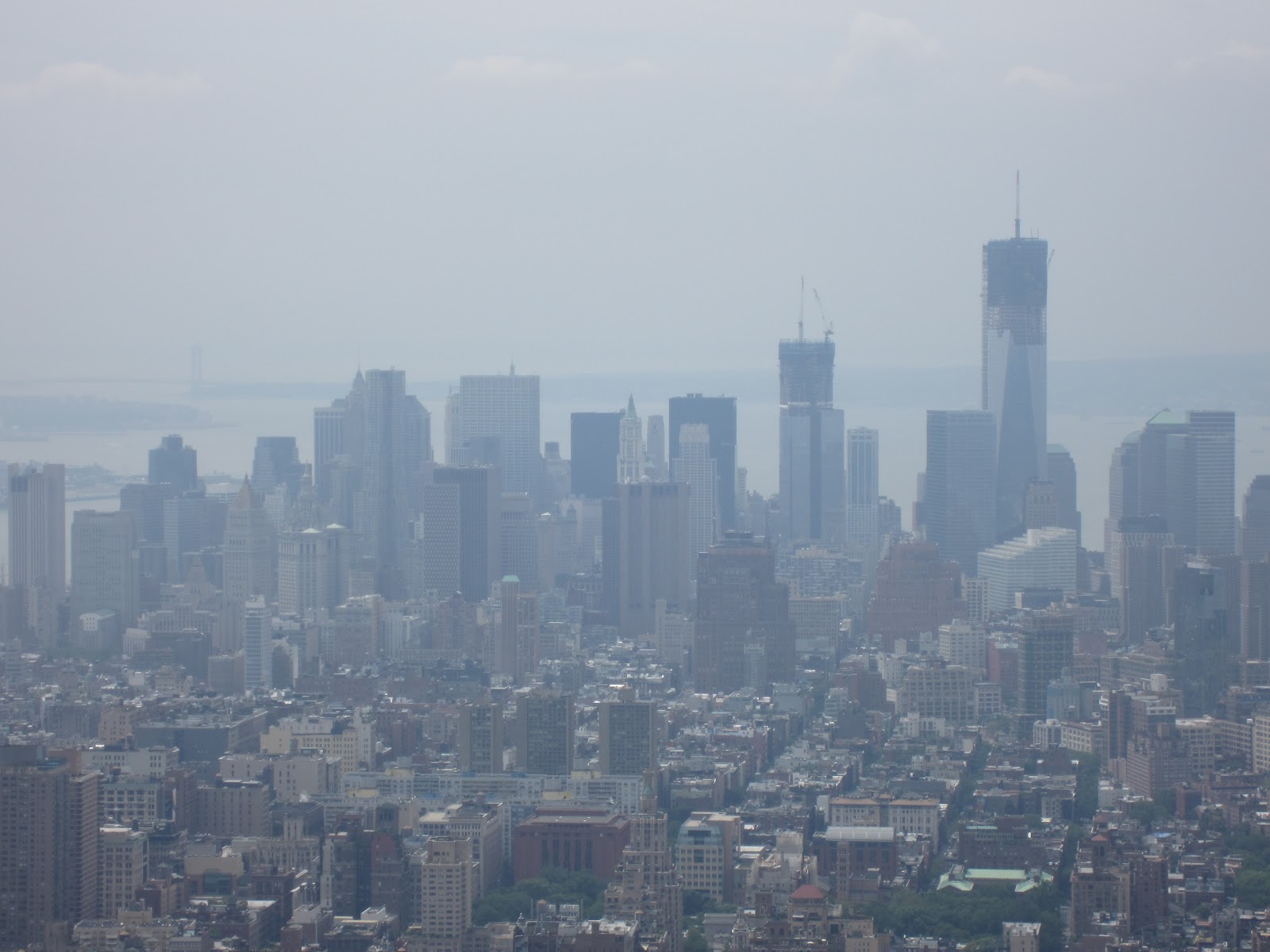 Believe it or not, neither my husband nor I had ever been to the top of the Empire State Building!  We had been to the World Trade Center several times though. That used to be the place to go back in the day because it was much higher.  As you can see in the distance, the new one is being built.

It was difficult to yank the kids out of there but we had places to go…Ridiculous places like the Plaza Hotel! 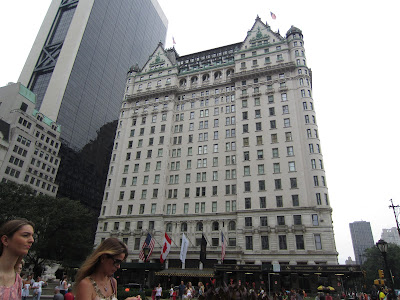 Why the Plaza Hotel you ask?
Well, because “Home Alone – Lost in NY” was filmed there  and my kids are obsessed with that movie! 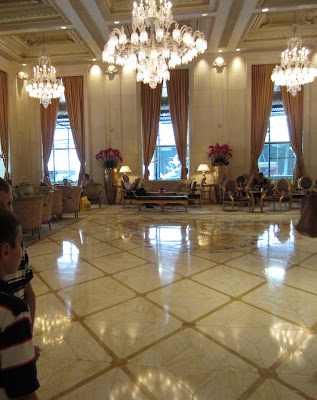 I am not sure what they expected to see, but they loved walking through the lobby! 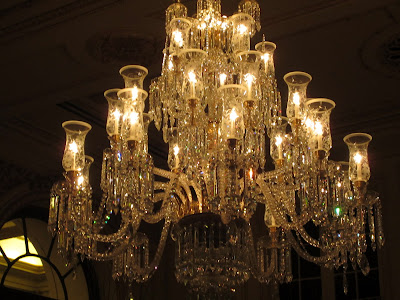 But it was even more fun to venture across the street.. 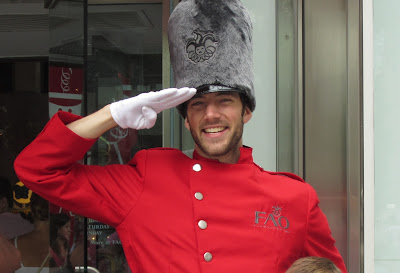 While there, we spent tons of time admiring all the displays. 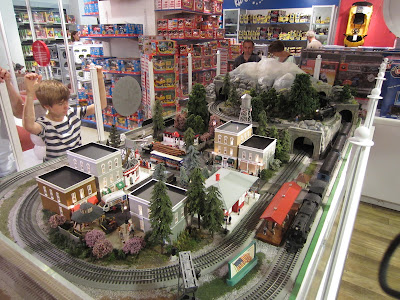 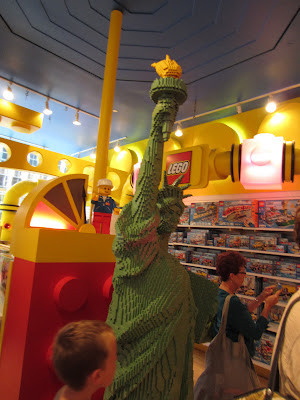 And planned their future Lego projects…Imagine how many pieces that took!

And of course, the kids enjoyed playing on the Big Piano! 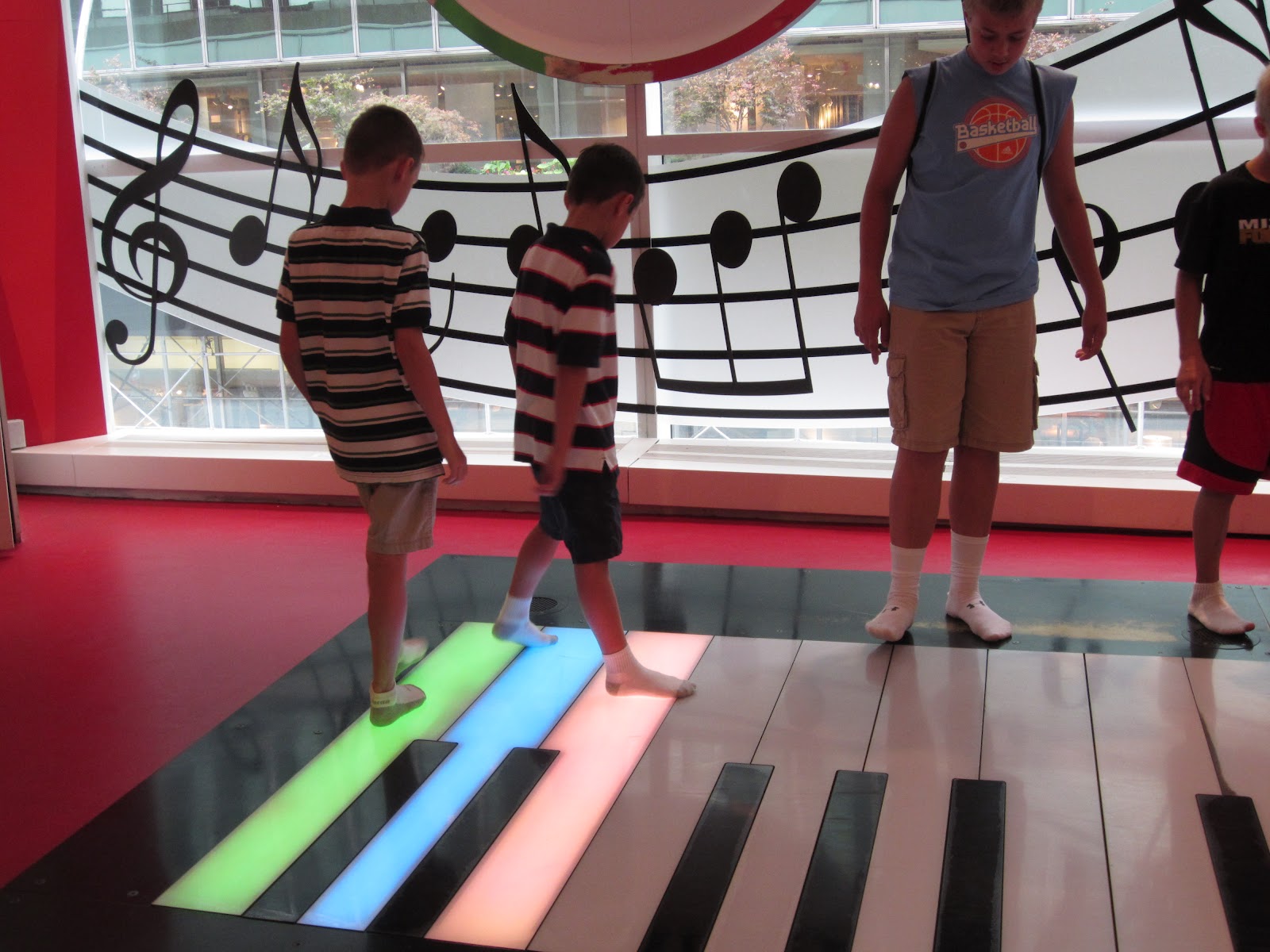 They were so excited to make the keys work! 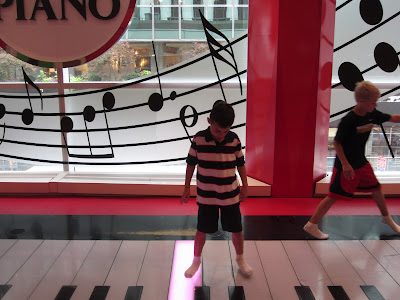 But it was lunch time so we headed back to Times Square for our lunch at Carmines on West 44th St. 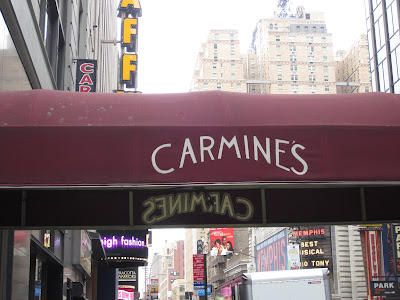 If you aren’t familiar with Carmine’s, it’s a famous Italian restaurant with the food served family-style. So basically, you end up ordering way-more

than you could ever eat!  But my kids are huge pasta and meatball fans and since we were all starving at the point, we all ate more than I would expect!

But once again… we had places to go.

(Actually the whole reason for writing this “review”!) 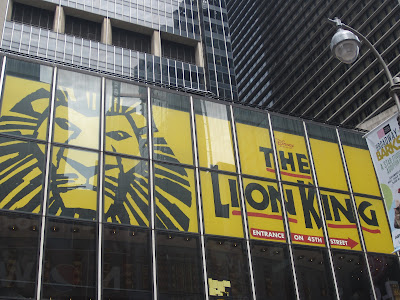 And since the Minskoff Theatre was right next door, it was an easy walk to the show!

Actually, the kids were disappointed we couldn’t take more taxis! 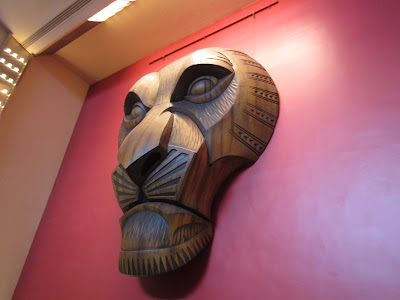 Even though my kids have been to local theaters before and have always enjoyed live shows, The Lion King just blew them away!  It really was an experience they will never forget!

My boys are 6 and 8 so they are definitely a good age for Broadway.  But I knew the show would be long and we already had a busy day.  I wondered how they would hold up!

Well, they were great!  Even with the first act being a bit long, my little troopers hung in there.  And just when my 6 year old got a little antsy and whispered, “How much longer?, it was time for intermission.  They refreshed themselves with some drinks and were engaged the whole rest of the production!

They both loved all the effects, the songs, the changes in scenery and when the characters cruised up the aisles.  The boys were also amazed that there were “real kids” acting in the show!

The Lion King was the perfect show to bring children especially for a first-time theater experience!

There were times when I would look over my kids and the expressions on their faces were just priceless!  It was one of those “live in the moment”
experiences!

But the most memorable quote was when I asked the kids what their favorite part of the day was and my older son said, “I can’t pick a favorite because it was the best day ever!”

One of the many moments to love being a parent! 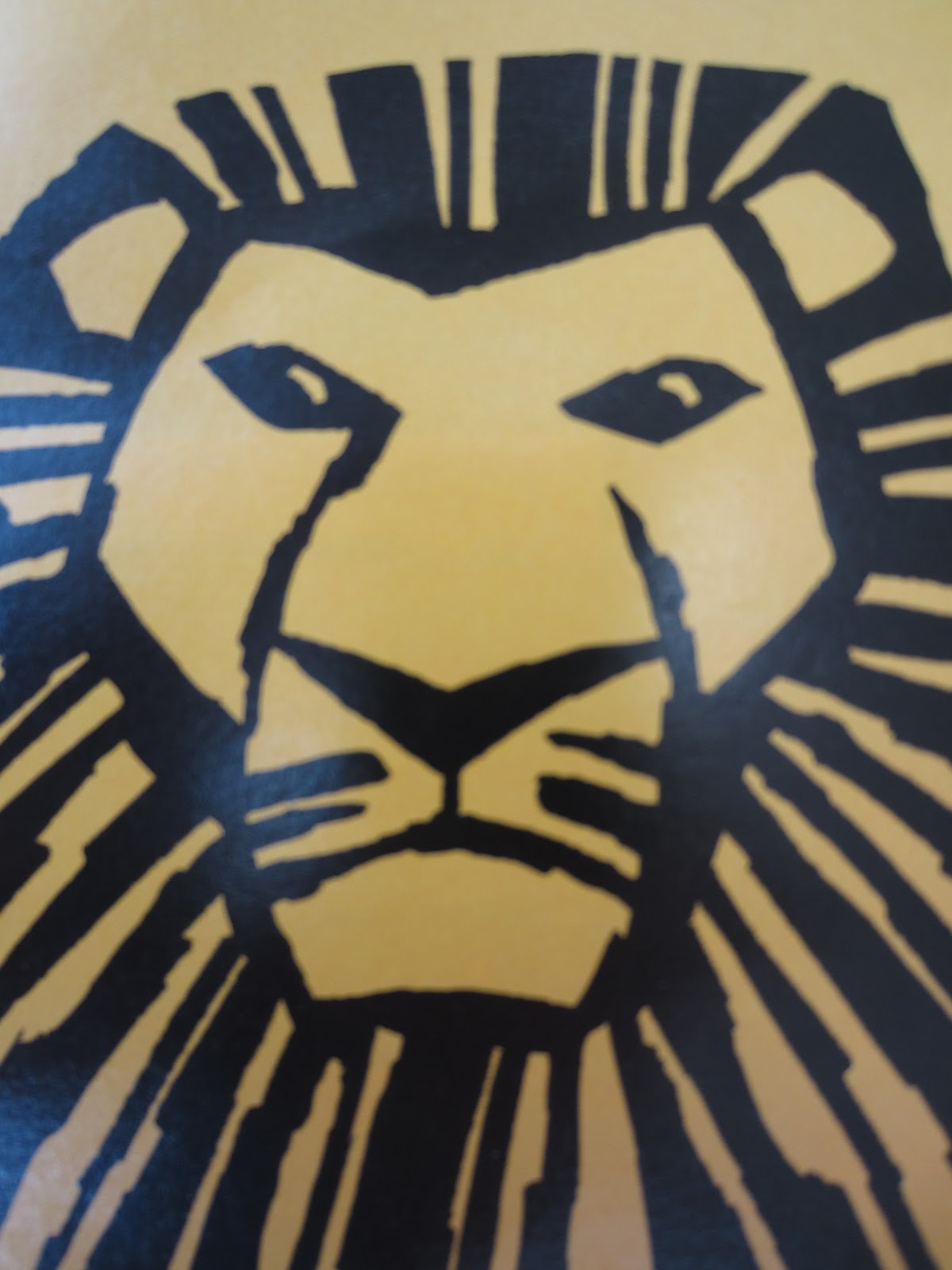 So, my obvious recommendation for The Lion King is to go see it!

It’s a wonderful show to see with kids or as a first theater experience.

Have you been to any Broadway shows recently?

Happy October everyone!  Finally the weather has changed and it’s getting cooler here in the Northeast.  It’s been so nice to sleep with the windows open every night now.  I always forget how much I love this time of year. We made a quick getaway to Vermont this past weekend and I will tell you…

Last week I babbled on about all my vacation adventures and dining experiences on the island of Grand Cayman. Today, I will show you where I shopped  in the precious few minutes I could tear myself away from all the family activities. On our last trip to Grand Cayman, most stores were scattered up the… 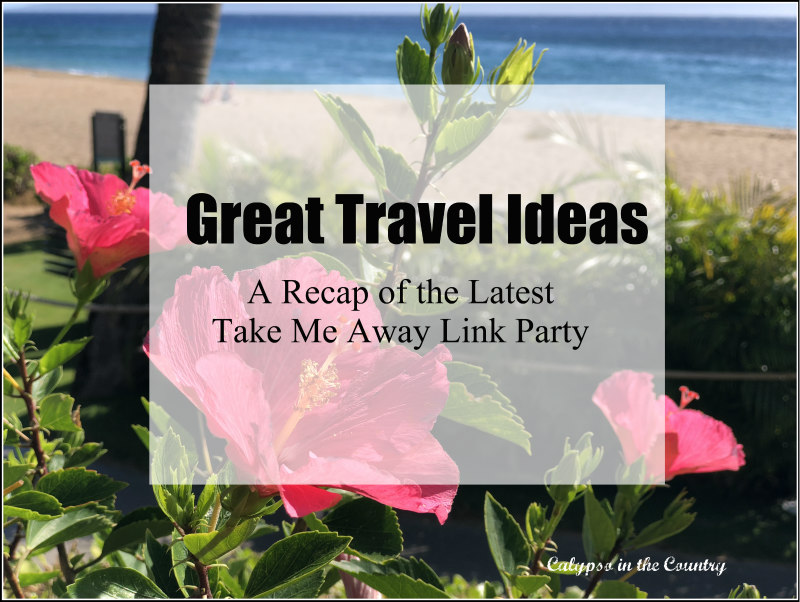 If you are planning a vacation, I am sure our monthly Take Me Away party will give you some great travel ideas! In February, bloggers shared the following travel posts… *Since I know you are going to be pinning many of these to your Pinterest boards, please be sure to click over to each blog… 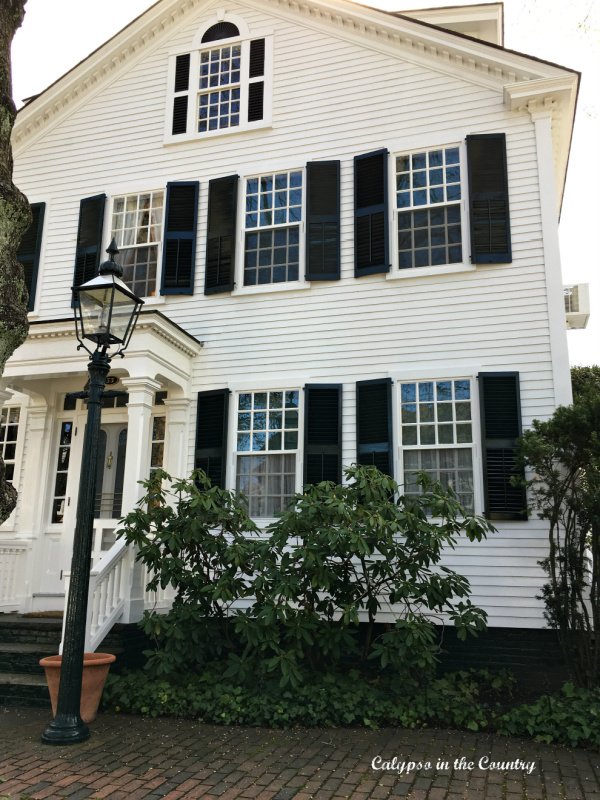 Happy weekend – and welcome to the Saturday Spotlight!  Since my son and I just returned from visiting a few New England colleges, I thought I’d share some inspiration from that beautiful region. So today, I’m highlighting New England travel destinations, New England decor and basically everything we love about classic New England style!  Let’s…

Many of you are sending your kids off to school in the next few weeks.  Here in New Jersey, the kids start after Labor Day so basically we have another month left of summer fun.  (Don’t be too envious though, our kids don’t get out of school until mid-June!) Anyway, the other night while doing… 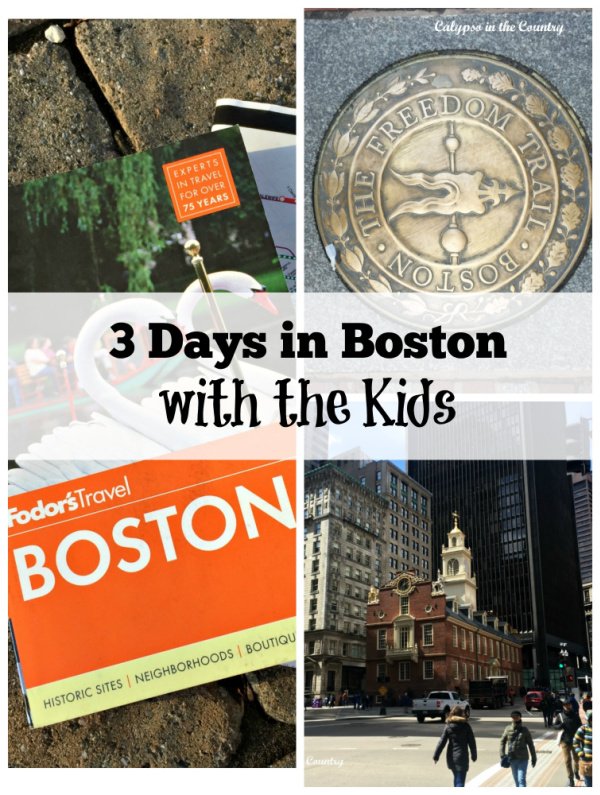 On day three of our trip, we woke up to another beautiful, sunny day.  Luckily, the wind died down and it ended up being a perfect day to walk around Boston with the boys! Since I couldn’t leave Boston without one more stroll through the Beacon Hill area, I chose a place for breakfast a…