Rosie’s week started off as normal as she would expect. 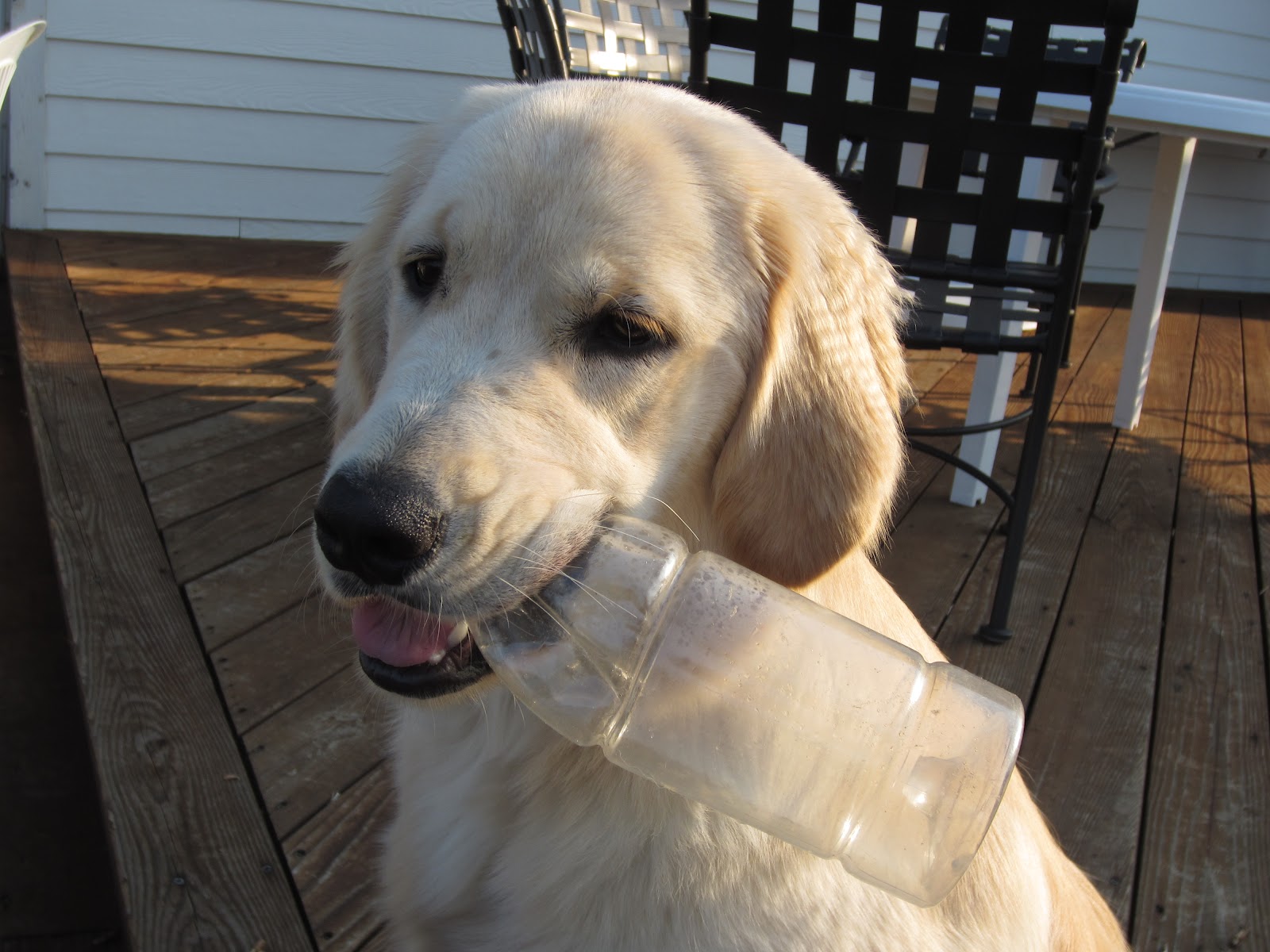 She spent loads of time outdoors,

ran around with the kids 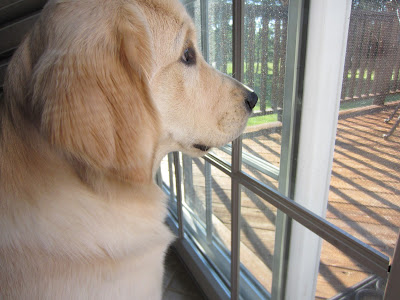 Little did she know

what was in store for her later in the week!

Tuesday, while the kids and I were at the Crayola Experience,

Rosie was at the vet getting spayed.

When I picked her up later that afternoon,

I was not prepared for all the restrictions she would have.

I was told she could not lick the incision area at all.

Then they told me she could not

run, or jump or go down stairs

She is a puppy.

How on earth am I going to control her from the running and jumping?

Now, I know spaying is a major operation for dogs.

It is basically a hysterectomy.

But for some reason

I never gave it much though beforehand.

Of course my brain is a little fried

with the kids home all day.

I have been going back and forth

between enjoying all the quality time with them

and trying to cherish every precious moment…

to counting down the days till camp starts!

within the next week.

Luckily, we don’t have to commit to the exact days in advance

since the house belongs to the inlaws…

and luckily Rosie would be coming with us this time

instead of staying at the kennel…

for Rosie to go outside to pee,

she has to go up and down a flight of stairs!

The vet told me I should plan on carrying her

up and down the stairs.

Be prepared to see some photos of my impressive arm muscles

in the next few weeks!

I took her home on Tuesday wearing a soft fabric donut.

like those rediculous plastic cones you see dogs wear.

After being home an hour or so,

On the family room rug.

I called the vet and she said to feed her a little rice.

If she doesn’t keep it down, then call back.

She threw that up a half hour later.

Back to the vet we went for some anti-nausea medicine

and some fluids to keep her hydrated.

But while we were there,

the vet noticed Rosie was able to lick herself with the soft donut on.

So off went the tolerable one,

and on went that rediculous plastic cone!

The poor baby looked so pathetic.

I just wanted to cry.

She bumped into things

and looked up at my with those sad eyes.

But at least she didn’t get sick anymore

and actually figured out how to sleep with the cone. 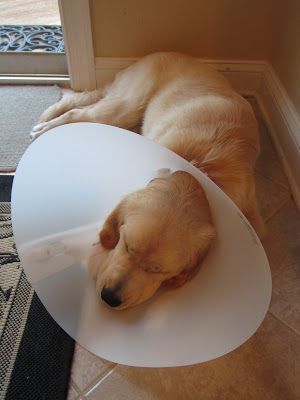 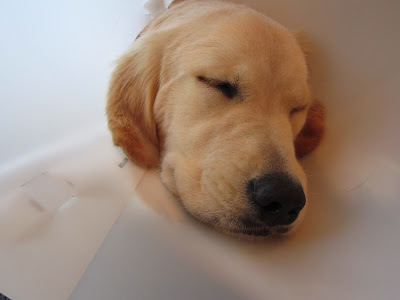 What a good sport.

So, needless to say,

I slept downstairs on the couch

and I didn’t put her in her crate.

Actually, I don’t think the cone would fit anyway!

She has been on the mend ever since… 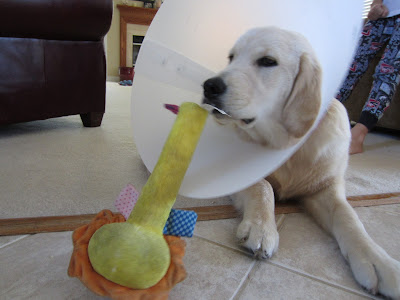 and she is adjusting quite well to her “new look”. 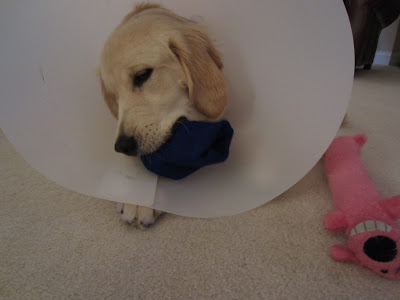 And is already back to her usual antics

of stealing the boys’ sports socks.

She is still my happy little puppy!

It should be pretty interesting

if we end up going to the beach.

while the boys play around on the beach with Daddy.

Have you had any experiences getting a pet fixed?

Our week between Christmas and New Year’s has been filled with all kinds of friend and family activities. My dear friends who moved to South Carolina were in town for the week.  Of course, we made sure we got together with them as much as possible. Yesterday, we had a mom and kids’ day in the…

Our family spent last weekend at the Jersey Shore.   Not because the weather was fabulous or anything…It was NOT. But after all it was Memorial Day Weekend and the kick-off to the summer season! We have family members who own a house there so the weekend was more of a family get together and…

We’ve been busy these past few days… We spent Memorial Day Weekend at the Jersey Shore with family. And family of course includes dogs…  I think they wanted to come to the beach with us! (That’s Rosie on the right – I haven’t shown her little face in awhile!) We had a beautiful weekend! Sunday…

We finally decided as a family last night that we are getting a dog! Our dog of choice:  A Golden Retriever! My kids spent most of the summer with my in-laws’ Golden Retriever and have been wanting one of their own for several years. For years, my husband has complained about the hair all over….

Since I don’t want this to turn into a dog blog, I decided that I will just post a puppy update once a week…probably on Sundays. Today, I will start by showing some pictures from yesterday. Here we are, picking her up from the breeder. Her car ride home….Is that the saddest face you’ve ever…

Remember to stop by tomorrow for my first ever… Spring Break Link Party! Link up your favorite vacation posts – old or new!   We can’t wait to see where you have been!