After rubbing elbows with the Travel Channel cast last Tuesday,

we headed over to the Seaside Park borough hall

for our next event of the day!

And while Zac Brown and Bruce Springsteen music

rocked over the loudspeaker,

our own Jersey “rock-star” emerged from his vehicle!

No, it wasn’t Jon Bon Jovi or Springsteen himself

but a rock-star in my mind… 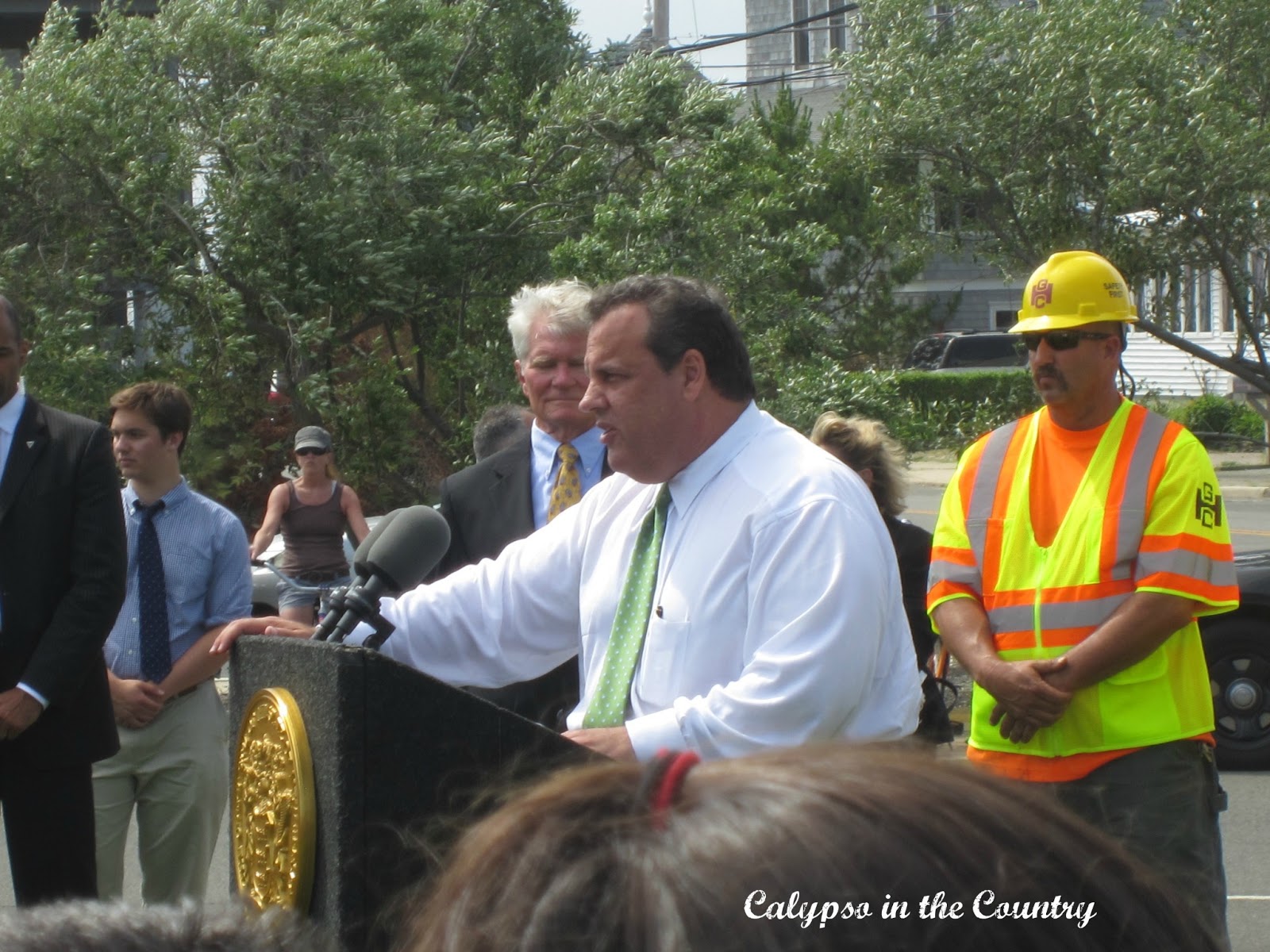 Now without getting all political on you

I gotta tell you – I love this guy!
Even if he wasn’t Governor,
I would still want to have him over for dinner! 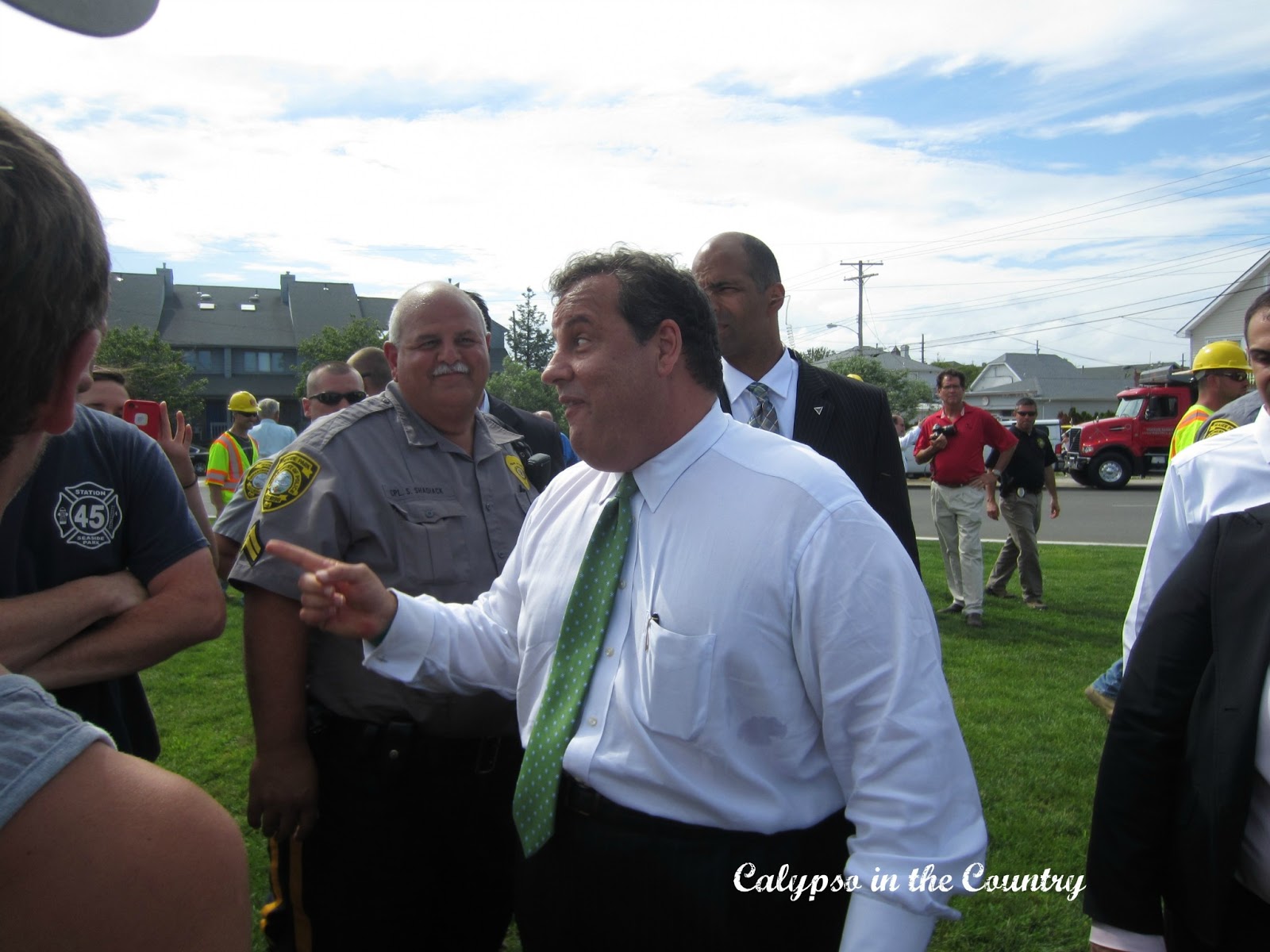 He is charming, funny, a great leader

and just what New Jersey needs to be

“Stronger than the Storm”!

And how awesome that he has a Summer Playlist!

After his speech was over,

he stopped and talked to every person who wanted to say hello.

I was totally gushing when I shook his hand

and he was so gracious to every person there!

My only regret is that I didn’t have my picture taken with him.  I was too busy taking pictures of him with my kids who were almost as excited as I was.  My 9 year had taken a class trip to the state capitol this past spring and his class was able to tour the Governor’s office.  My son was disappointed that he didn’t get to see Governor Christie in person so you could imagine how thrilled he was to actually meet him!

Governor Christie’s speech that day focused on rebuilding a stretch of Rt. 35 that was damaged in the storm. As always, he was straight to the point, funny, a bit sarcastic and as entertaining as ever!  He captured the attention of the crowd with his witty remarks and gave us all hope that that area of the shore is on it’s way back.

Oh, and to mention Jon Bon Jovi one more time… did you hear that he donated $1,000,000 to the state’s recovery fund for Superstorm Sandy?  Read about it here – Bon Jovi Teams up with Chris Christie for Sandy Relief.  Another Jersey guy I just love!

So overall, I would say we had a pretty exciting afternoon.

We followed it up with an evening on the boardwalk with the family. 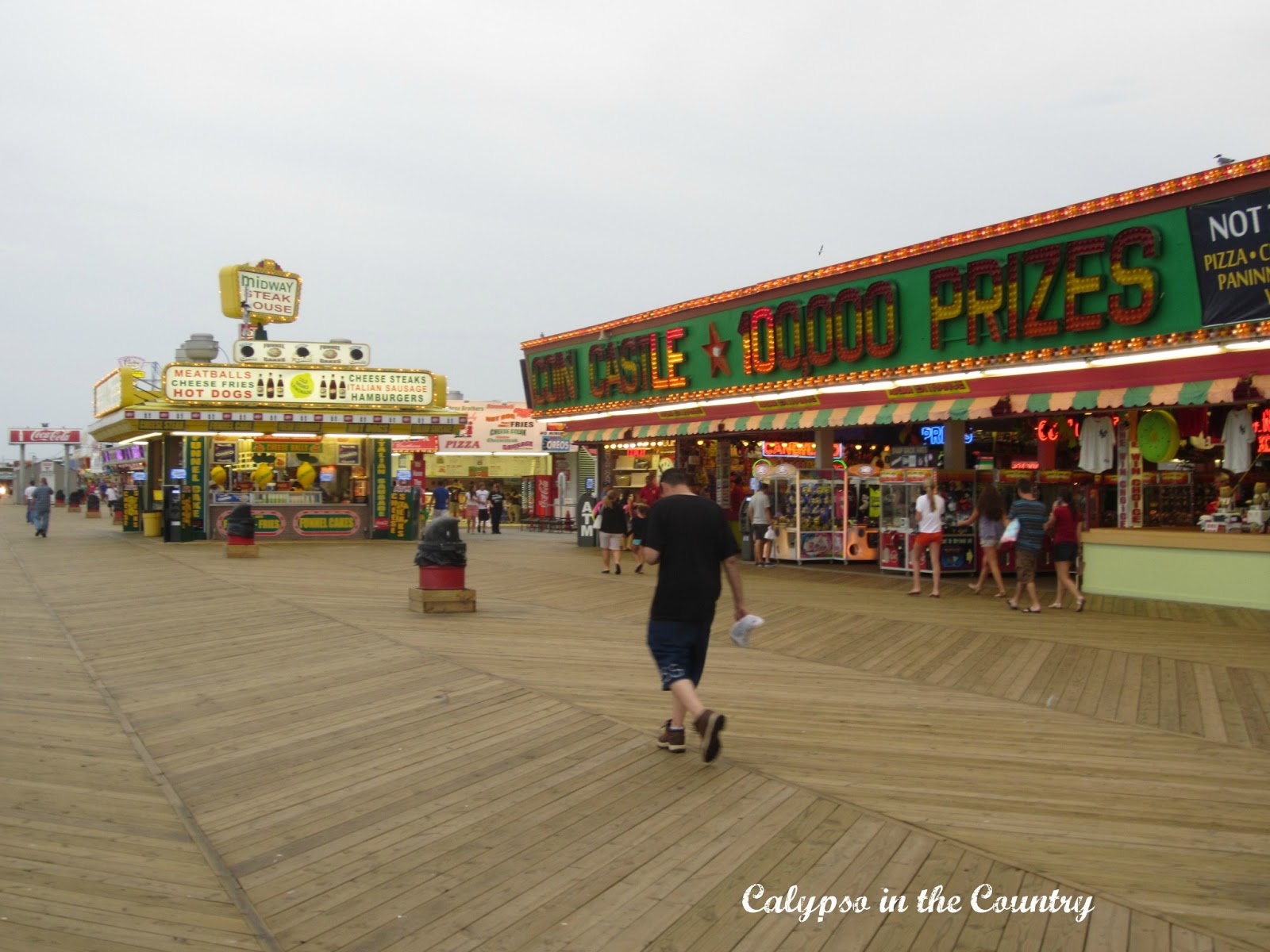 The boardwalk is coming along and getting busier all the time.

I remember that Midway Steak House from when I was a kid.

and my grandfather couldn’t leave before he stopped for a cheese steak there! 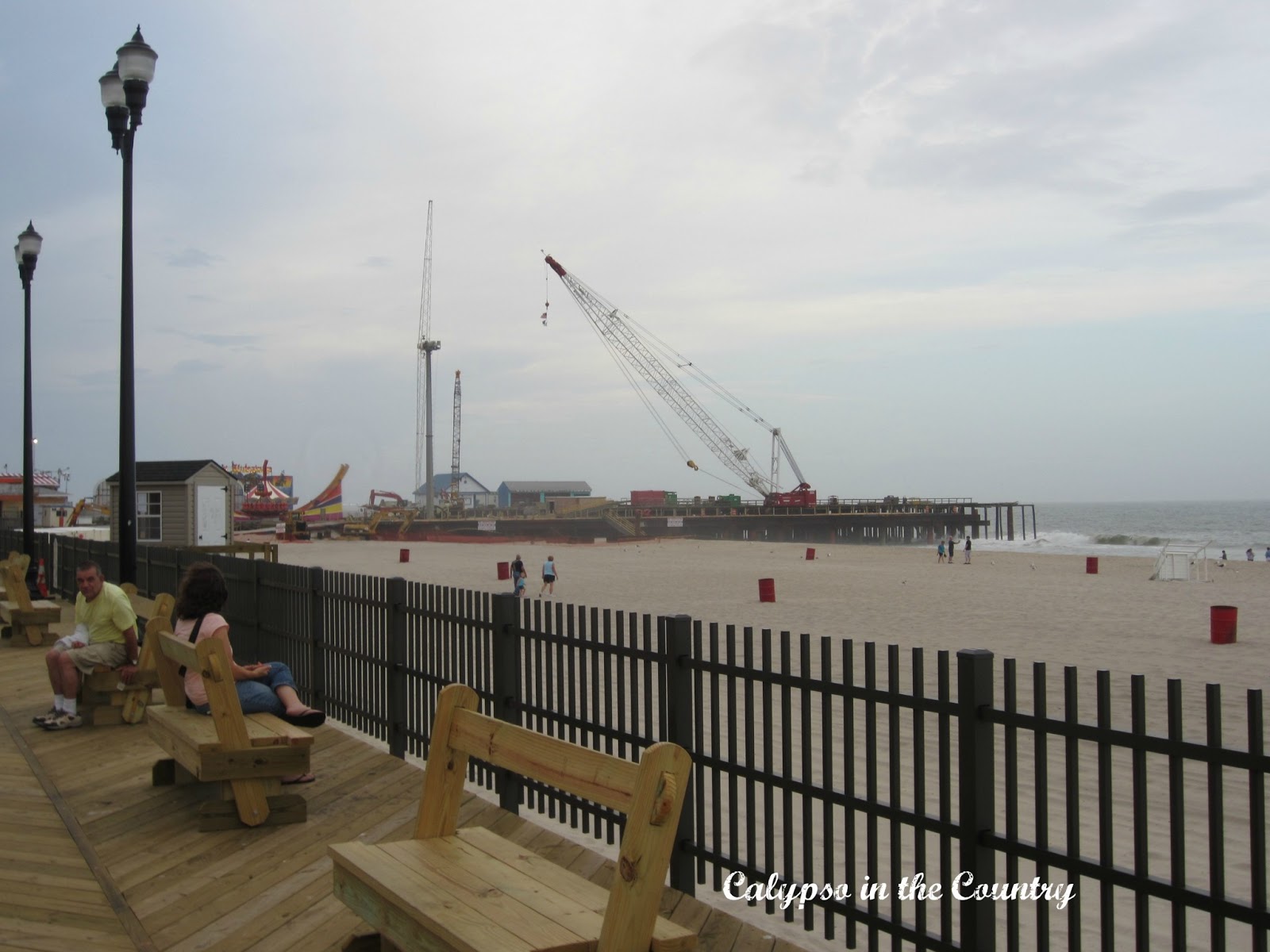 It’s wonderful to see the progress

they are making to rebuild that section of the boardwalk.

As the latest slogan says, we’re
“Stronger than the Storm!”

Did you meet any “rock-stars” lately?

If you are going to see Bruce Springsteen in concert, New Jersey is the place to see him! Last night, I had a girls night out watching Bruce perform at the Prudential Center in Newark, NJ. We started the concert off with a few snacks and cocktails in the bar and headed to our seat for…

I always love Alison’s “Favorites on the First” parties over at her fabulous blog, The Polohouse. While I don’t always have something to contribute, I do enjoy viewing what other bloggers have posted. This month, I can join the party! The theme is: “My Favorite Chair”. I actually chose two… I chose one for being pretty…

Most of the time, my boys do their homework in their bedrooms. And even though my 10 year old has his own desk, lately he likes to work on his bed.  He says he can spread his papers out when he sits there.  I figure, as long as he is getting the work done, he…

The new travel link party, Take Me Away really took off this past week!  Well, actually we didn’t have a huge turnout but those of you who linked up really shared some amazing places! Instead of just featuring a few, I am going to share all the wonderful trip reports with you!  I will continue to…

Recently we upgraded our TV in the basement playroom to a 51″. Now, as you can see, we need to upgrade that wimpy little media stand to something a little larger. I don’t want to spend a lot although I want something that will work better size-wise.  I also need some serious storage for all…

It’s been a crazy busy couple of weeks around here.  Seriously, where does the time go?  I just wrapped up co-chairing an annual event at my son’s school.  This was my 4th and final year so it felt a little bittersweet.  Next year is middle school, which doesn’t have as many opportunities for parents to…