Thank you to everyone who shared their thoughts on my recent post – Hardwood in the Kitchen…Yay or Nay?  You were all so helpful and brought up many good points to help with my flooring decision.  As always, I really appreciate all of your comments and great advice!

And what was my decision, you ask?  Well, we have decided to go ahead and install the hardwood in the kitchen!  Yay!  One decision down, a million to go… 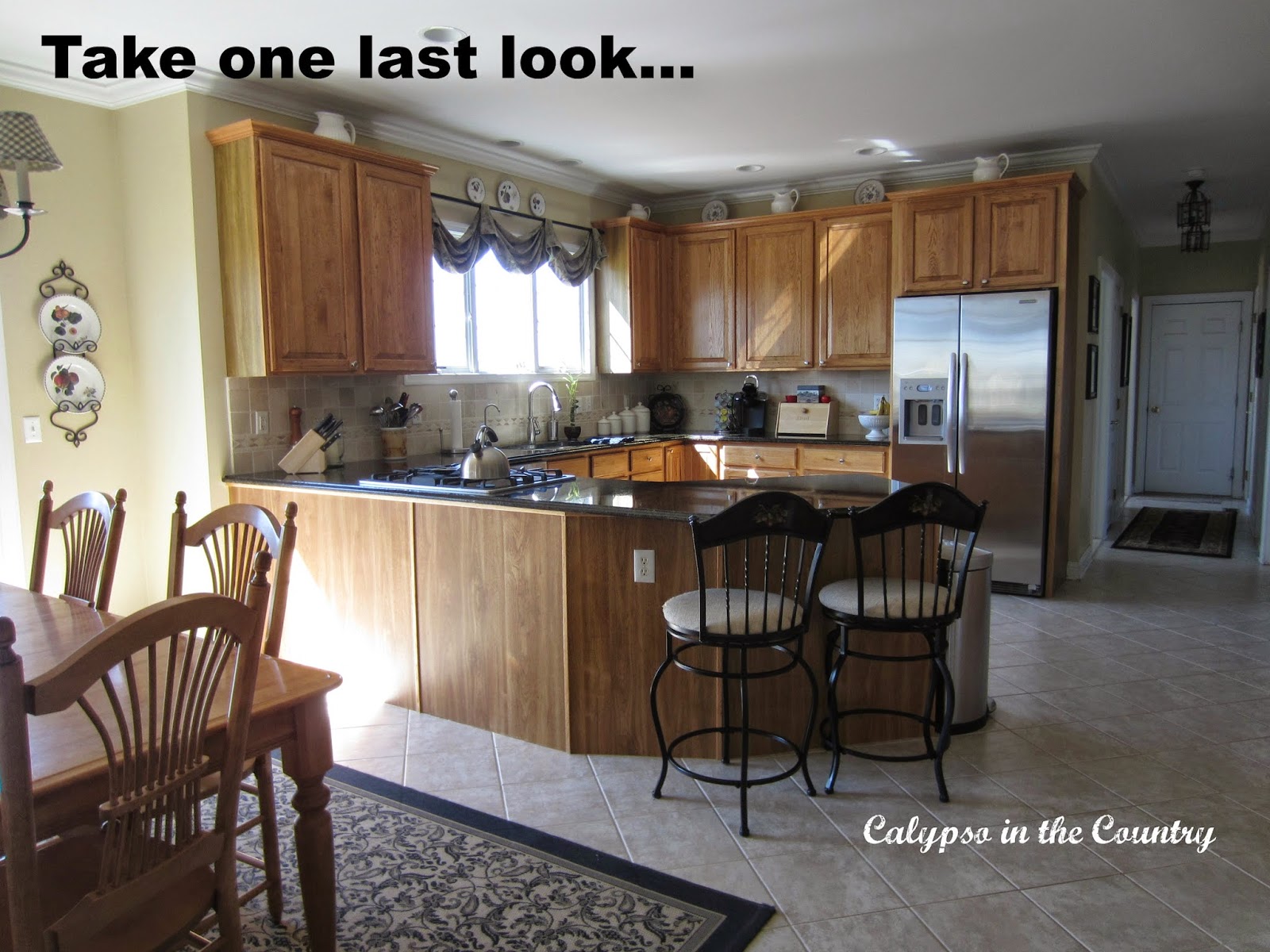 Honestly, I think my biggest hesitation was the fear of the mess and smell involved with the sanding, staining and finishing the floors.  Sure, I still have that fear but we are planning to stay with relatives during that week (or two).  Basically, I had to decide what I really wanted in the long run.  I think I can deal with a couple weeks of inconvenience to get the look I want.

Sure, I know pre-finished floors were another option but our contractor steered us away from those.  He believes the finished on site floors work out better in the kitchen with spills.  Also, he thinks they don’t fade as much as the pre-finished ones do…which I totally get after dealing with the fading of my existing floors. 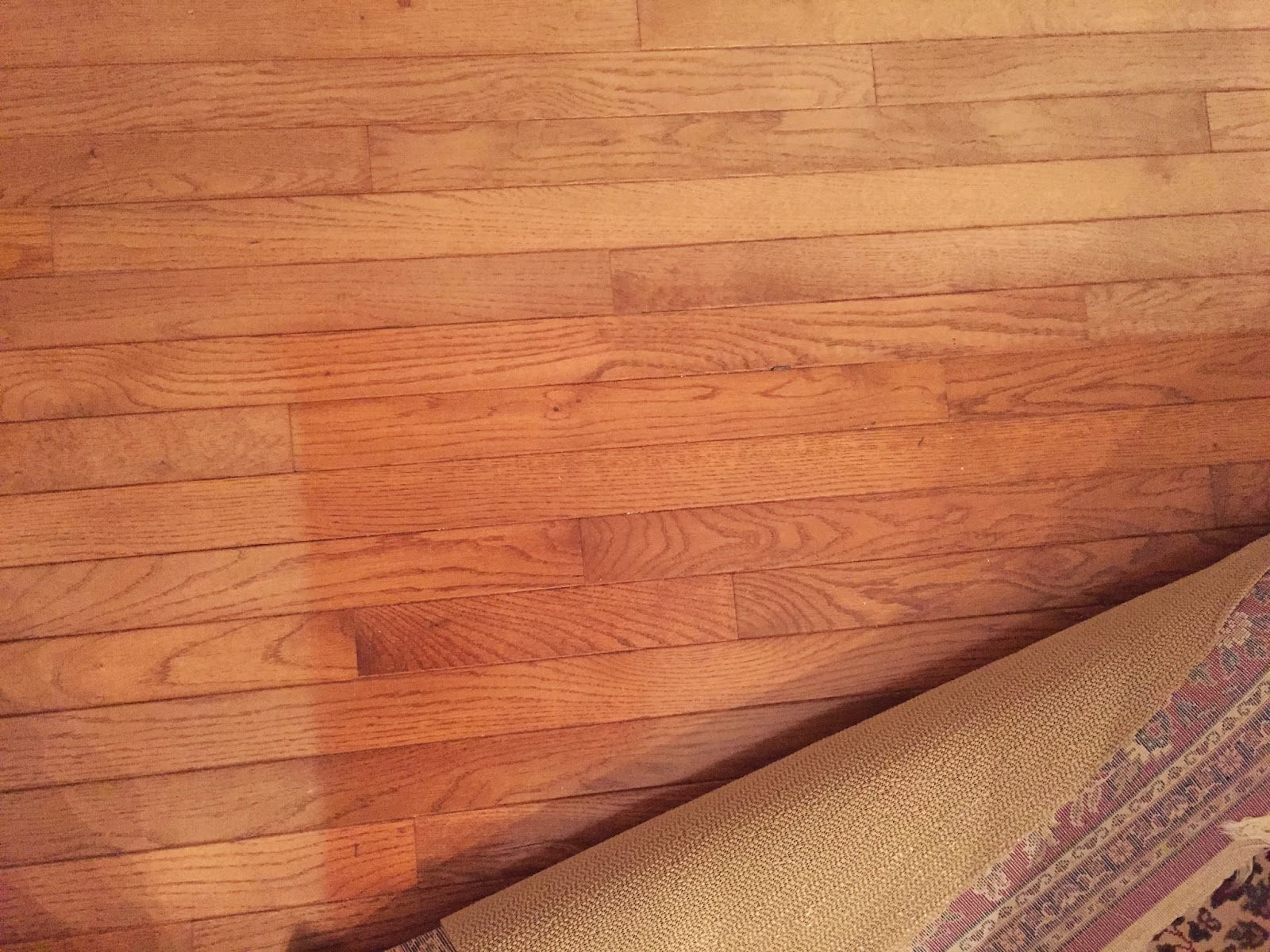 Take a look under my dining room rug.  It’s hard to tell from this picture but the faded part of the floor isn’t even a color anymore.  Not pretty.

Another reason I chose hardwood floors instead of tile in the kitchen is because our new cabinets will be white.  I love the look of wood floors with white cabinets.  For years, I’ve wanted a white kitchen.  If you follow me on Pinterest, you probably noticed that I have pinned practically every white kitchen that exists to my kitchen board.  Sorry about that by the way…I am sure if you follow me you are getting tired of all these kitchen pictures popping up in your feed!  Hopefully, I won’t regret having a white kitchen with two boys and a not-so-neat-when-he-cooks-husband!  For the island, I did decide to go with a stained wood, though.  Maybe that will help…

Now, I just have to decide on the range or cook top size so I can get my cabinets ordered!  Seriously, I can’t believe I am agonizing over every decision.  You would think after 2 years of talking about renovating my kitchen, I would know exactly what I want!  Mid-life crisis…

*Update – If you want to skip ahead and see the results of my flooring decision, you can read – The New Hardwood Floors are Installed.

With all these decisions to make, I have been dealing with two sick kids.  My older son had a stomach virus last week and my younger son has a fever now.  He stayed home from school yesterday and today.  Good thing tomorrow is Saturday!  My poor babies.  I just hate it when they are sick! 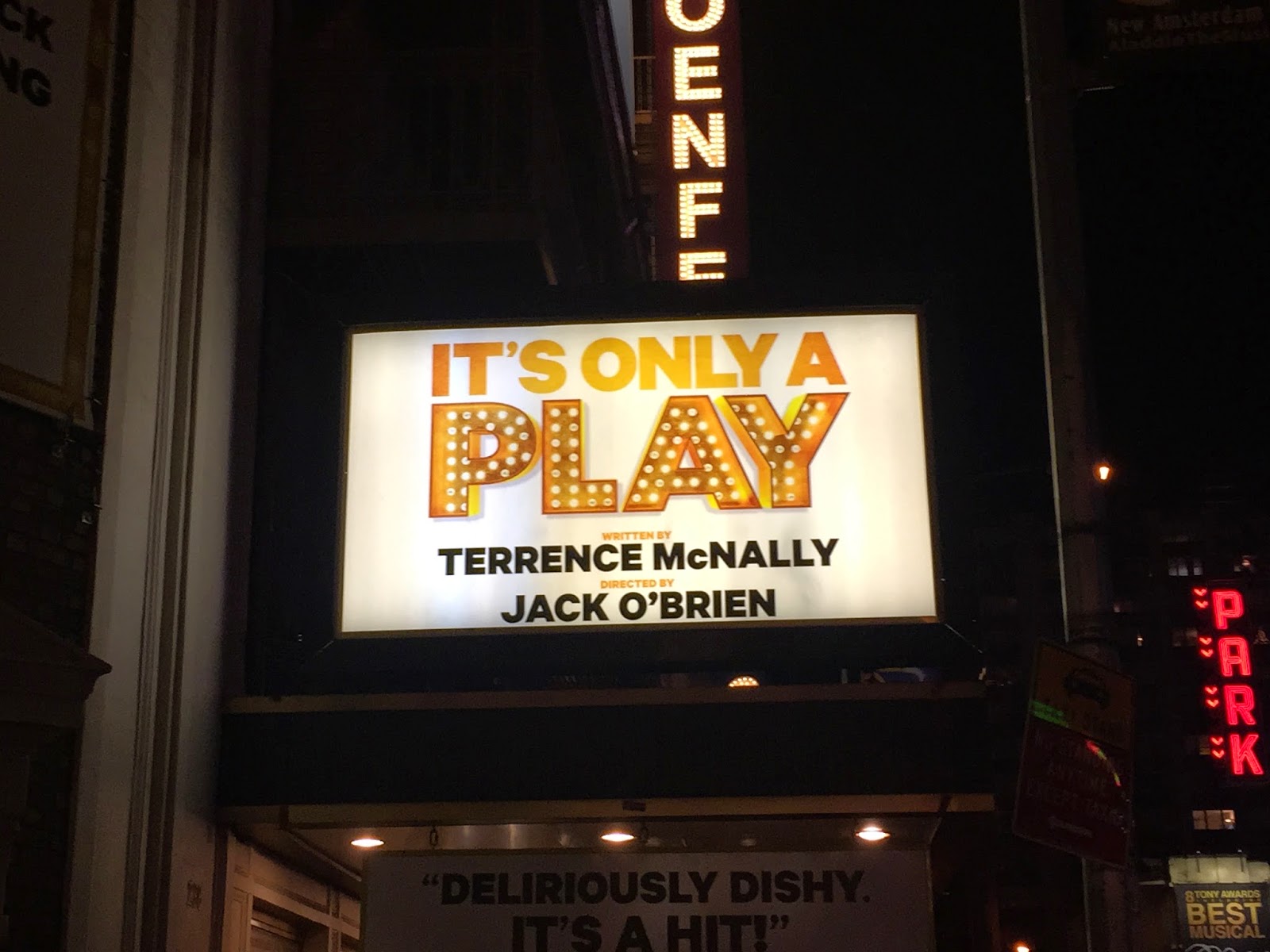 It was one of the best shows I have seen in a long time.  Amazing cast…I mean seriously, how could you go wrong with that ensemble?  We were lucky to see Nathan Lane just two days before his last performance in that show.  He will now be starring in “The Iceman Cometh” which starts in February.  Busy guy – and SO talented!  I need to put that show on my list.

Then the second weekend in January we headed up to Vermont for another 3 day weekend.  It was ridiculously cold.  The four of us skied that Friday but my 8 year old declared that he would not be skiing on Saturday due to the freezing temperatures.  I didn’t blame him.  In fact, I was relieved that he didn’t want to because that meant I got to relax all day in the warm townhouse.  My husband and my 11 year old ski bum ventured out for a few hours in the 10 degree weather.  They had the best time together so it worked out for everyone! 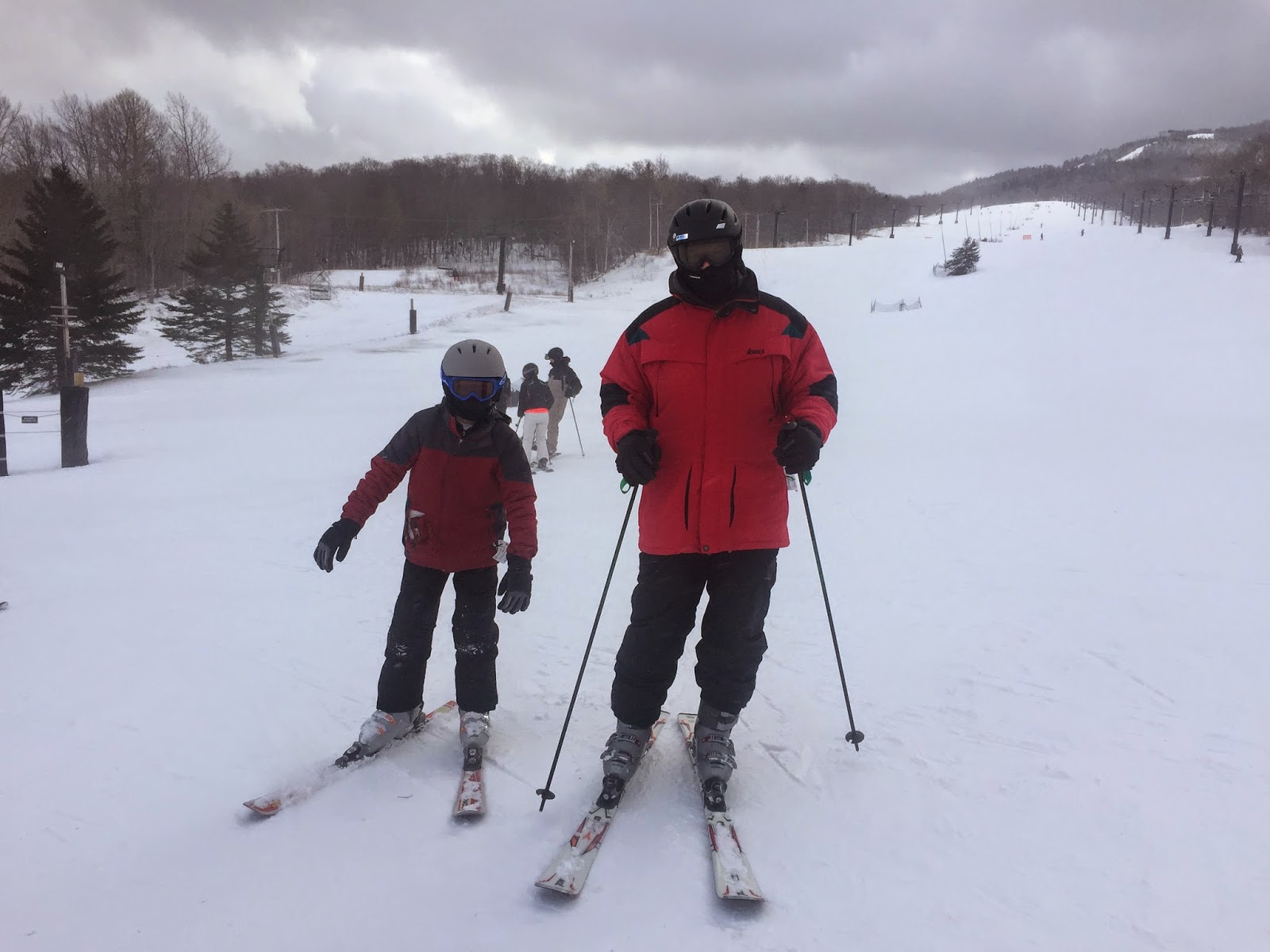 We left Vermont early that Sunday so we could have our families over to celebrate my 11 year old’s birthday that evening.  Nothing like trying to squeeze a few activities into one day!  I spent part of the car ride home trying to figure out how I would pull off cooking dinner for 12 people and then decided to call a local Italian restaurant and order a few trays of pasta and chicken dishes.  I whipped up a salad and voila – dinner was served!

Last Sunday, both boys had their piano recitals.  I am so proud of both of them.  It was my 8 year old’s first “real” recital.  Last year he took a group keyboard class and their recitals were just the small class and the parents.  This was a bigger deal with a bigger audience.  I know he was nervous beforehand but he didn’t show it during his performance.  He marched right up there and very clearly stated his name and the pieces he would be playing.  Afterwards when I told him how well he did, he gave credit to his brother for teaching him what to do.  So precious.  I guess they don’t fight all the time…

And now like I said, I am home with my sick 8 year old.  He keeps coughing so I am hoping this doesn’t turn into bronchitis or something.  Ugh…is it summer yet?

With all the craziness around here, at least I finally made my flooring decision! 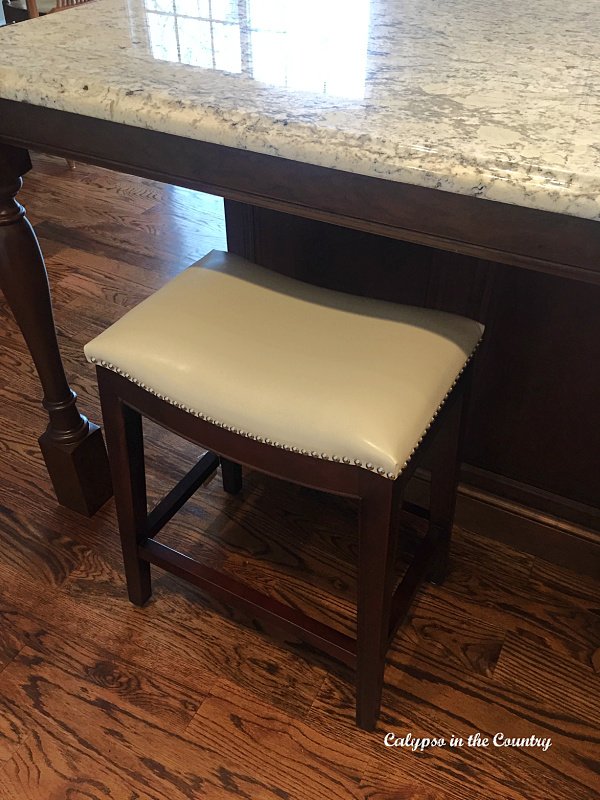 This week I have been auditioning counter stools for my kitchen. As you can see above, I bought a white leather stool from Kirkland’s and the black and brown Stratmoor stool from Pier 1 Imports.  The other two on the side are the temporary ones we have been using. Starting with the Kirkland’s white leather…

Our week between Christmas and New Year’s has been filled with all kinds of friend and family activities. My dear friends who moved to South Carolina were in town for the week.  Of course, we made sure we got together with them as much as possible. Yesterday, we had a mom and kids’ day in the…

First of all, I am embarrassed to admit it took me so long to figure this out! But here goes: First, I need you to think about this question: When you receive a comment on your blog, do you also receive an email with that comment? If that answer is “Yes”, you can stop reading… 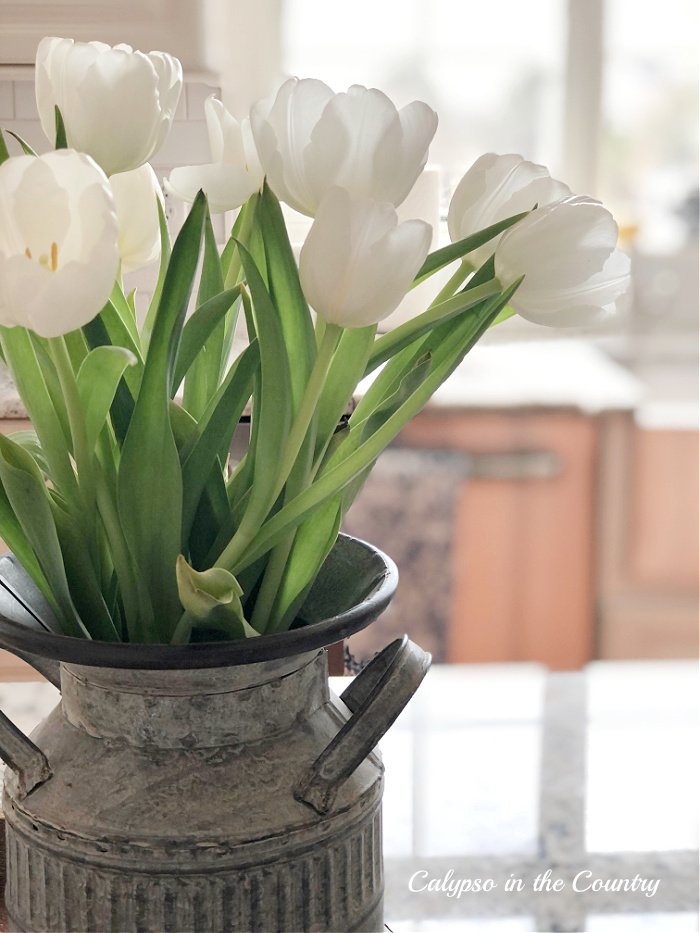 Happy weekend, hello April and welcome to the Saturday Spotlight!  Each week, I like to focus on a different theme or topic to inspire you. Now that April has arrived, we’re going to highlight some fresh ideas for the home and all things spring! *For your convenience, please note that this post contains affiliate links.  If… 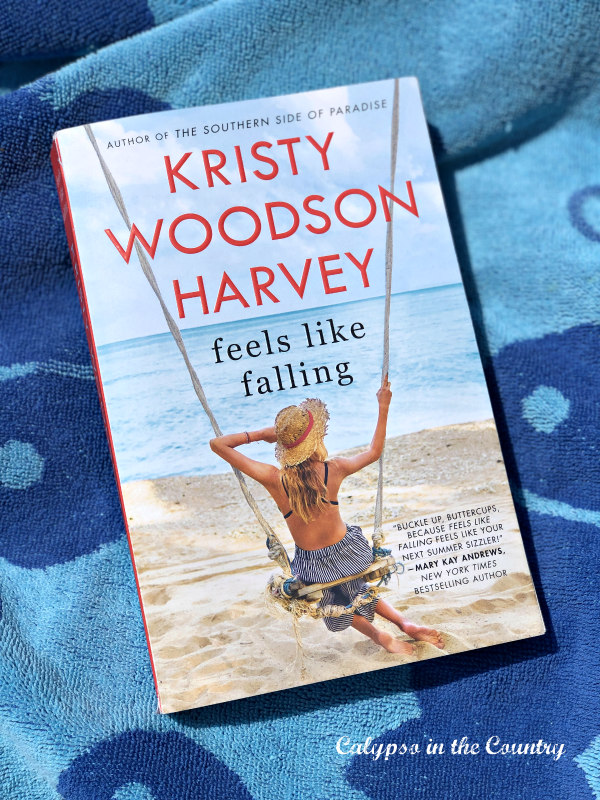 If you’re like me, you’ve used this extra time at home to read some great books.  Since I always find it helpful to hear what everyone else is reading, I thought I’d share a sweet, summer novel with you – Feels Like Falling by Kristy Woodson Harvey. If you regularly read my blog, you know…