As parents, I think we second guess ourselves…a lot.

Well at least I do.

Are they eating healthy enough?
Are they getting enough sleep?
Are they over scheduled?
Are they spending too much time on video games?

Am I being too overprotective?
Am I letting them get away with too much?
Am I being the best mom I can be?

This week I had some of those situations.  My 6 year old came down with a fever Monday morning and I kept him home from school.  The fever continued, but since kids get fevers, I just kept taking care of him.  Then he mentioned his throat hurt.  I started thinking it could be strep since his fever wouldn’t go down without Advil.  So, before he woke up Wednesday morning, I made a doctor’s appointment for later than morning.  When he came downstairs that morning his fever was finally gone but I wanted to get a throat culture anyway.  Yes, he ended up having strep throat!  Ugh.  We started him on antibiotics and he was back to school the next day. 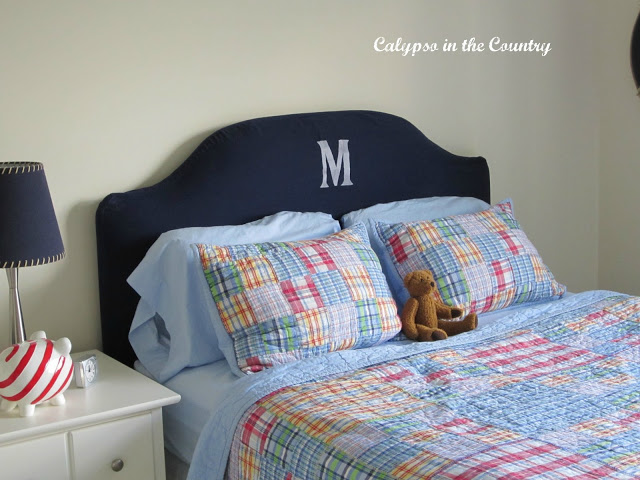 I felt guilty for letting him suffer for that time period without getting him checked right away.  I talked to a friend who told me that she brings her kids to the doctor as soon as they come down with a fever.  Then I really felt guilty!  But I guess what is done is done.  As least he is better now!  I just wish my mommy instinct had clicked in a little earlier so he didn’t have to miss 3 days of school!  Sometimes it is so hard to know the right thing to do.  Now of course I feel like the rest of the family members are ticking time bombs waiting for strep to strike one of us!

I hate when that mommy guilt makes me feel like I am not going a good job!

I even had more mommy guilt when I lost my temper with the two of them for acting up that night when they should have been doing their homework.  My older son had been bringing homework home for my strep-infected 6 year old so he could keep up with his schoolwork.  I guess it was a combination of the little one feeling better and the 9 year old feeling jealous for all the attention the little sickie was getting.  The two of them were fighting almost constantly and not listening to a word I was saying.  I started yelling and threatening to take away just about everything they owned.  They didn’t care, they just kept at each other.  It was even more upsetting for me because my husband was away traveling and I was sleep deprived from waking up each night to control the fever.  So I yelled and then I felt mad at myself afterwards for not handling them in a calmer way.

But I am proud to say, the mommy guilt was almost erased yesterday!

My friend called me to tell me that she volunteered to help out at an assembly at school.  They invited a  beekeeper to come in and teach the kids about bees and honey etc.  My friend was one of the moms in charge of giving each child a taste of honey.  She wanted me to know that out of the entire 3rd grade, MY SON was the only one who said thank you when she passed out the sample of honey!  She was so impressed that she expressed to the group how nice it was that he said thank you!  Of course a few behind him followed with a “thank you” but she figured it was only because of the fuss she made.  I was so proud of him and so grateful that she called to tell me that sweet story.  It made me feel like I was at least doing something right in the parenting department!

Do you second guess yourself or have mommy guilt from time to time?

As I get closer to the end of this crazy kitchen renovation, I seem to be second guessing myself more and more.  I think I have lost the ability to make good design decisions.  That’s why I am asking for your help today… I obsessed for awhile over kitchen pendant lighting for the area above…

Well this week blew by!   Where is this summer going? Here are a few random things happening around here… I picked up a couple pairs of summery pajama bottoms at TJ Maxx for $9.99 a piece.  Exciting huh? Cute prints and easy to mix and match with solid t-shirts. I can’t be seen in…

I can’t end the year without a holiday post from my favorite golden retriever! And what a holiday it was! Rosie was totally embarrassed that we dressed her up in reindeer antlers! But she got over it after she opened her Christmas presents! A real antler chew kept her busy while we opened our presents!…

Happy October everyone! Today we are taking a trip back in time to Rosie’s first Halloween.  I needed a good laugh today so I when I came across some pictures from 2 years ago, I thought I would share them with you. Rosie was fascinated with pumpkins that year. She kept stealing them from the…

Every September 11th, I end up turning on the TV as they read the names of the people we lost. Even if the TV is just on in the background as I go about my morning routine, I hear the names and my heart breaks for those people all over again. This morning is a…

I had all kinds of grand plans for posting this week. Well, maybe they weren’t “grand” plans, but I did plan on being creative. Instead, I have been creative in different ways while spending some quality time with the family. We have been playing lots of board games, puzzles (anything to keep them from staring…