Have you ever wondered if it’s worth traveling to the Hamptons for just one day?  Well…that’s all the time my best friend and I had to visit.  Though, I think you’ll be surprised at what we squeezed into those 24 hours in the Hamptons!

How To Make the Most of 24 Hours in the Hamptons: 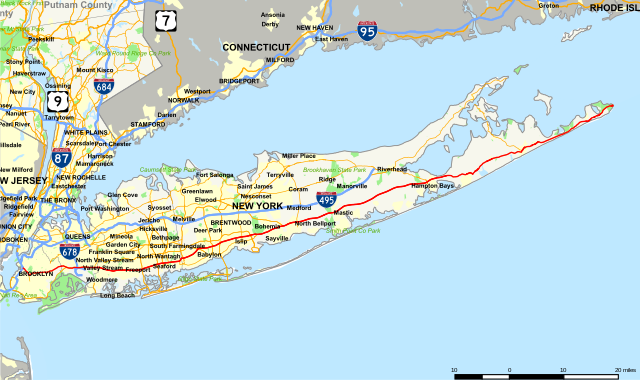 While in the Hamptons, Tour a Showhouse…

Since our goal was to visit the Traditional Home Hampton Designer Showhouse, we knew we would be focusing on the Bridgehampton area.  (You can see it just to the right of Hampton Bays on the map above).  Luckily, Bridgehampton isn’t too far out on Long Island.

In order to avoid the weekend crowds, we planned to leave New Jersey on a Tuesday morning.  We just had to make sure we left after rush hour.  With our goal in mind, we headed directly to the Hampton Designer Showhouse, arriving right around 12:30 p.m.

Since their were NO crowds at all, we spent a couple hours touring the showhouse… 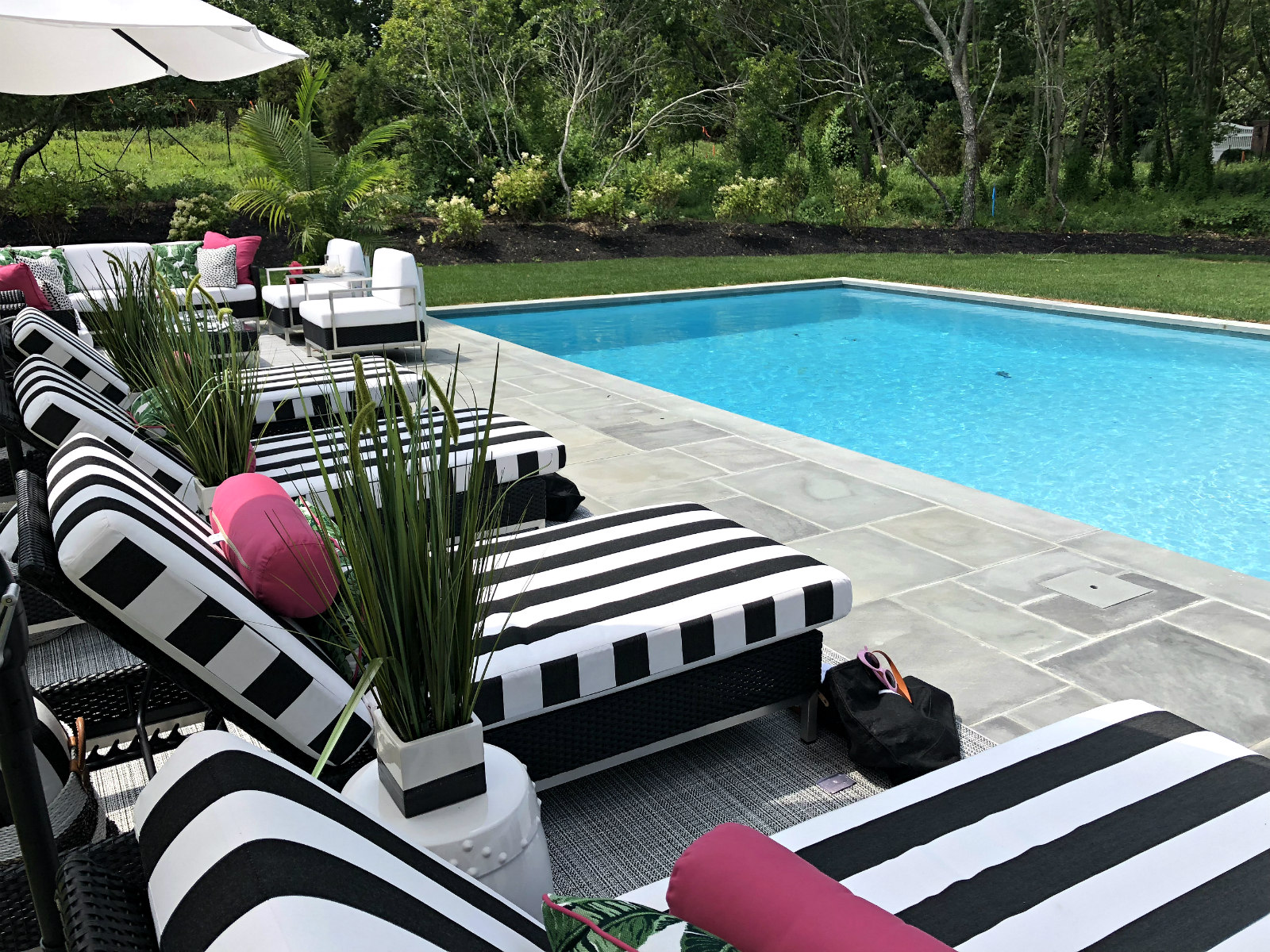 Be sure to check out my tours:

So, I hesitate to share this secret, but apparently if you go mid-week there will not be a line!  When we arrived, we went right in and practically had the place to ourselves!

From there, we decided to drive into the darling coastal town of Sag Harbor for lunch.. 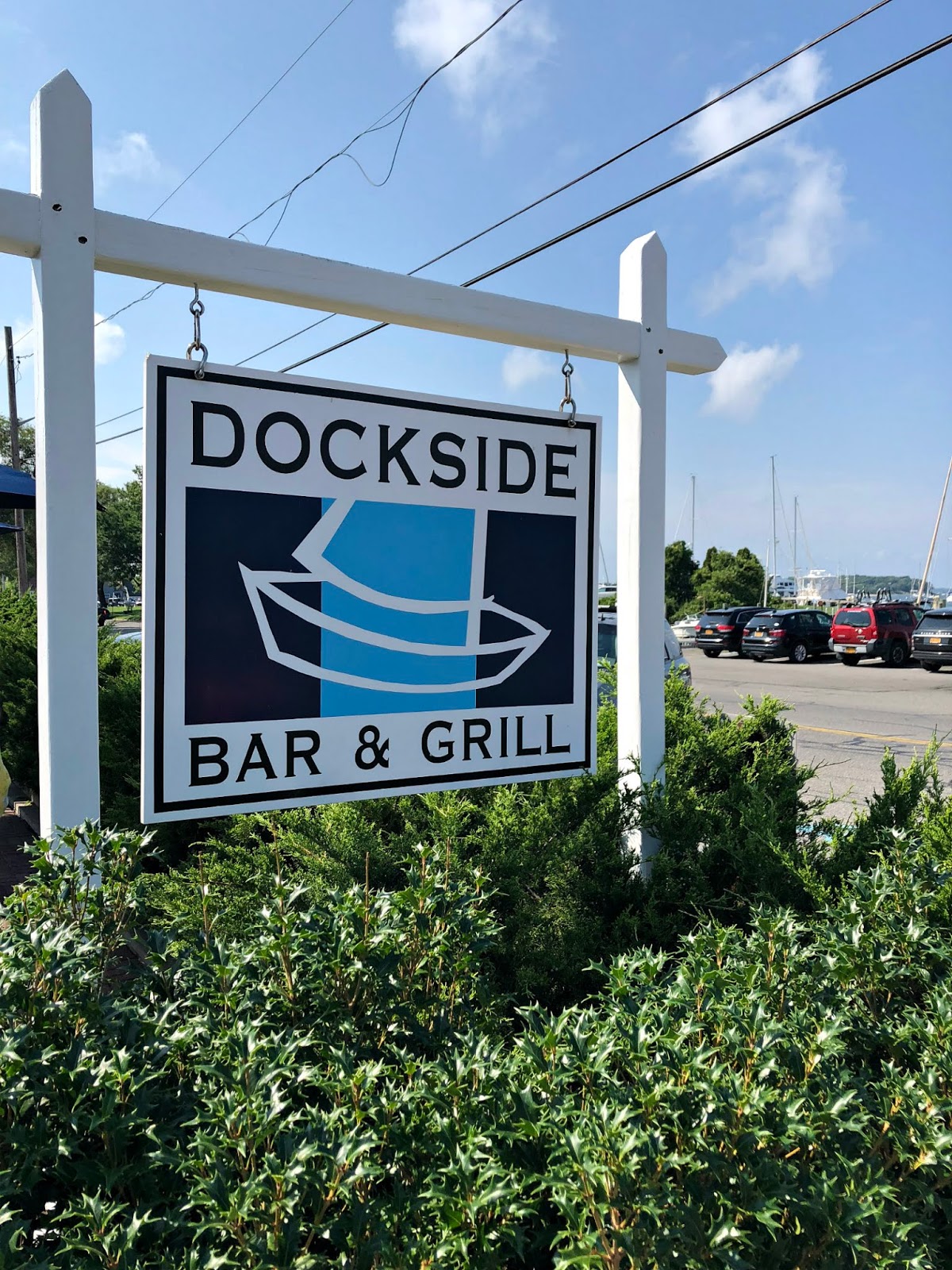 We decided on Dockside Bar and Grill where we enjoyed some delicious clam chowder and salads. 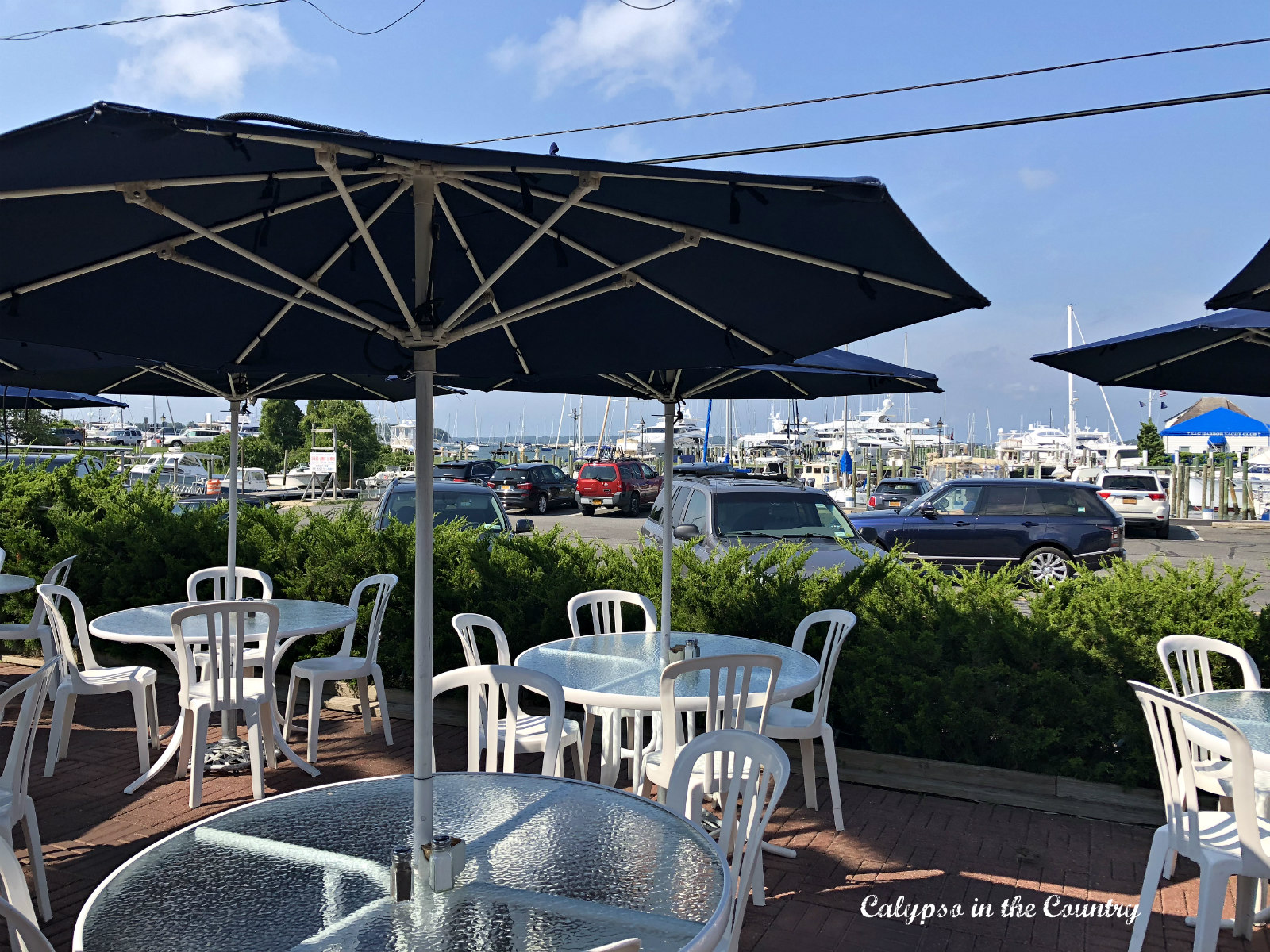 After driving through the town, we considered coming back to Sag Harbor for dinner later that evening.

But first we checked into our hotel…or should I say, “motel”… 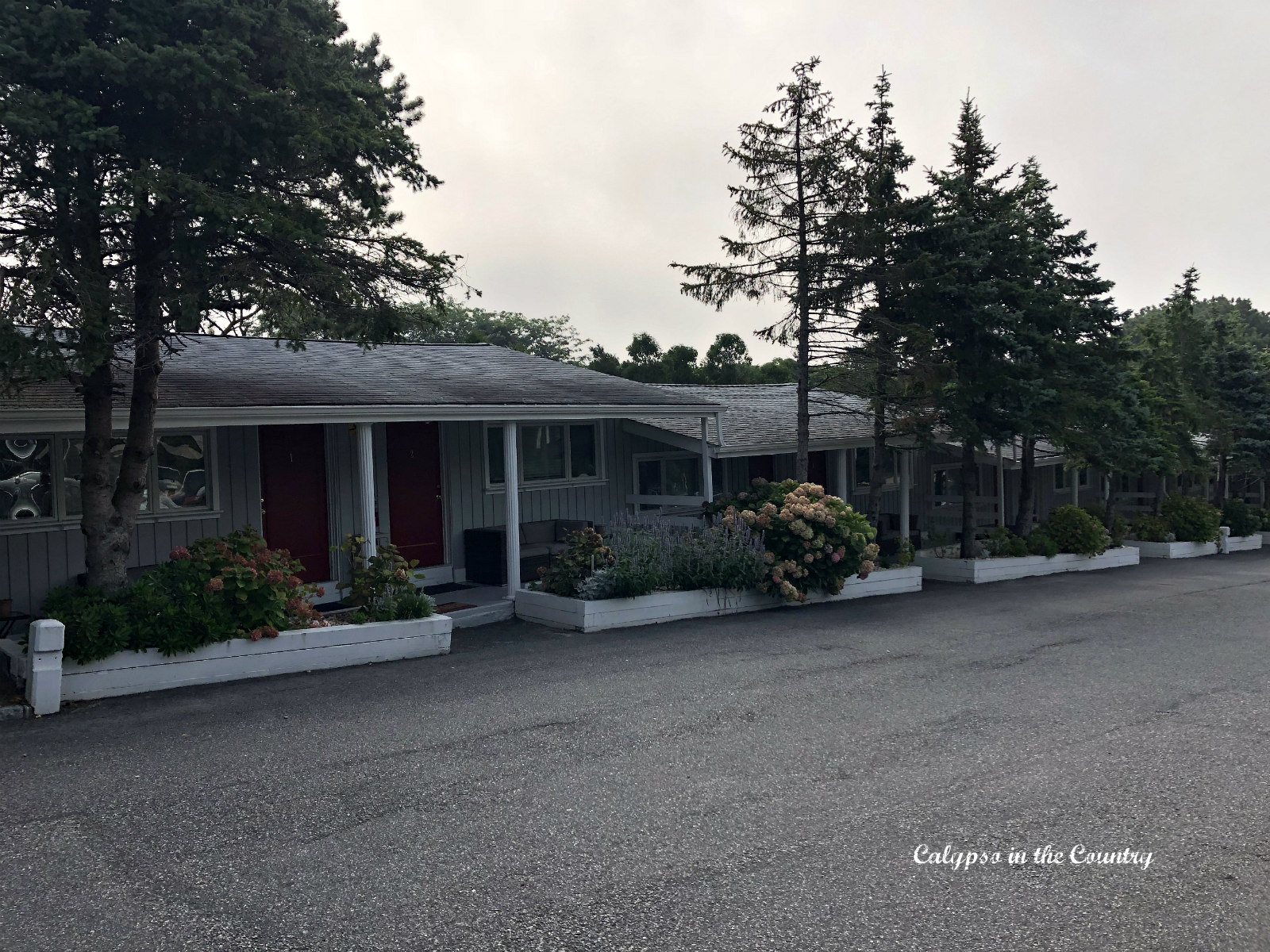 We learned that when you stay overnight in the Hamptons, you either spend a ridiculous amount of money or you stay in a modest motel.  This explains why most people who spend summers in the Hamptons rent houses for the season.

We were booked at the Hamlet Inn in Southampton which received good reviews on Trip Advisor.  While it was nothing luxurious, our room was cute, clean and all the finishes were updated. 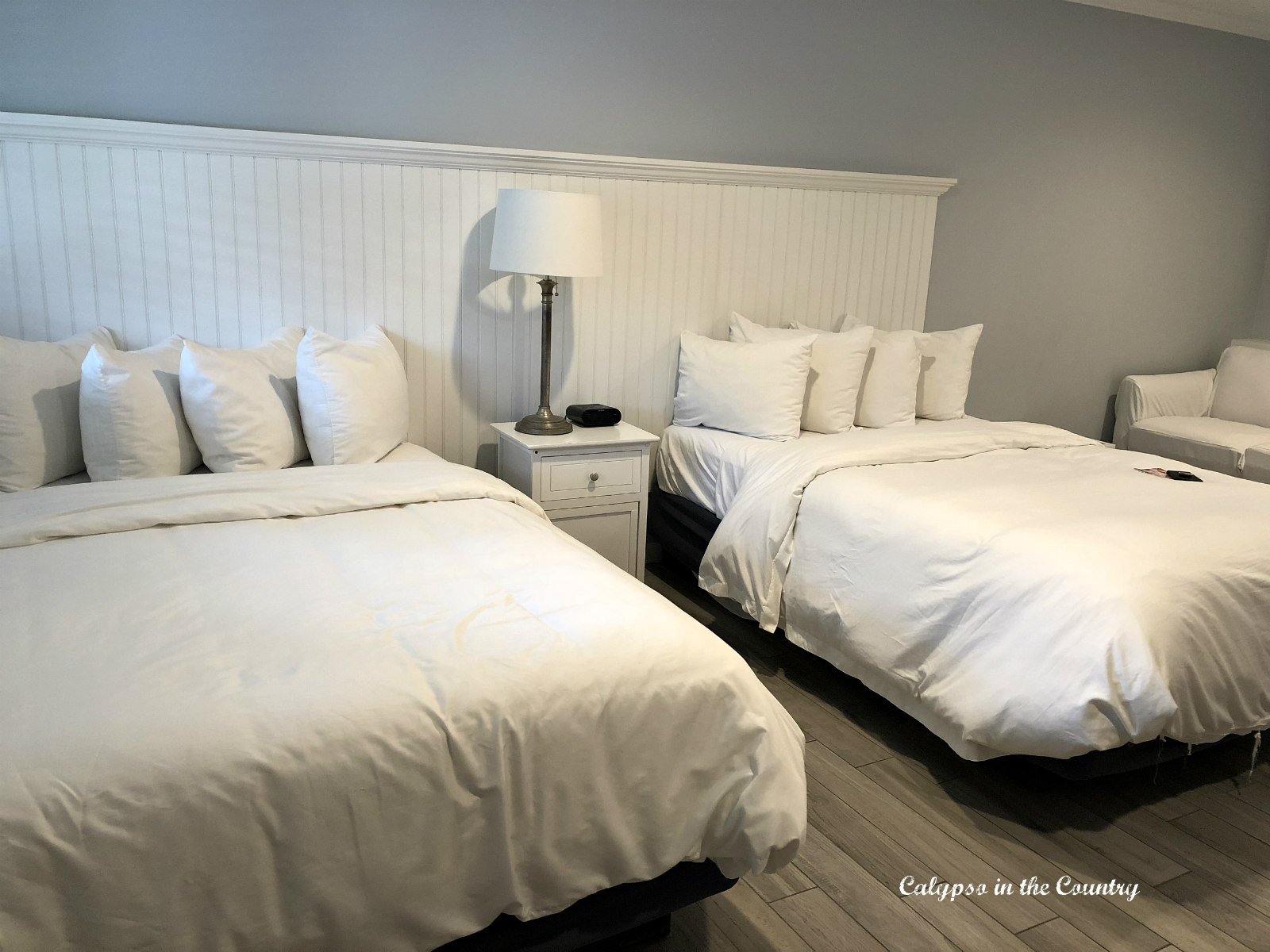 The hotel owner was so friendly and helpful when we inquired about restaurants in the area.  I don’t think I have ever received such detailed directions!  She even wrote notes on a map for us and gave us all kinds of tips to get around.  We left there fully equipped to navigate the beach areas for potential restaurant options for dinner.

Listening to her suggestions, we looked into the casual beach eateries and then drove around Southampton where we just had to do some house stalking!

Go House Stalking During Your 24 Hours in the Hamptons…

Whether you have several days or just 24 hours in the Hamptons, you have to check out the ocean front estates! 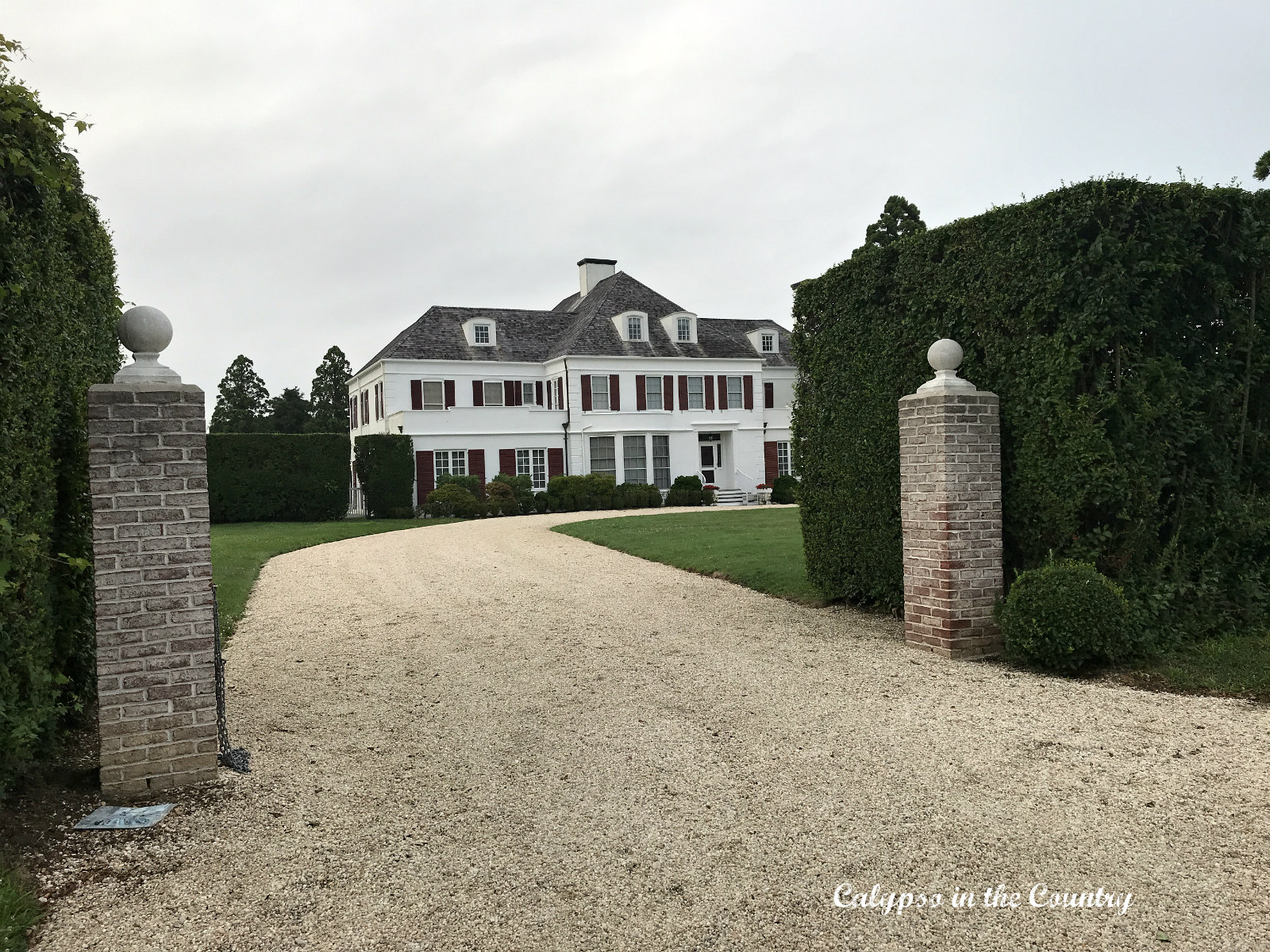 Of course, most of the homes were hidden behind hedges and large fences. 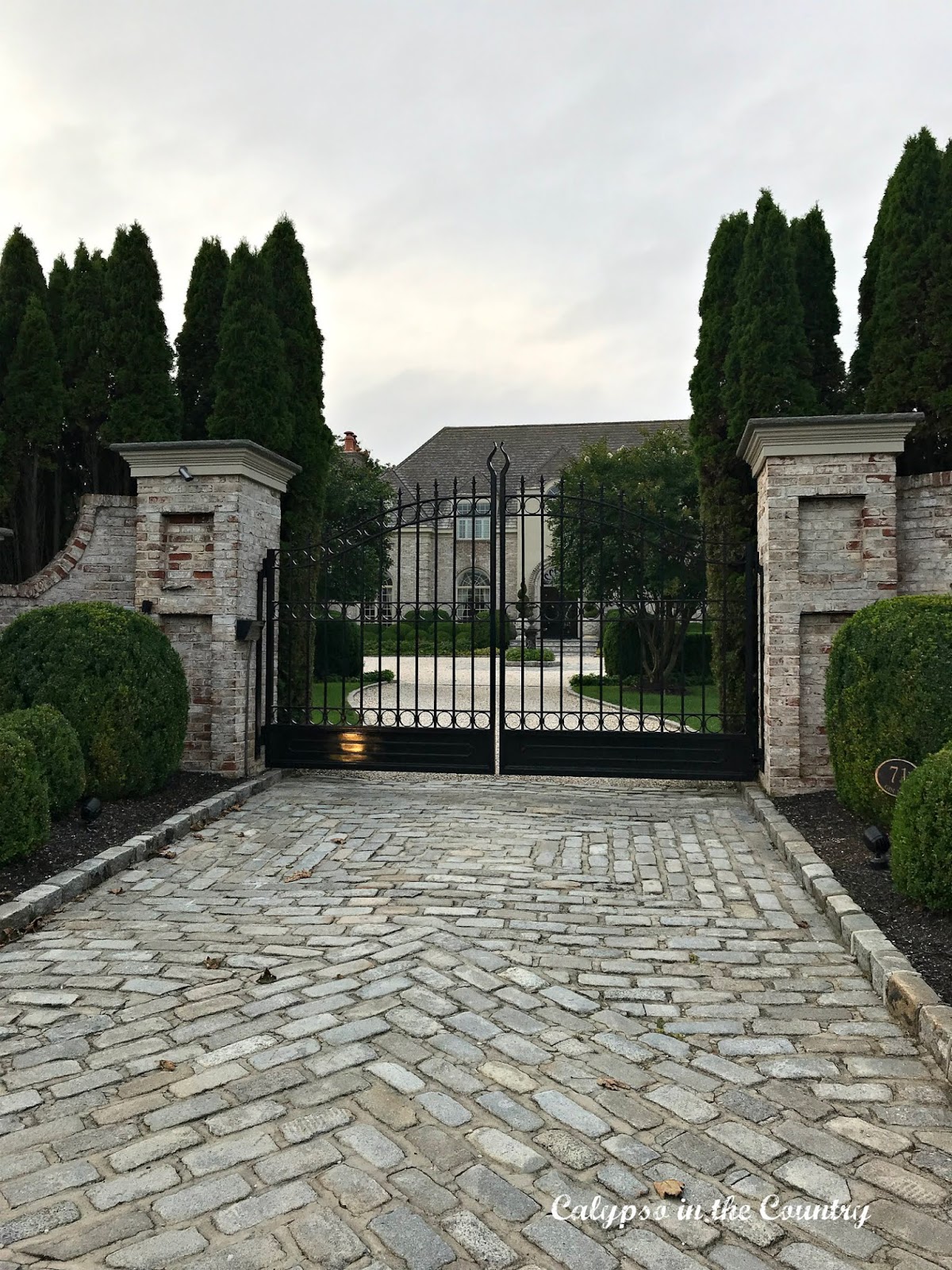 Although, it was still fun to drive around and spy a little… 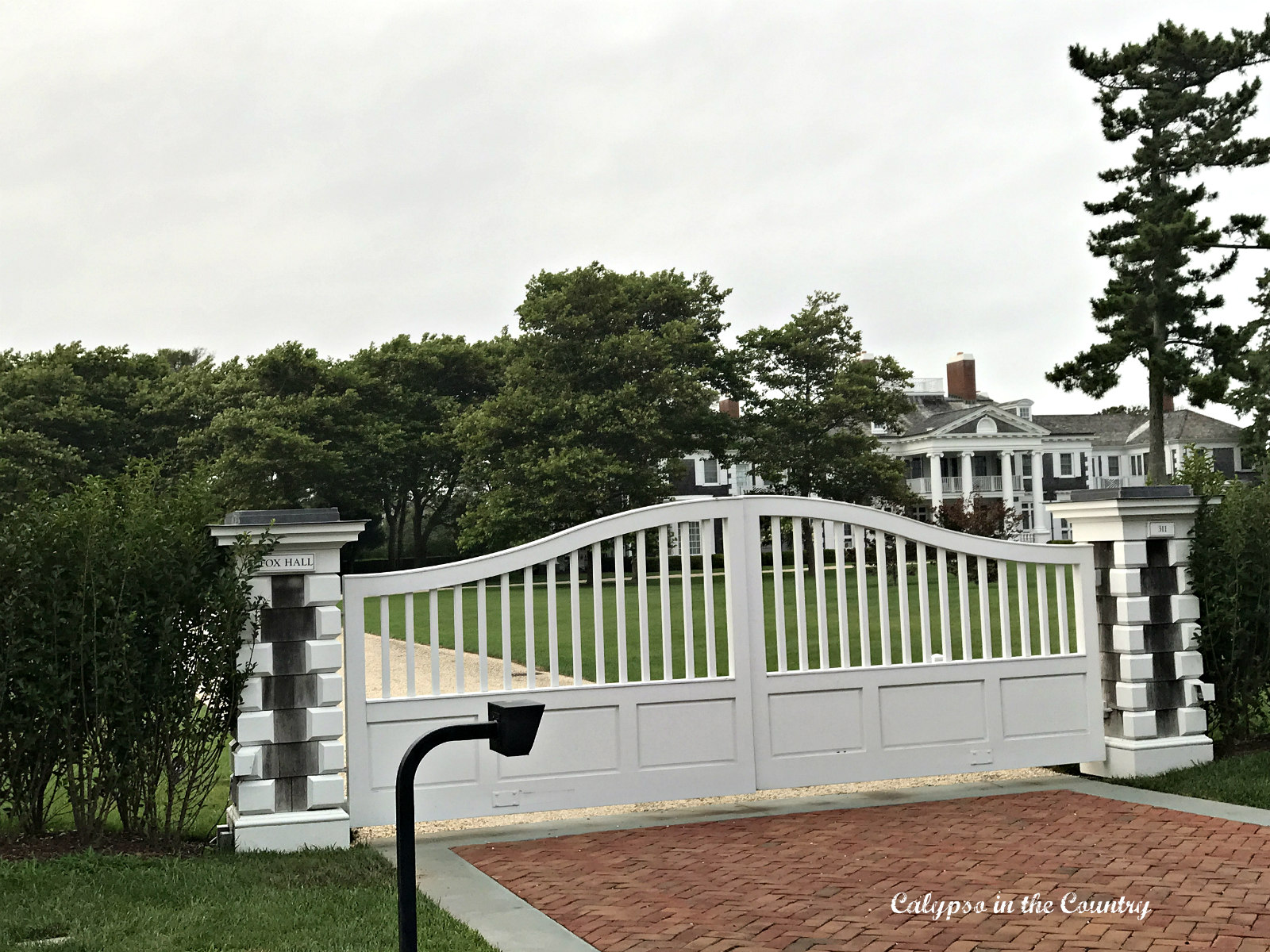 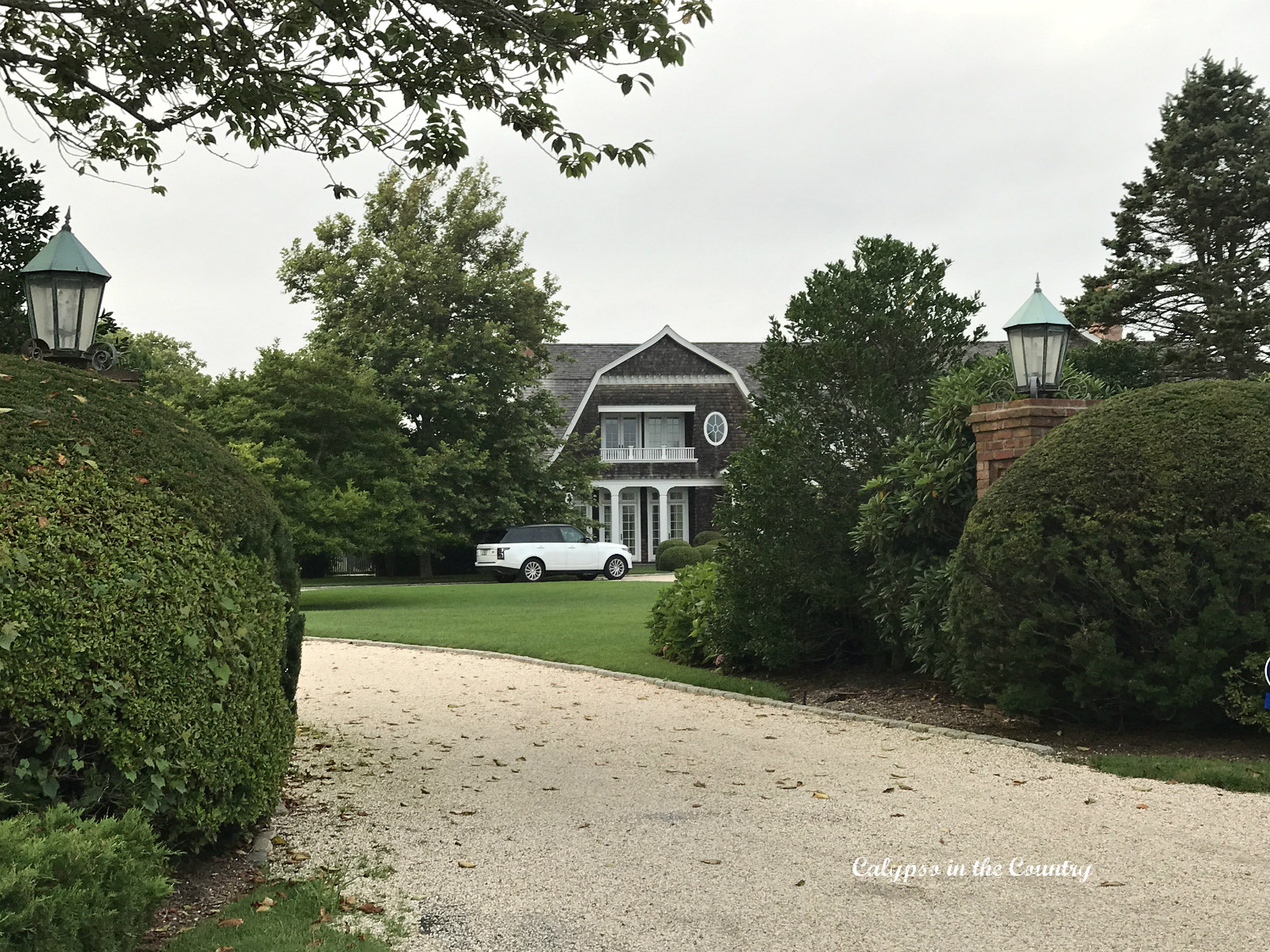 Isn’t this just what you would expect from the Hamptons?… 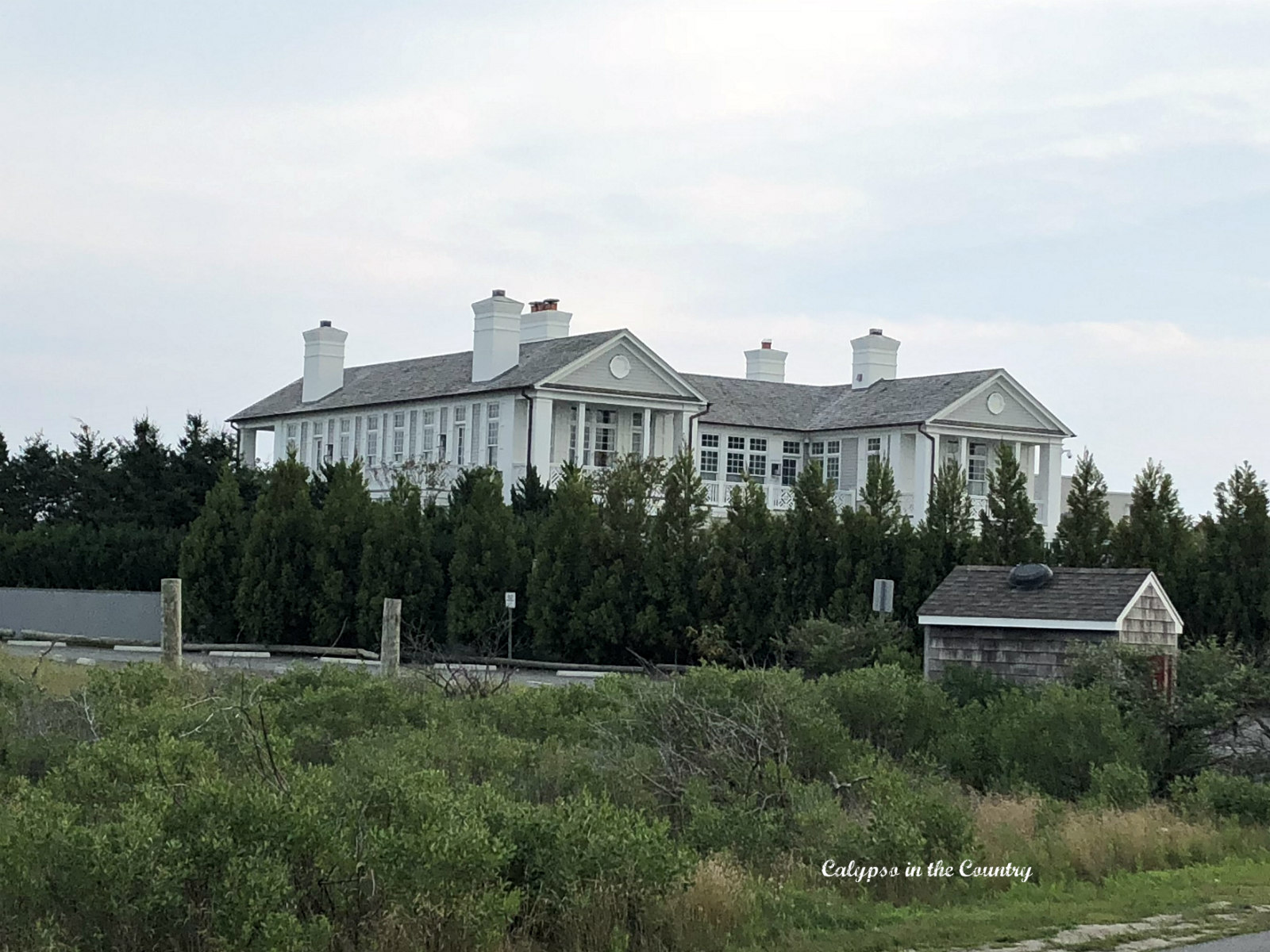 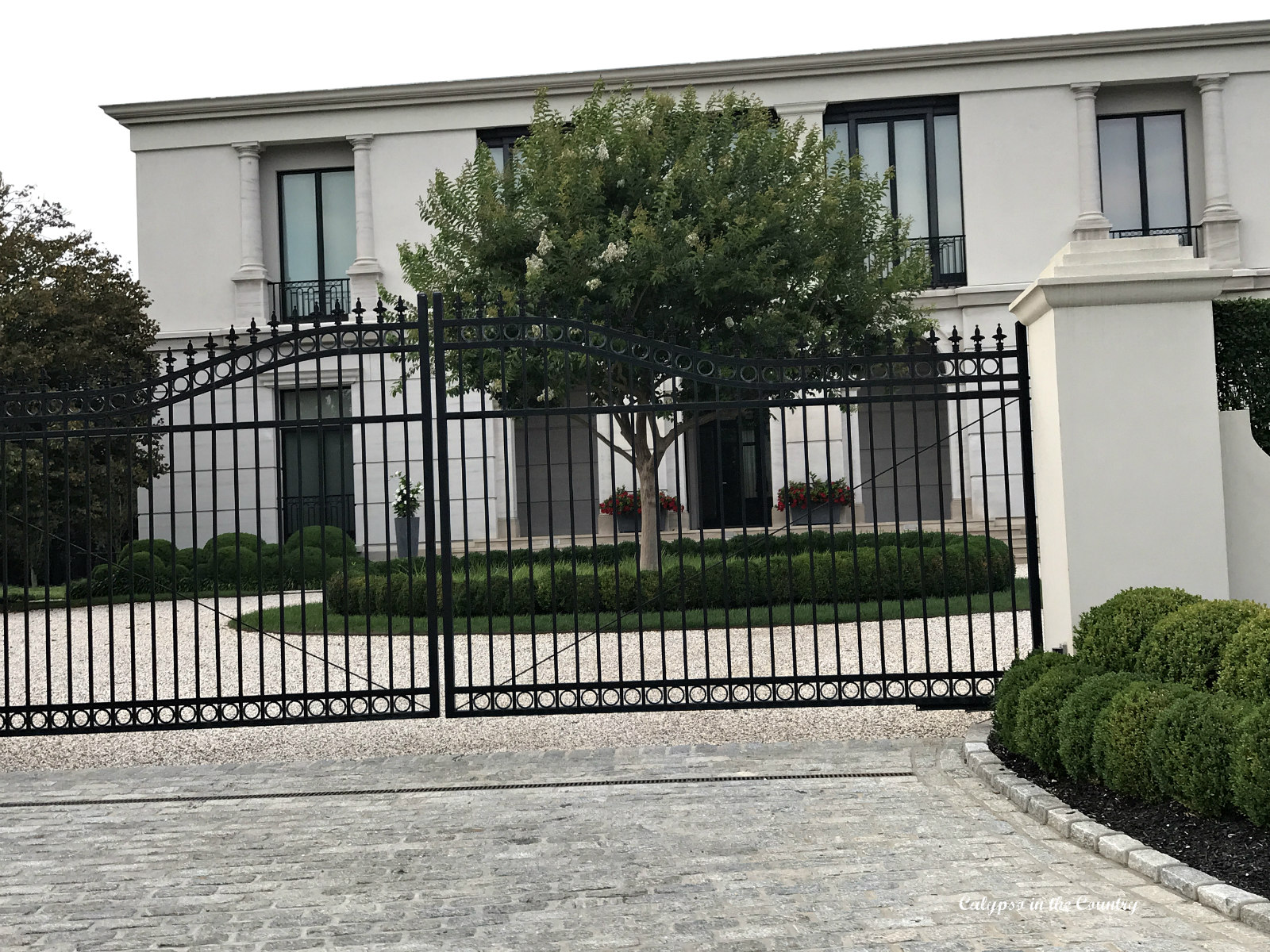 No wonder everyone is drawn to this area! 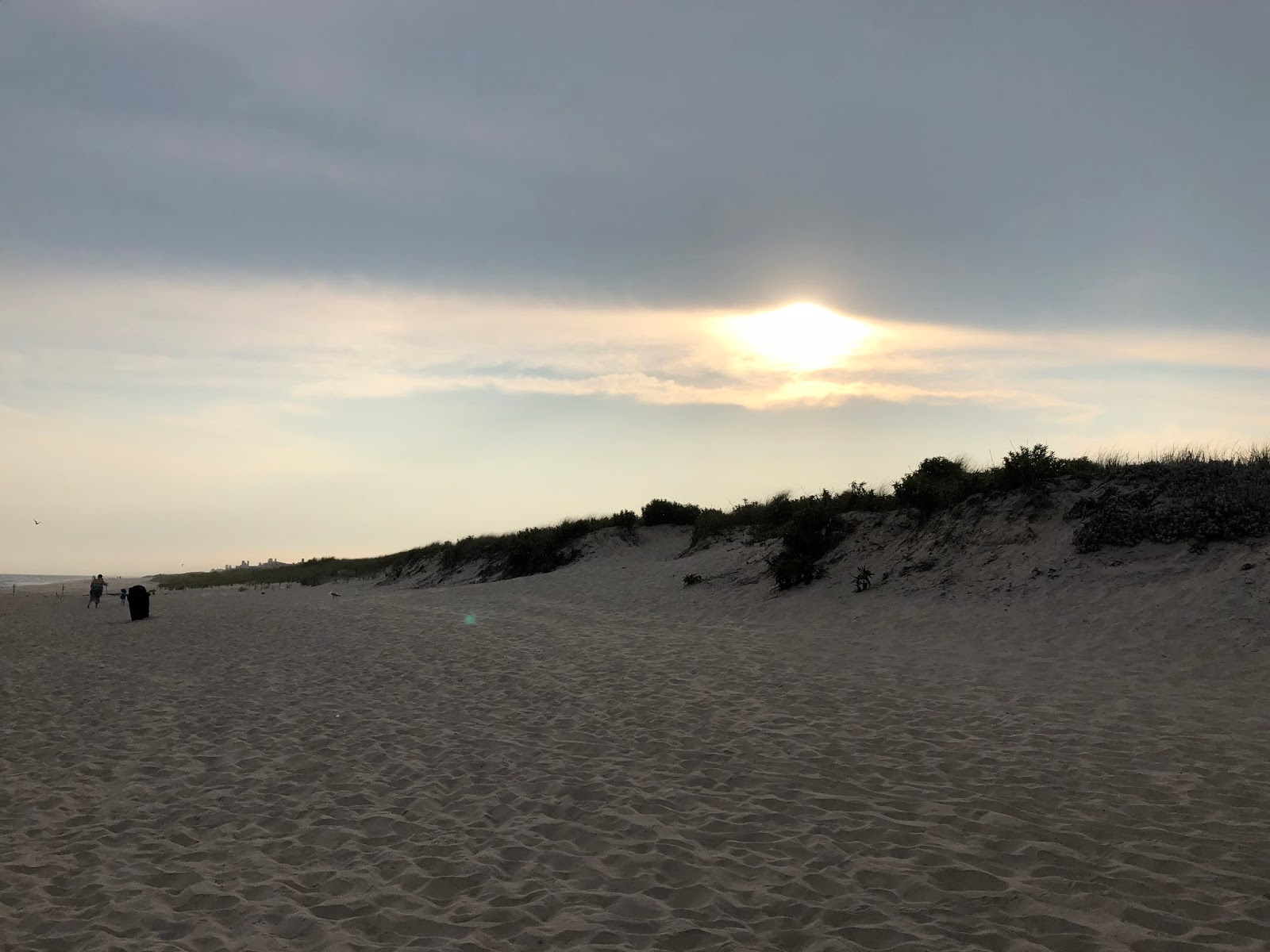 Dine in Sag Harbor During Your 24 Hours in the Hamptons…

Rather than dine in one of the beach areas our trusty motel owner suggested, we decided to head back to Sag Harbor where we had been earlier in the day.  We wanted more of a quaint, in-town place for dinner. 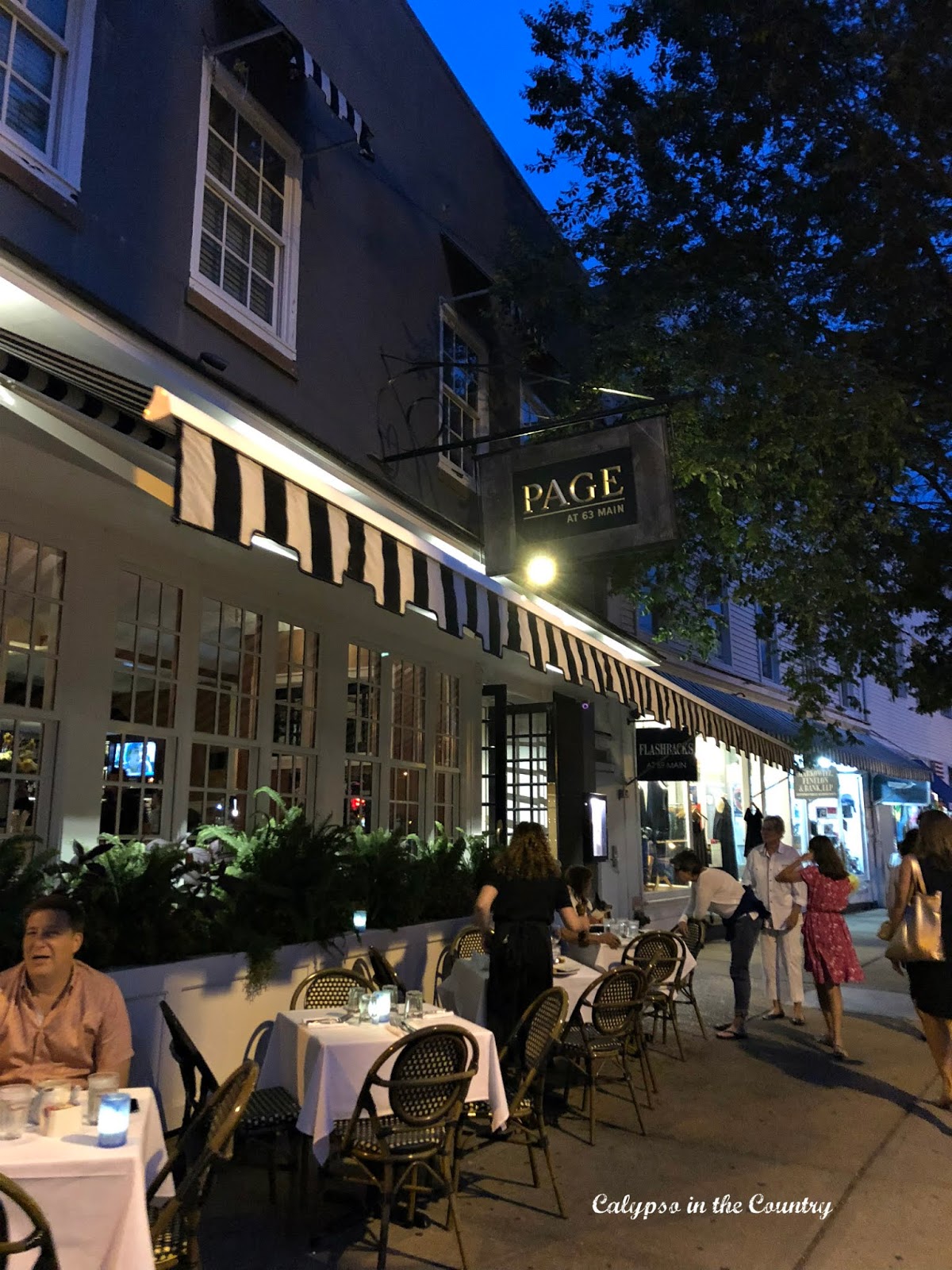 Though there were many inviting restaurants on the main street, we ended up choosing Page.  Luckily, Tuesday nights weren’t too crazy and we were able to get a table around 8:30. 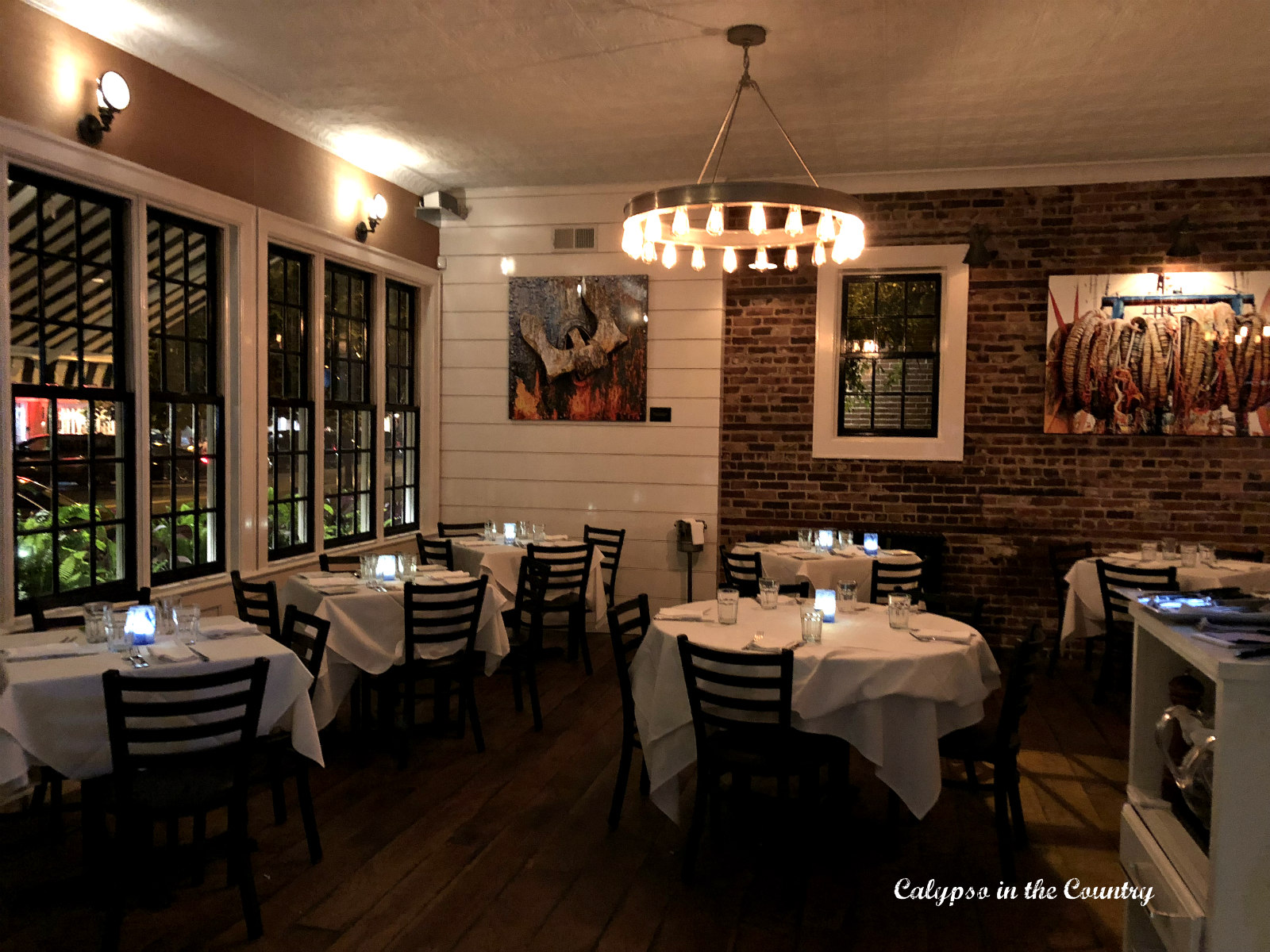 We loved the relaxed farmhouse style atmosphere and the amazing farm-to-table menu.  I took this photo as we were leaving…(it wasn’t that empty when we arrived!)  Our dinner was wonderful and we enjoyed walking around the charming town.  Sag Harbor is definitely on the list for a return trip!

Shop in Southampton During Your 24 Hours in the Hamptons…

Since the town of Southampton is known for its wide array of shops, we decided to spend the next morning there before we headed home. 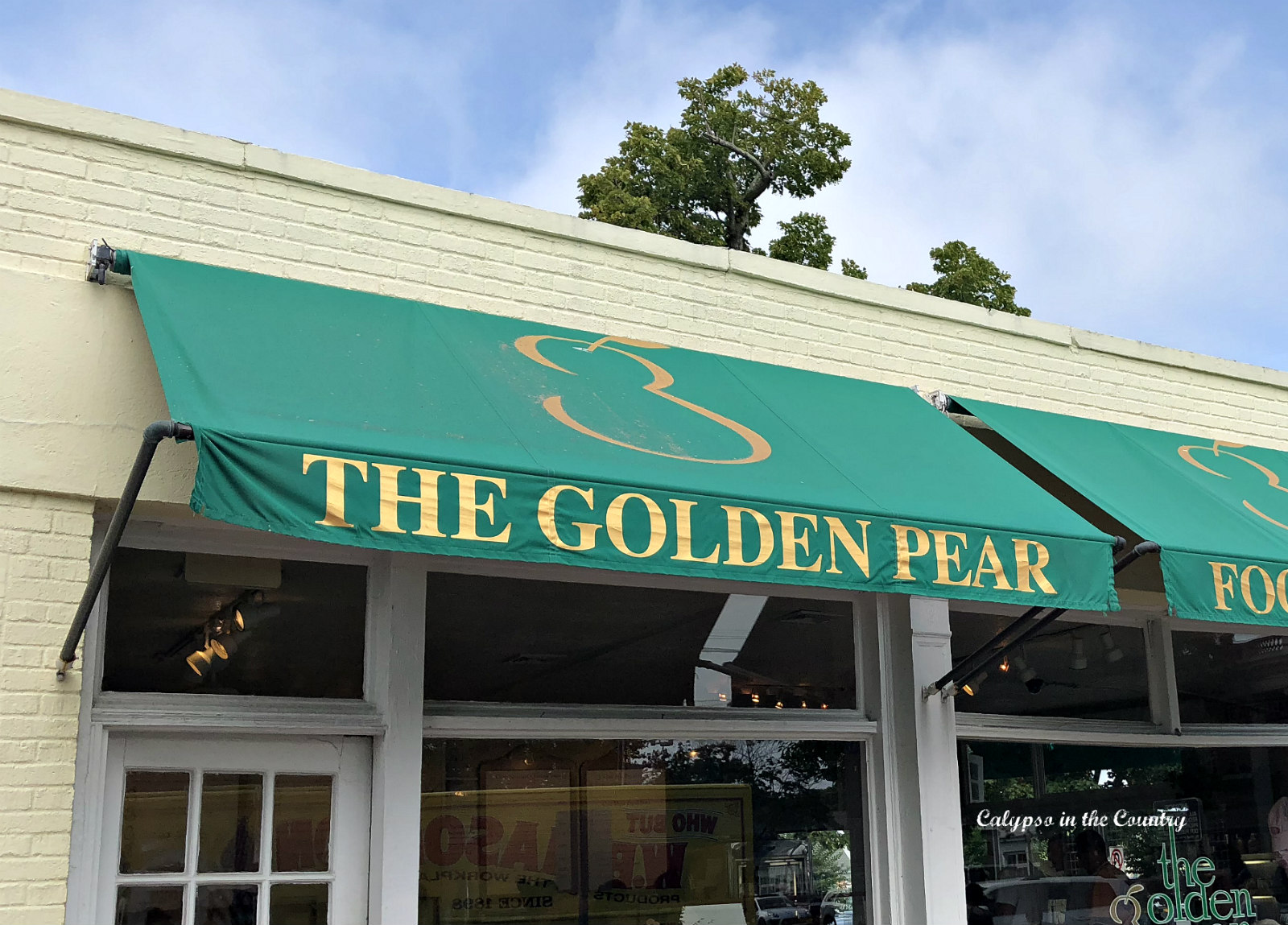 First, we grabbed a delicious breakfast at The Golden Pear after hearing rave reviews about their food.  Apparently, it’s a popular restaurant in Southampton NY.

As we walked around, we spotted some beautiful outdoor cafes… 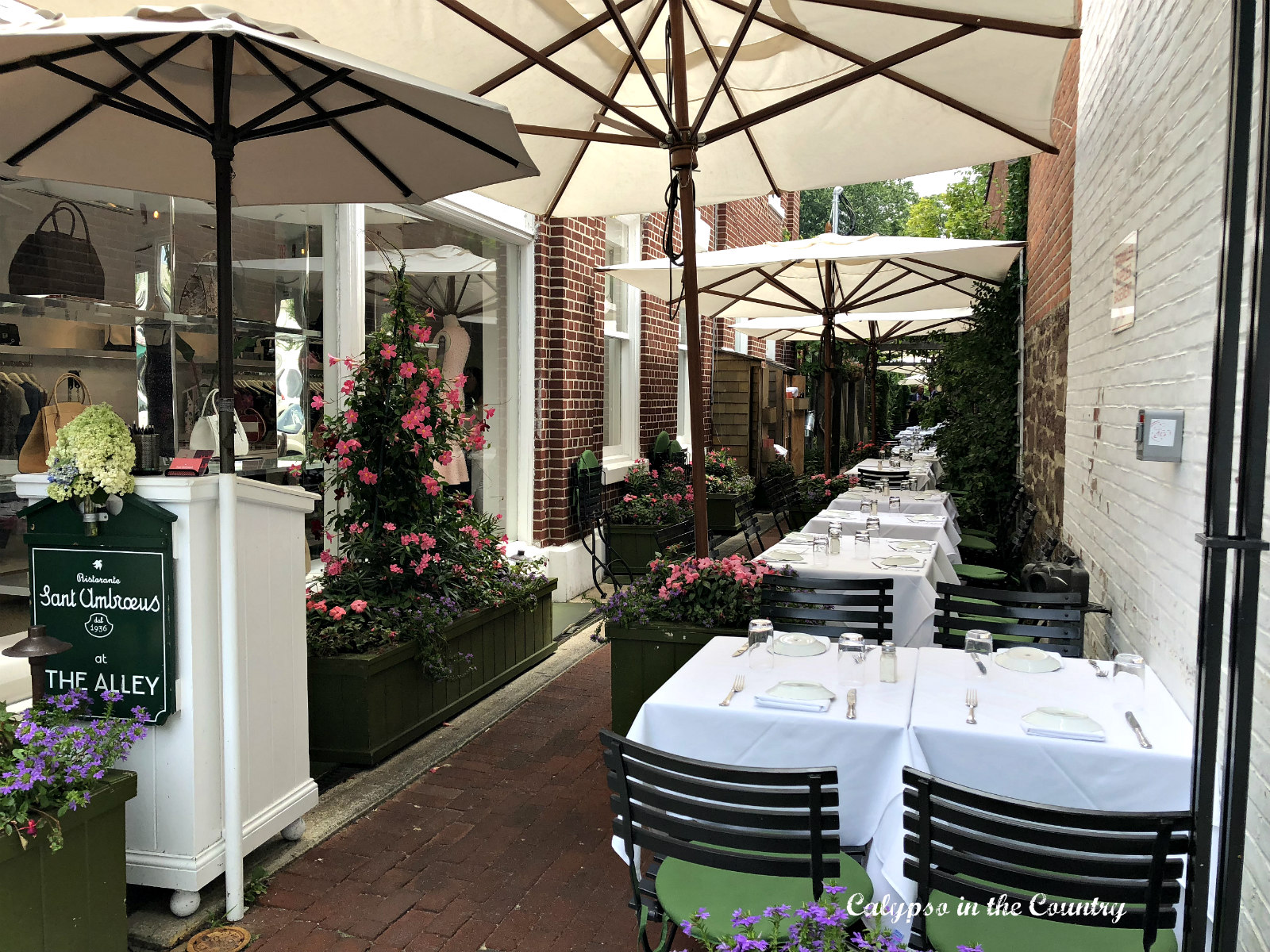 Too bad we didn’t have enough time to stay for lunch! 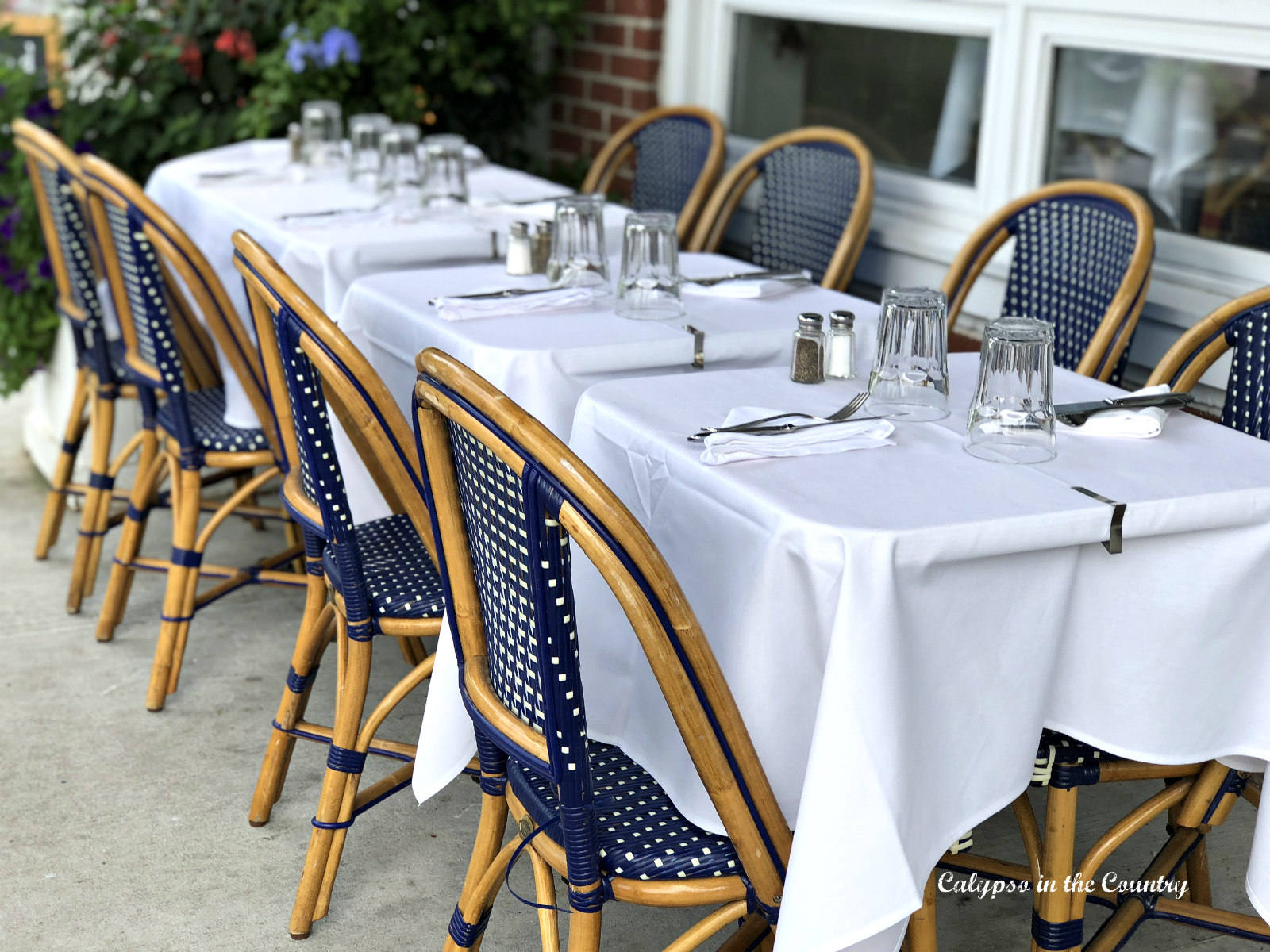 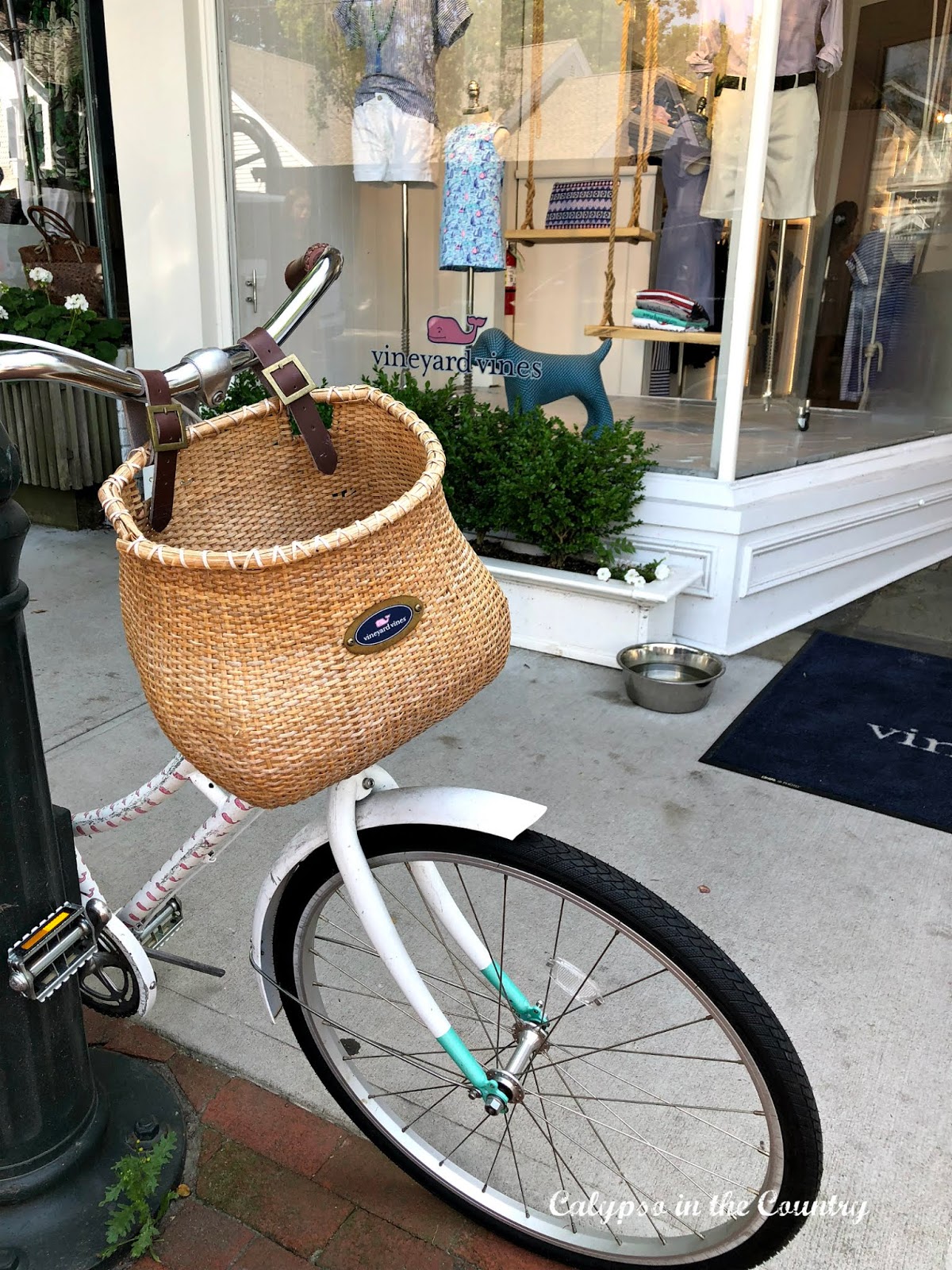 From Vineyard Vines and other well known brands to charming boutiques… 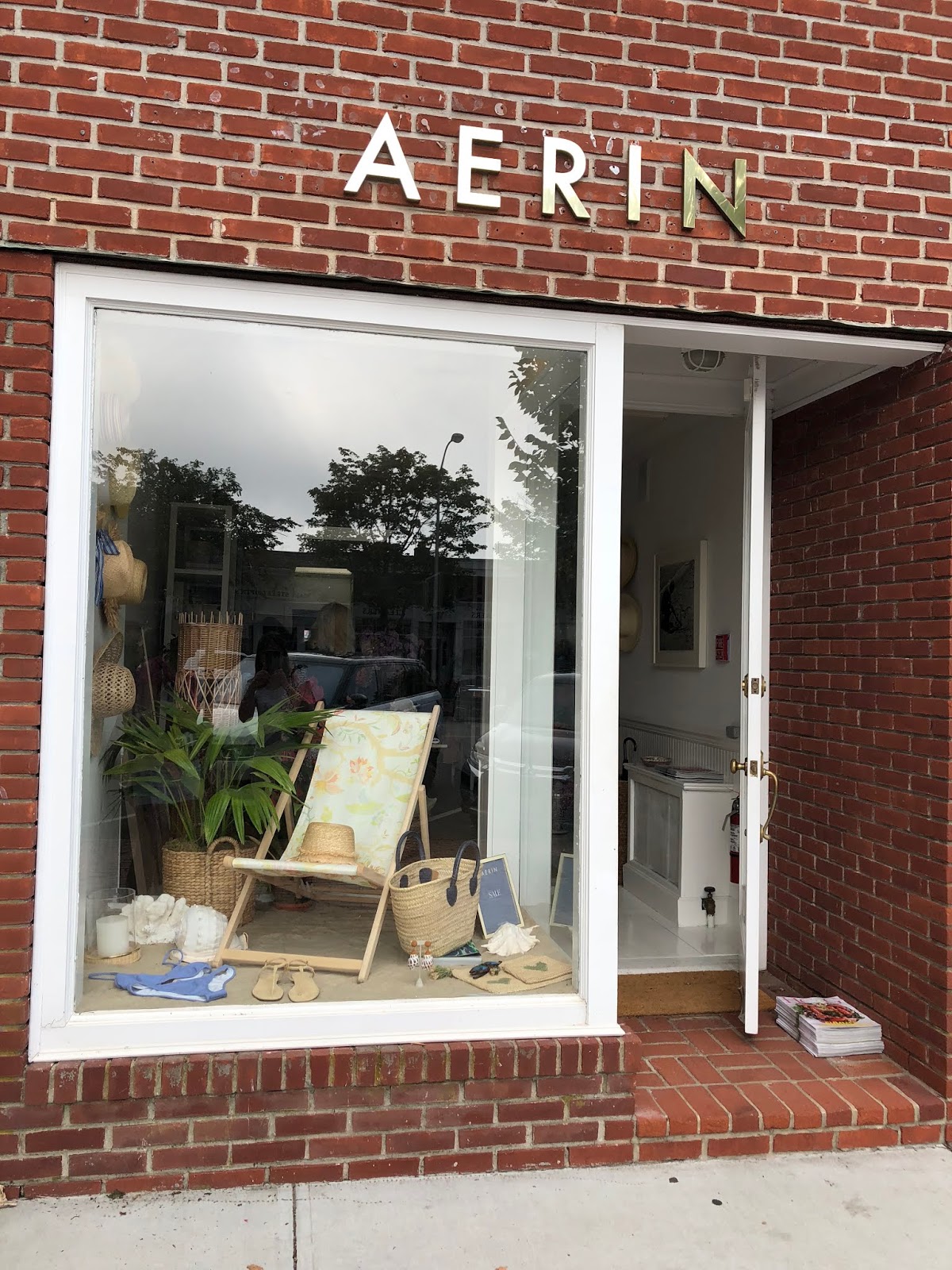 Southampton had it all. 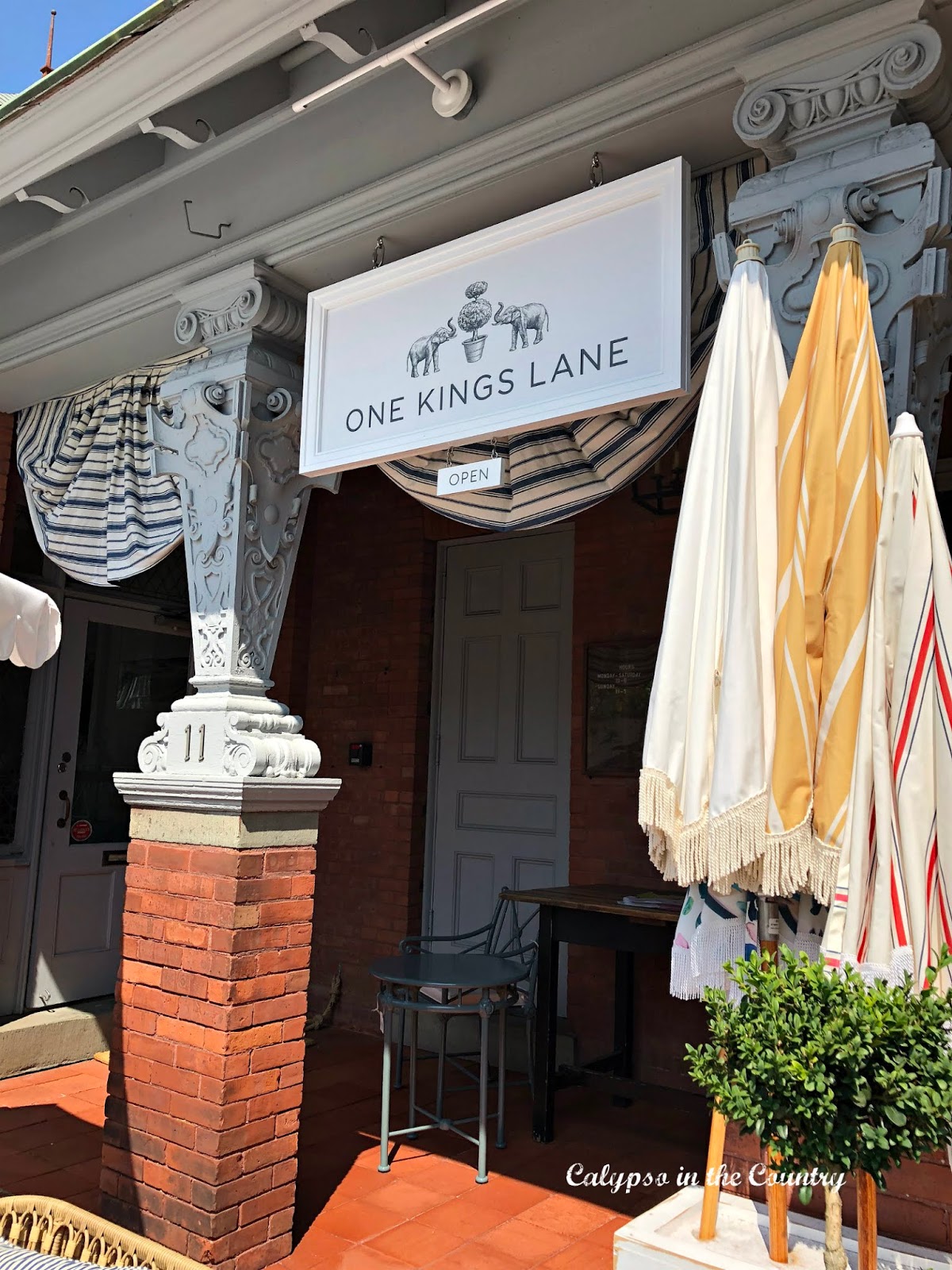 But on the top of my list was a visit to the iconic One Kings Lane Store! 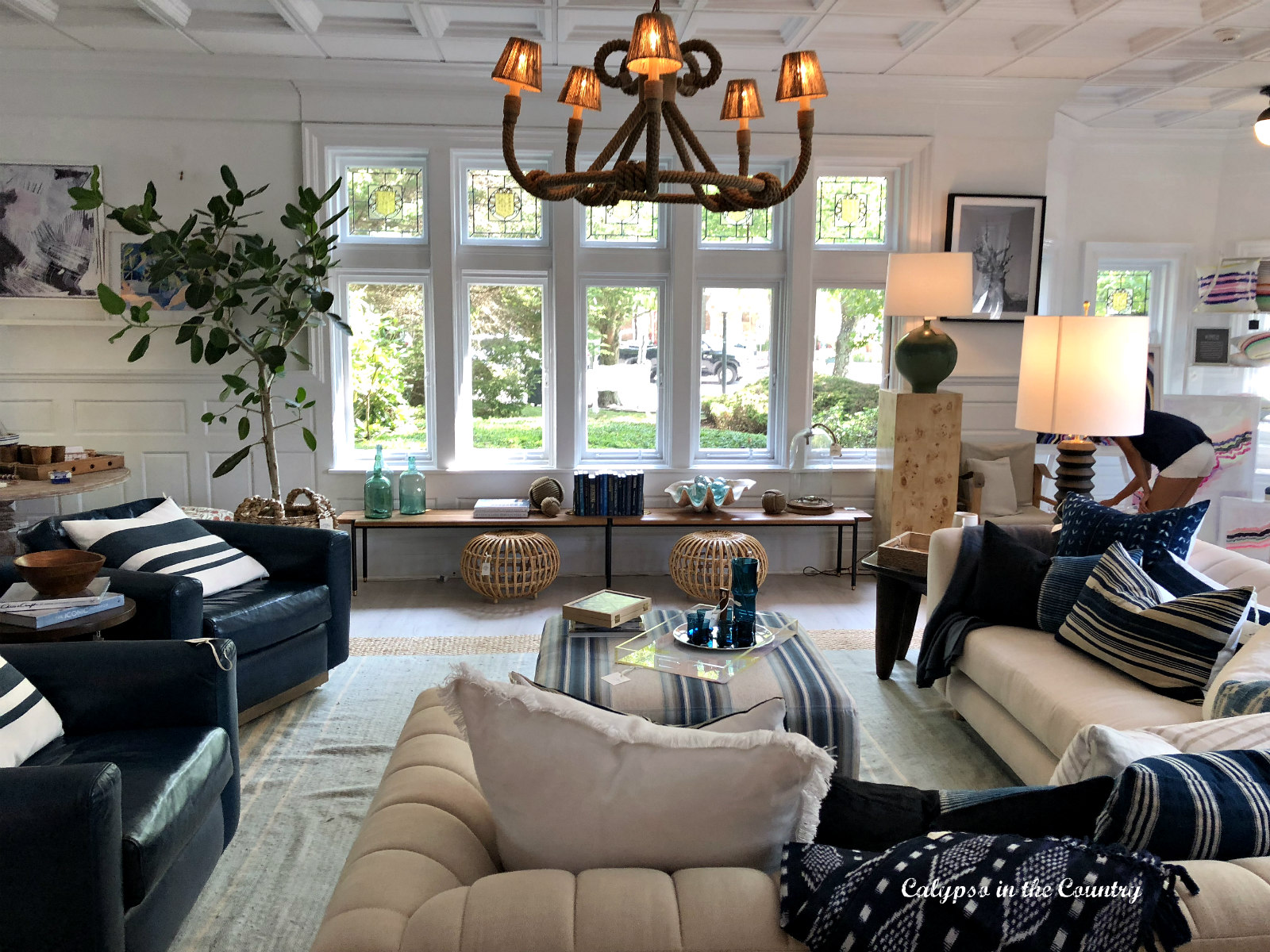 I wasn’t going to leave Southampton without stopping in there! 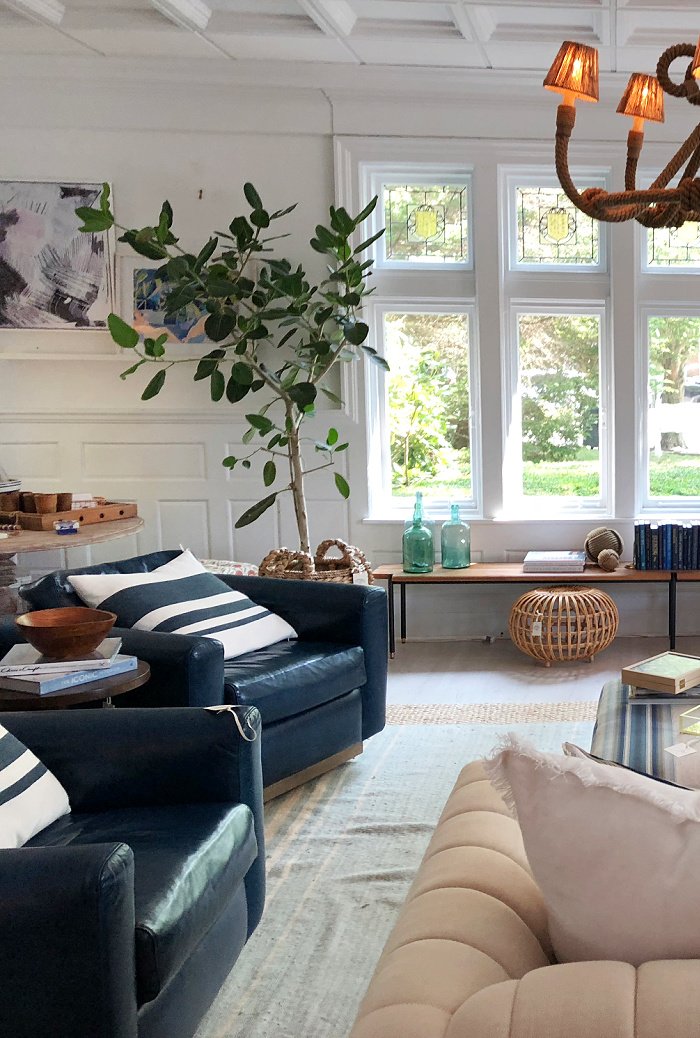 With my love of blue and white, this store was like heaven for me! 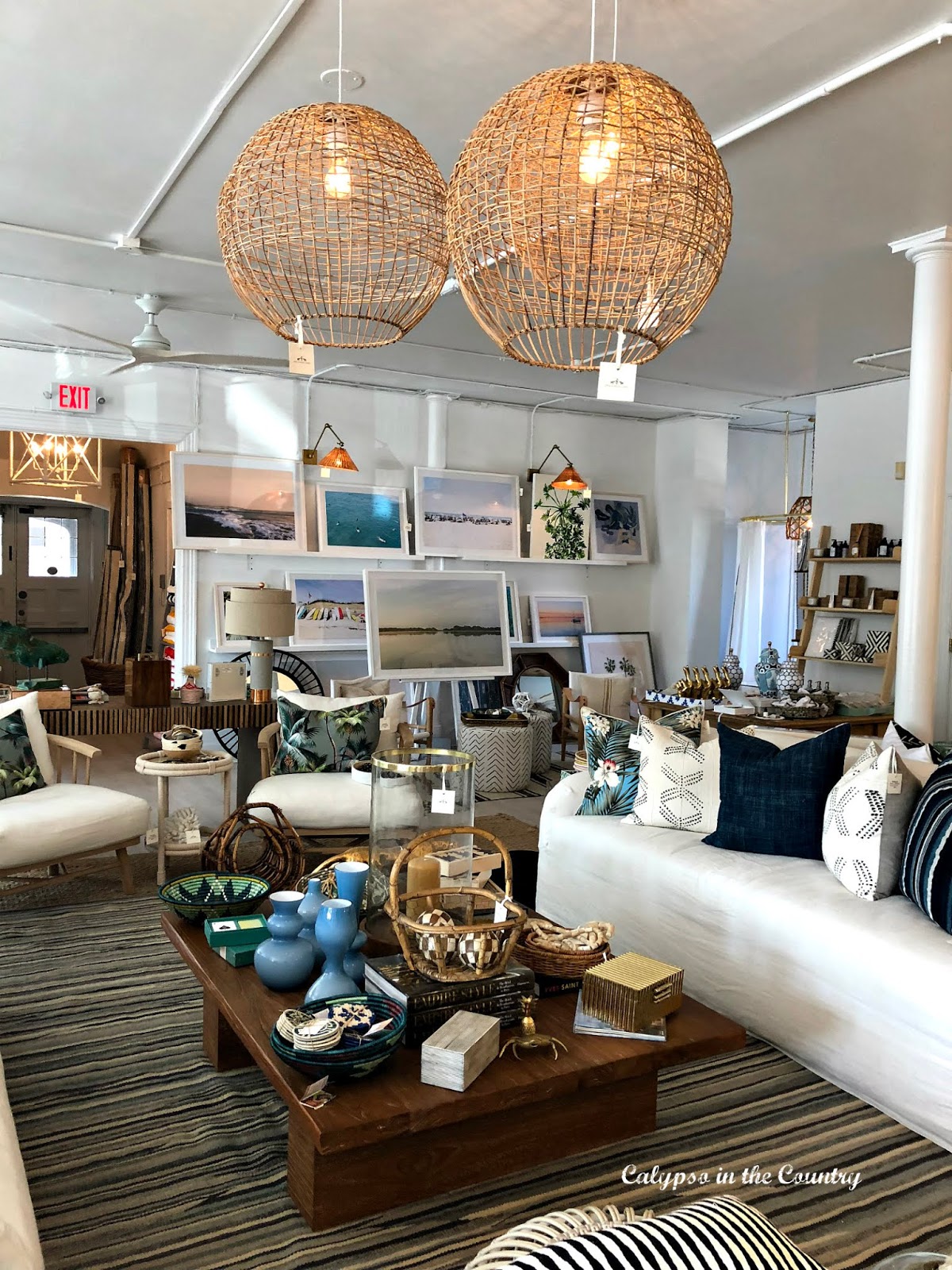 What a fun experience to see all the coastal goodies in person…I felt like I was living in a Nancy Meyers movie.  Now, I think I need a beach house! 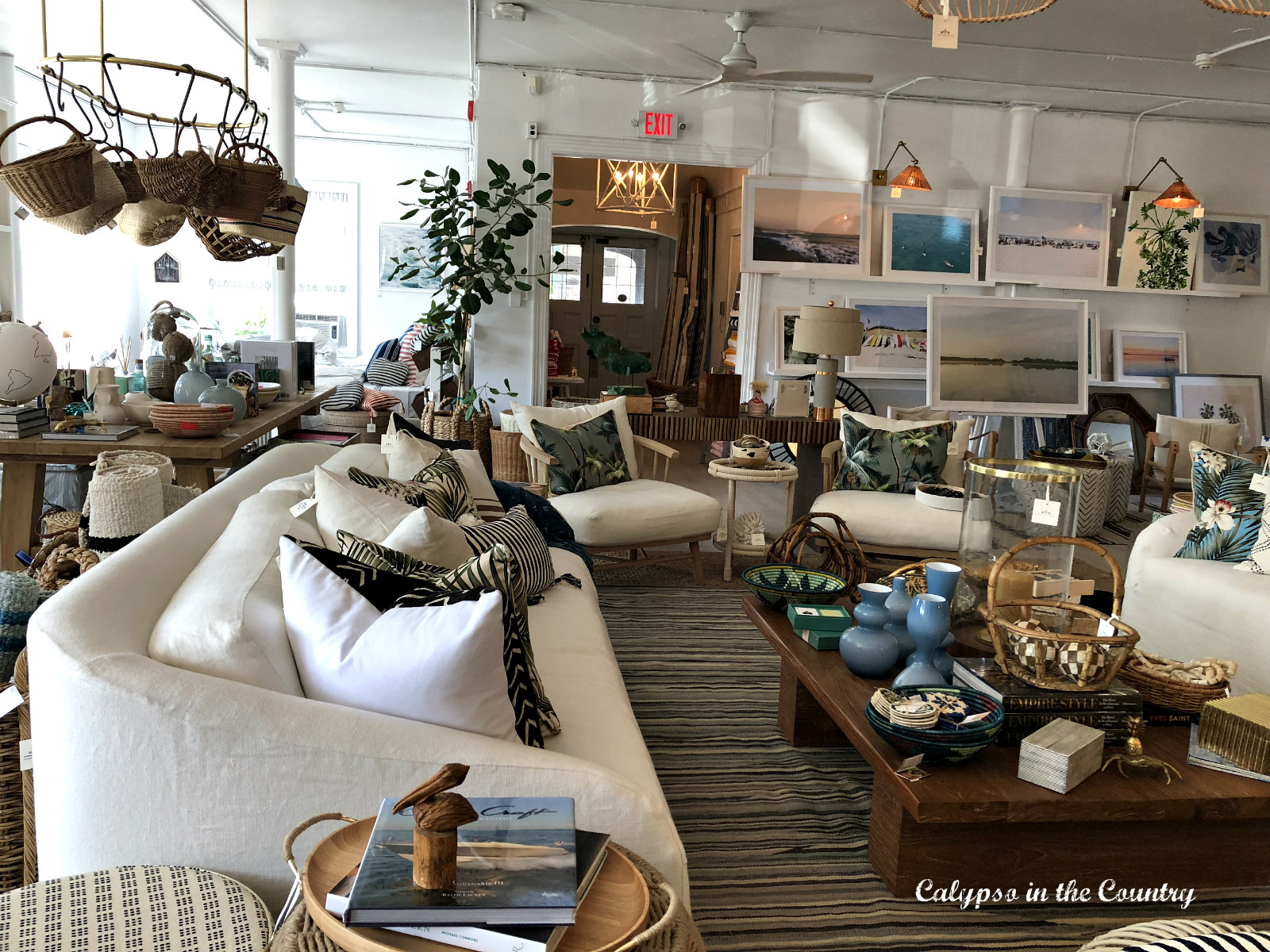 The staff couldn’t have been more attentive and friendly.  We could have stayed there all day! 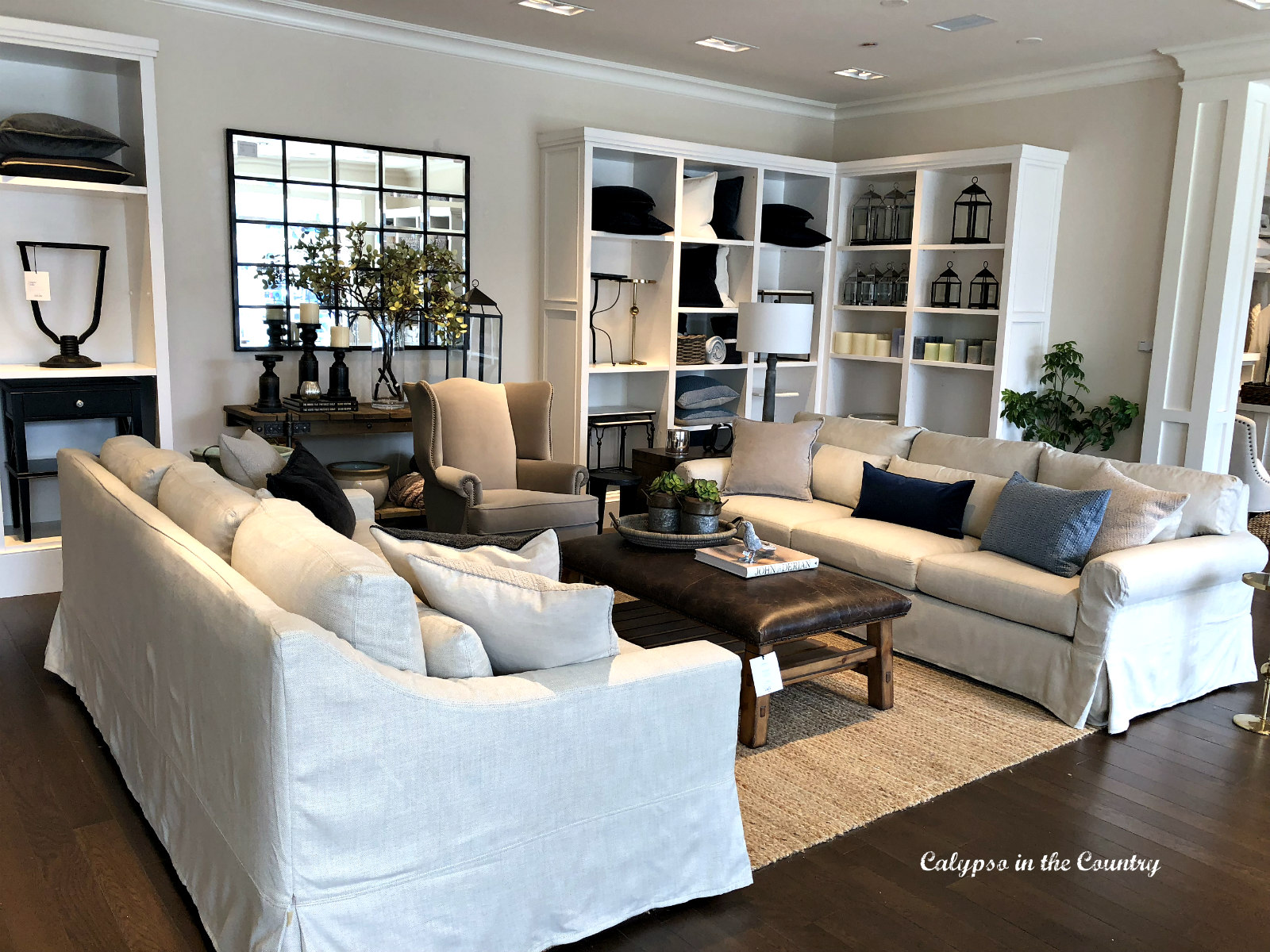 Sure, I am in Pottery Barn all the time, but the huge Southampton store had so many gorgeous displays that it felt fresh and different. 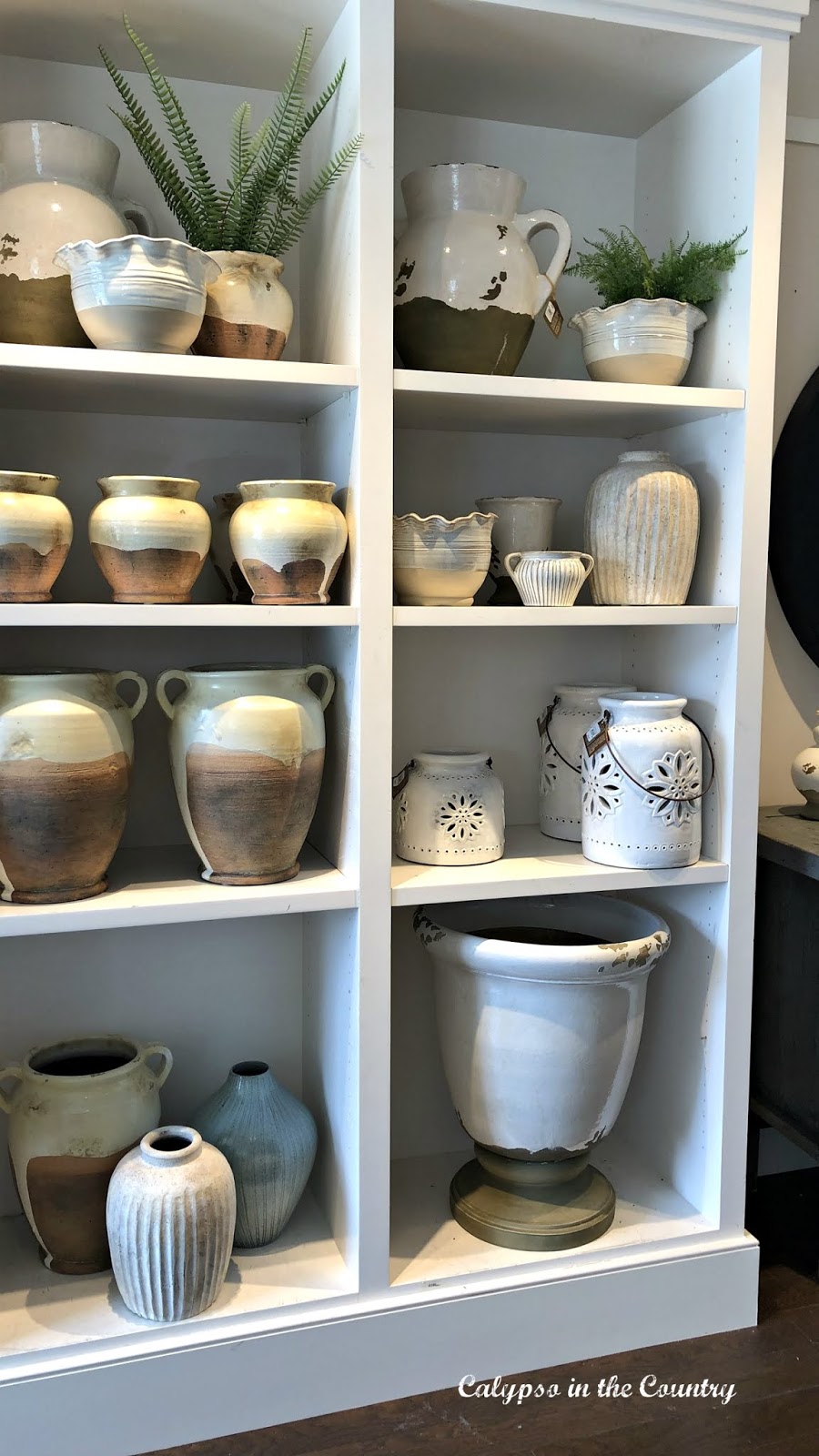 And I am always inspired by something when I shop there!

When decorating a vignette, can’t go wrong with candles and greenery. 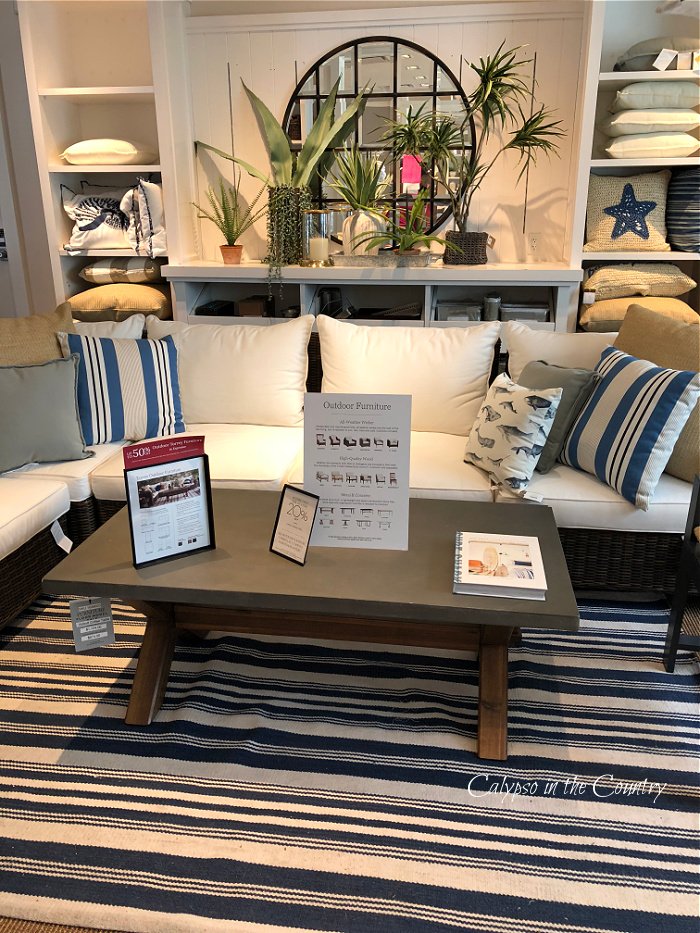 Of course, one can never have enough blue and white!  While shopping, I kept thinking of the decor from one of my favorite Nancy Meyer’s movies, Something’s Gotta Give.  If you’re a fan as well, read about why we love that movie! Southampton…what a lovely place to spend a morning!

After our shopping-fest, we headed back to New Jersey.  Ironically, we left town right around 12:30 p.m. which meant that we spent exactly 24 hours in the Hamptons!

We are already talking about visiting next year’s Hampton Showhouse.

Hopefully, next time we will be able to spend more than just one day there.  At least we know that 24 hours in the Hamptons is definitely doable!

Have you ever been to the New York Hamptons?

If you’re looking for some easy games for a winter party, today I’ll share the ones that worked for us! *Please note, this post contains affiliate links.  If you click my links and make a purchase, I will receive a small commission at no additional cost to you. Before I begin, I’ll give you the…

This winter we are making an effort to take the kids skiing as much as possible.  Now that my 11 year old has become fearless on a pair of skis, we want to give him as much practice as we can.  Although my 8 year old is hanging in there, he hasn’t quite expressed the…

With Daylight Savings Time ending tonight, I thought I would take you around my house to see some of my clocks… This clock is the Alexander Martinot Clock from Ballard Designs. It hangs in our conservatory,  otherwise known as the pool table room.  I purchased this clock from the Big Clock Store. Right now it…

It’s hard to believe May is over, especially since we didn’t have much of a spring here in the northeast.  This is such a busy time of year with school ending, graduations, vacations…and I am sure many of you have some fabulous trips planned for the summer.  We look forward to hearing all about them. …

It’s almost a requirement to indulge in something pumpkin this time of year, isn’t it? For the past couple of years when October rolls around, I head to Williams Sonoma and splurge on my favorite Spiced Pecan Pumpkin Quick Bread. Sure, it’s not exactly cheap but it’s so worth it! All you have to do is…

Why does the summer have to go so fast?!!  Just when you think you have so much time left, it’s suddenly time to start thinking about school again.  Luckily, most New Jersey schools don’t start until September, but still.  I feel like we should be planning more, experiencing more, traveling more…and then I also feel…