During a renovation, a lot happens in a week!

I ended last week with new hardwood floors and a new dilemma… Should we remove the half wall or not? 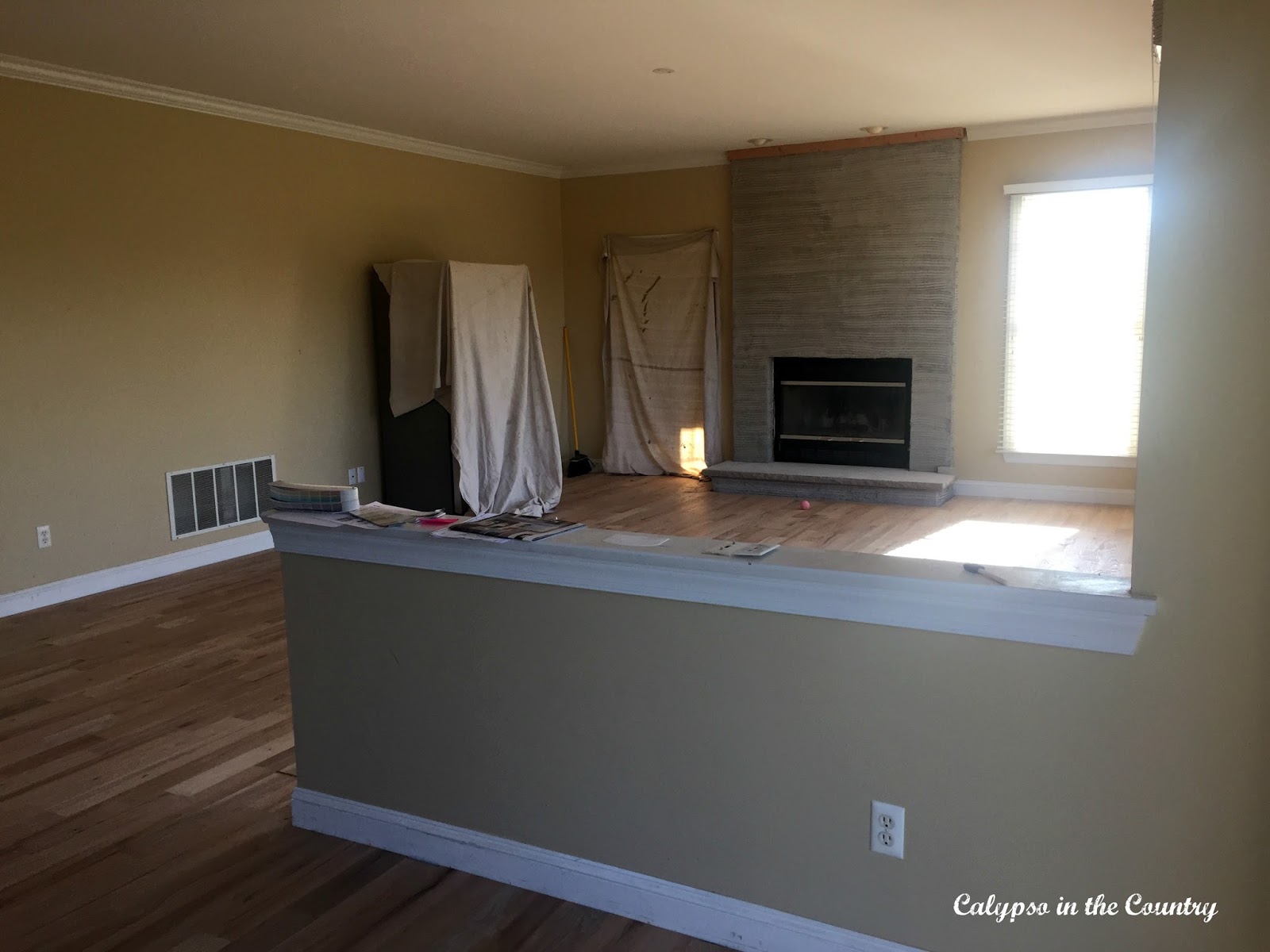 In the photo above, you see the half wall (otherwise known as “pony wall”) that separates the kitchen eating area from the family room.  Months ago, I mentioned to my husband, my kitchen designer and my contractor that I was thinking about removing the wall.  My kitchen designer and my contractor agreed it was a great idea but my husband didn’t.  So, I kind of dropped the plan right there because I had other “must haves” that I was trying to convince my husband that I “must have.”

Fast forward to a couple days after the wood floors went in.  I had just climbed into bed and was already half asleep when my husband hesitantly starts a conversation.

“I probably shouldn’t even bring this up…”, he begins.

“Do you think maybe we should remove the half wall?”, he asks. 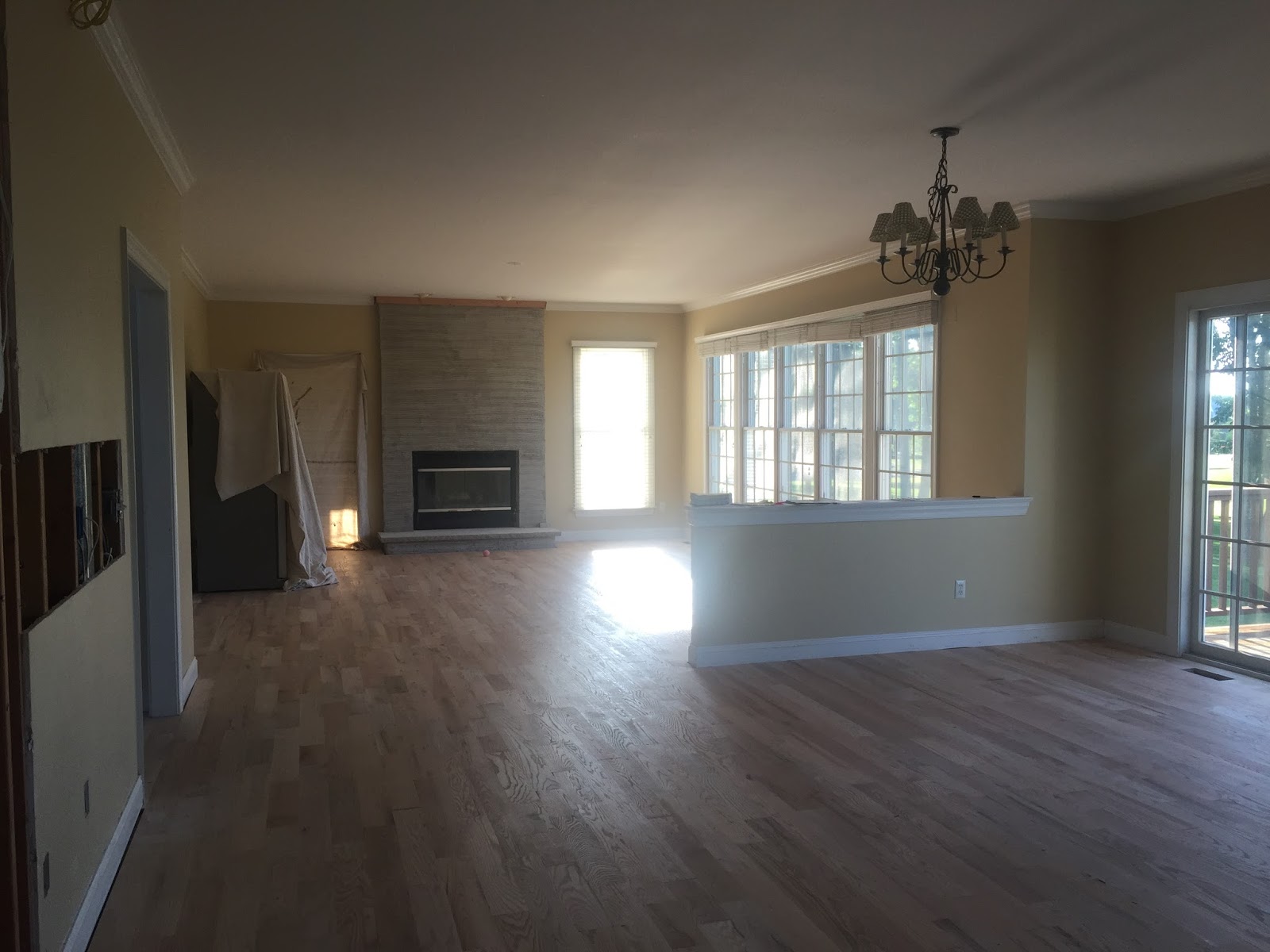 Deciding to remove the wall

So there it began.  First thing the next morning I was on Instagram blabbing about my dilemma.  I wanted some reassurance that removing the half wall would be a good idea.  After all, I hadn’t yet asked my contractor how much it would cost to take it down, move the electrical and then feather in the floor boards which were JUST installed!  Luckily, since we hadn’t had the floors stained yet, I had some hope that this little project wouldn’t turn into some out of control, crazy fiasco!

As I checked my Instagram comments, I was thrilled that every single one of you who responded to my dilemma agreed that removing the little wall was the right thing to do!  Thank you for your honest opinions by the way!  When I checked with my contractor, he assured me it wouldn’t be a huge project but commented that removing the wall would have been cheaper before the floors went in…obviously.  By some miracle, my husband agreed to the extra expense and before long, we had the guys in there tearing it down! 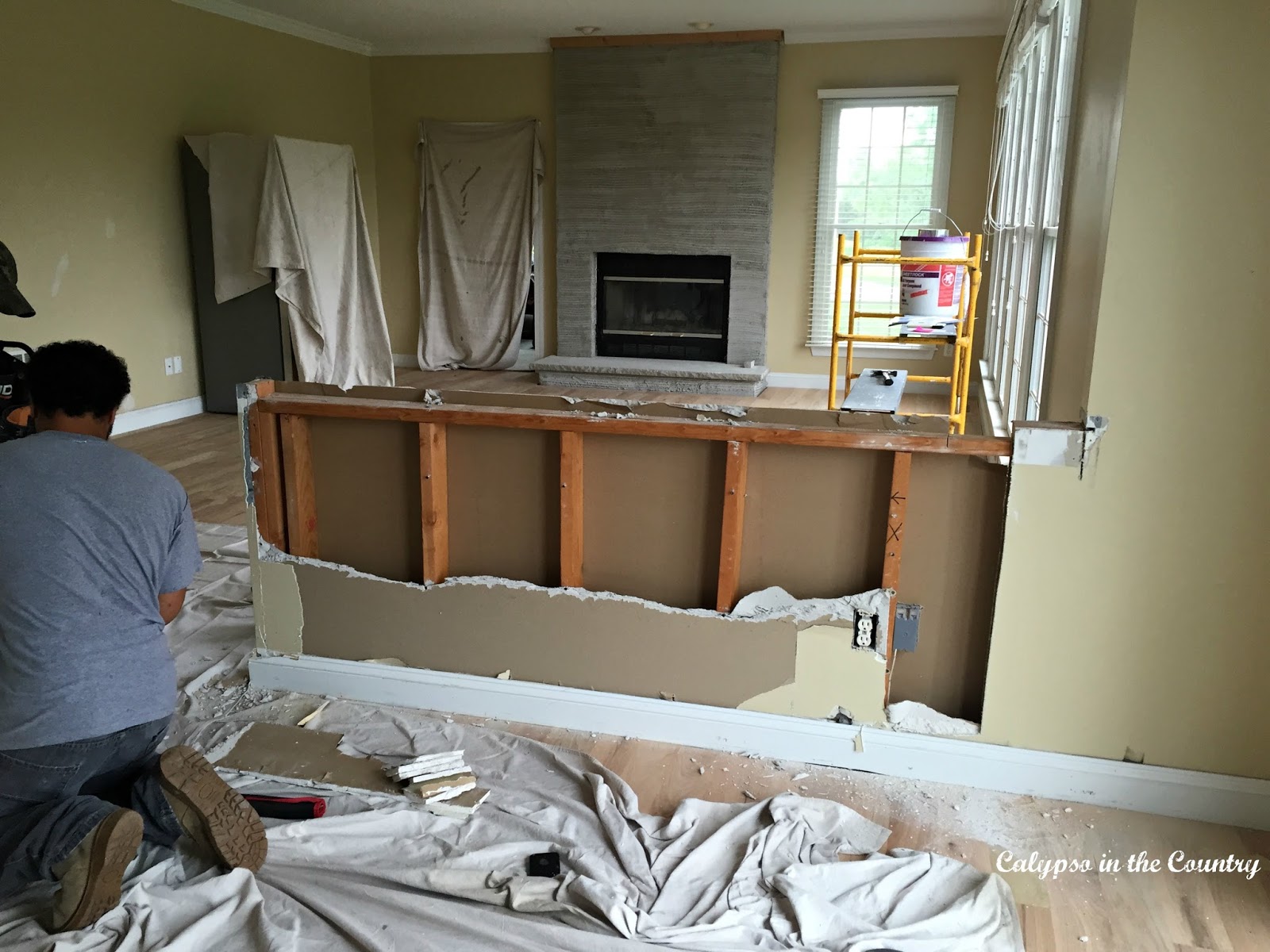 No turning back now… 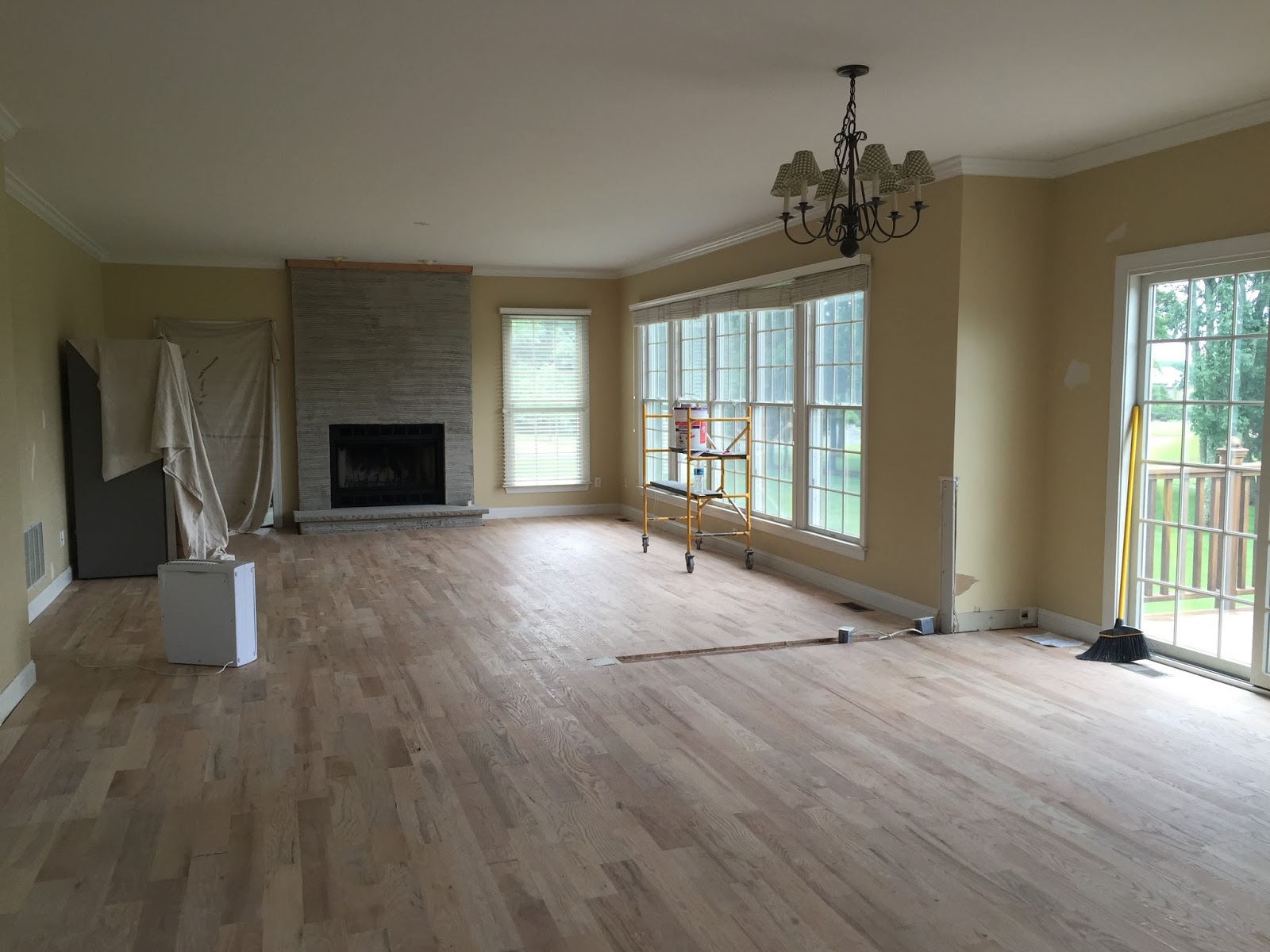 And now the kitchen/family room area is opened up.  I think I will have so many more options for furniture placement now!

(The flooring guys are coming next week to fix the floor boards.)

The Before and After 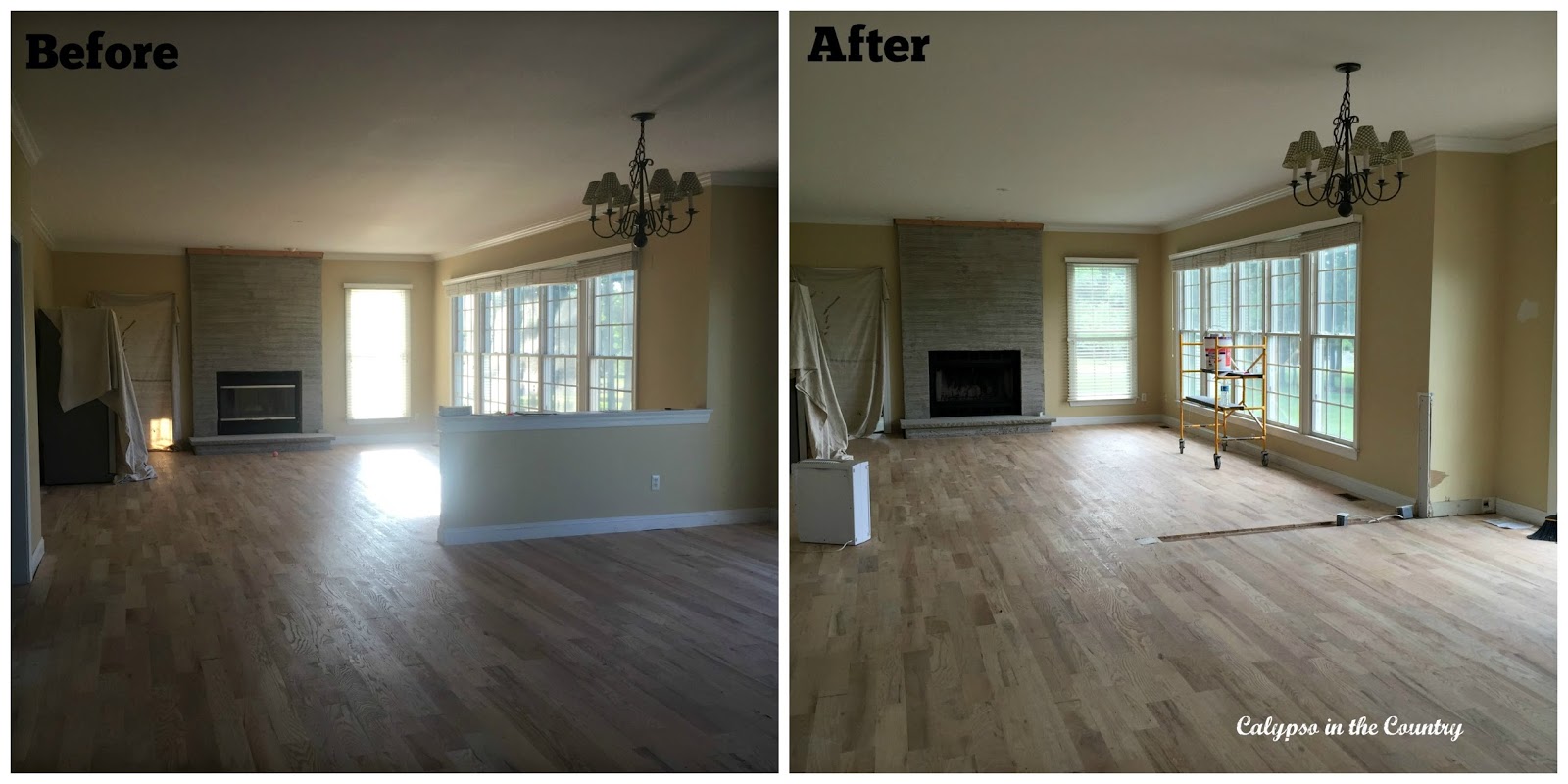 Look at the difference!

So, I think my husband is beginning to trust my design decisions.  He agreed that removing the half wall was the right thing to do but admitted that he really couldn’t envision how it would look until the floors actually went in.  I totally understand because before the wood floors, the family room had carpet and the kitchen had tile.  The wall made sense then.  Oh well, at least we did this BEFORE the floors were stained!

Let’s hope removing the half wall will be the only afterthought of this renovation! 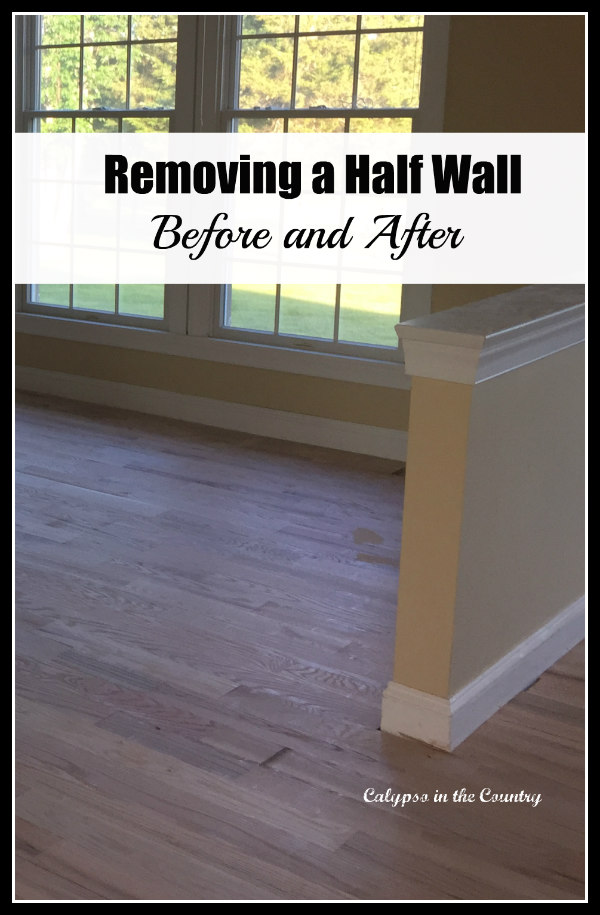