Last month some friends and I took a road trip to Virginia Beach.  We chose Virginia Beach because it was halfway between us and no one would have to fly.  Since it was May, we didn’t plan for beach weather so it didn’t matter that our hotel was not on the beach. We were just looking for a relaxing place to spend time catching up with each other.  The Founders Inn and Spa was just what we were looking for…

A Charming Hotel in Virginia Beach: 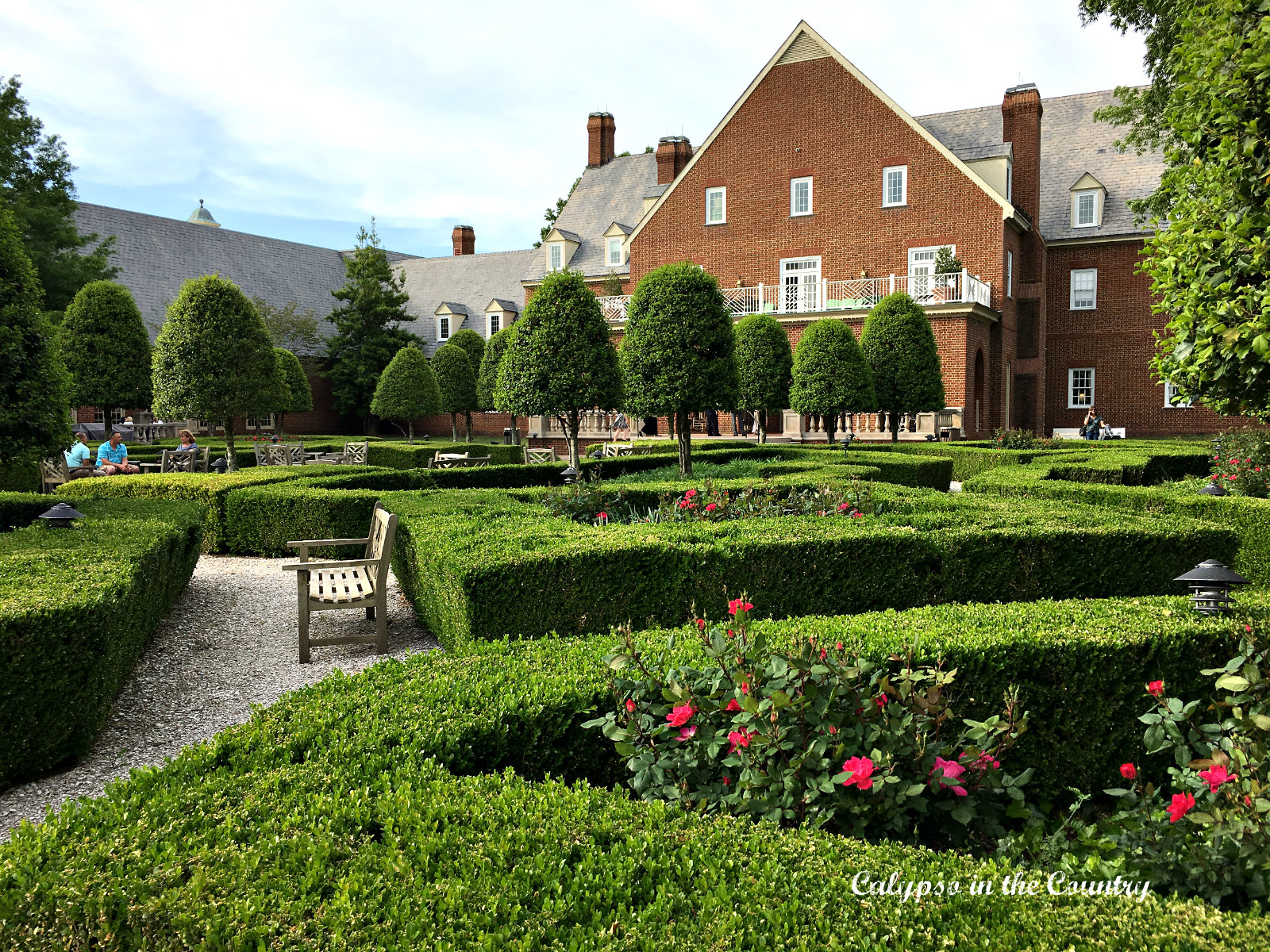 Apparently, the name of the Founder’s Inn represents the Founding Fathers who drafted the Constitution. The hotel definitely had a historic vibe between the architecture and the period furniture.  As we walked around, we kept saying how the place felt “very Virginia” to us. 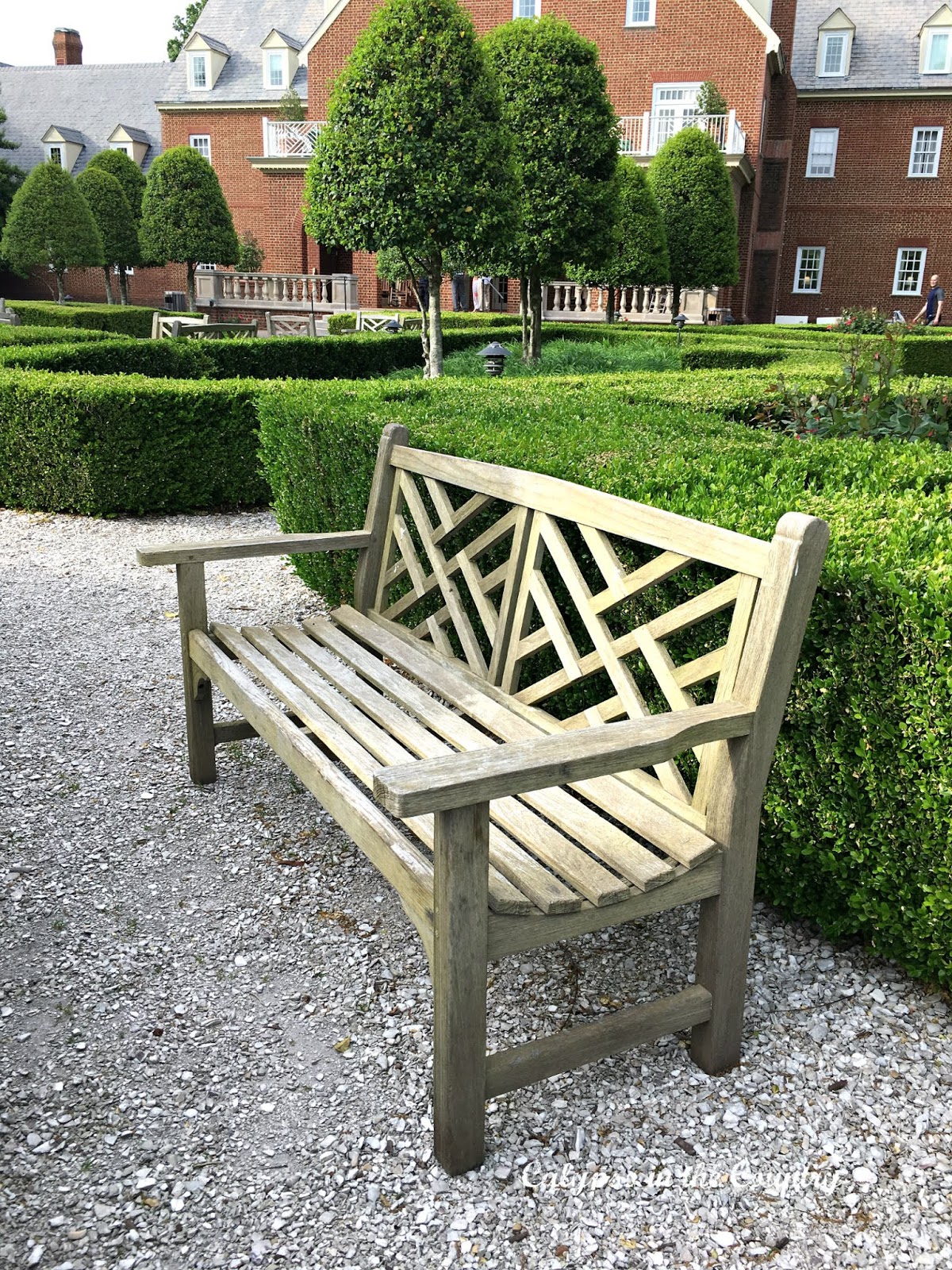 As you can see, the gardens on the property were beautiful.  It’s the perfect place to host an event.  In fact, the first night we watched a large group taking prom pictures and the second night we witnessed a wedding. 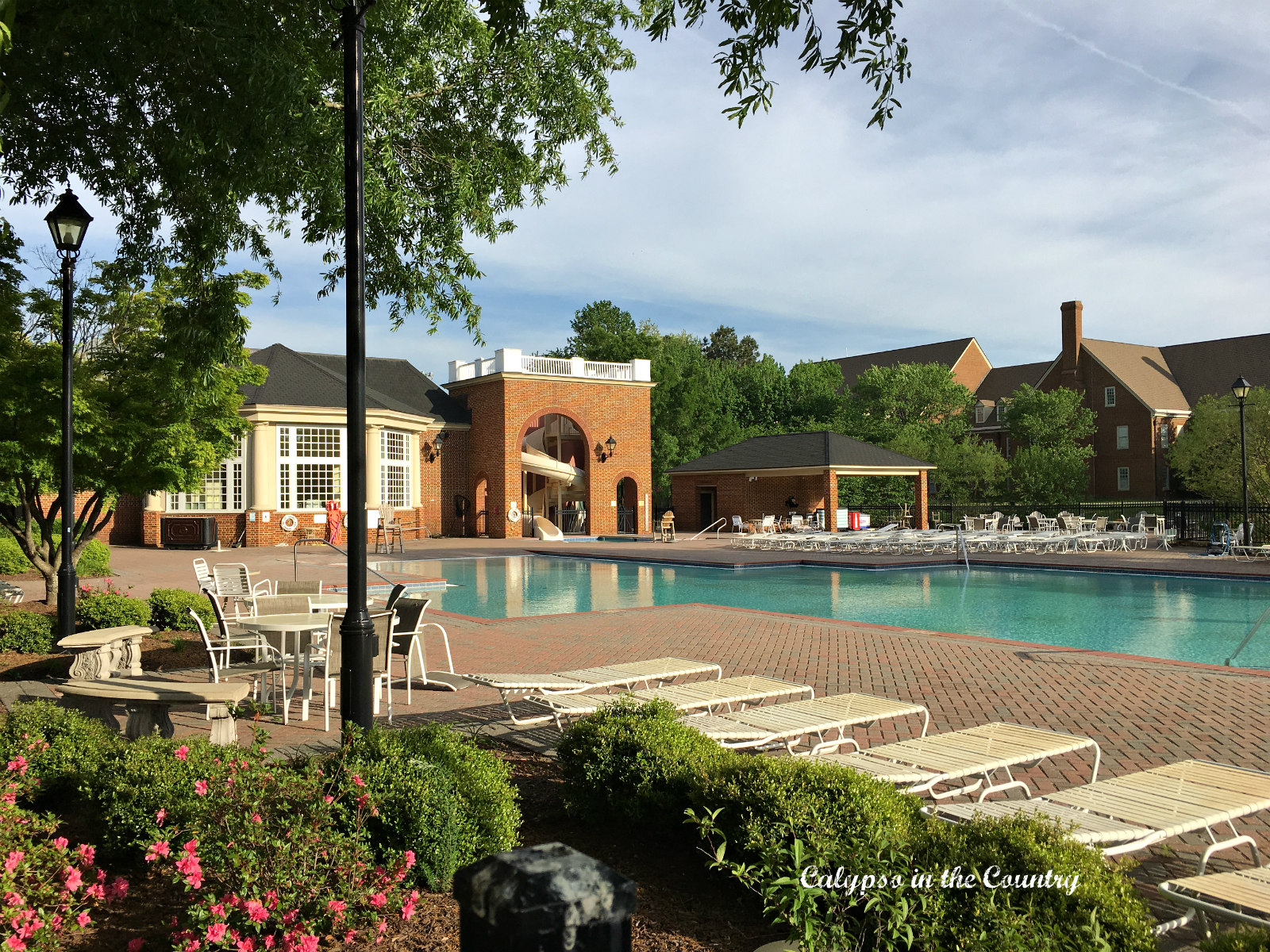 Since it wasn’t warm enough we didn’t swim in the pool but it looked like a great place to lounge with the family in the summer. 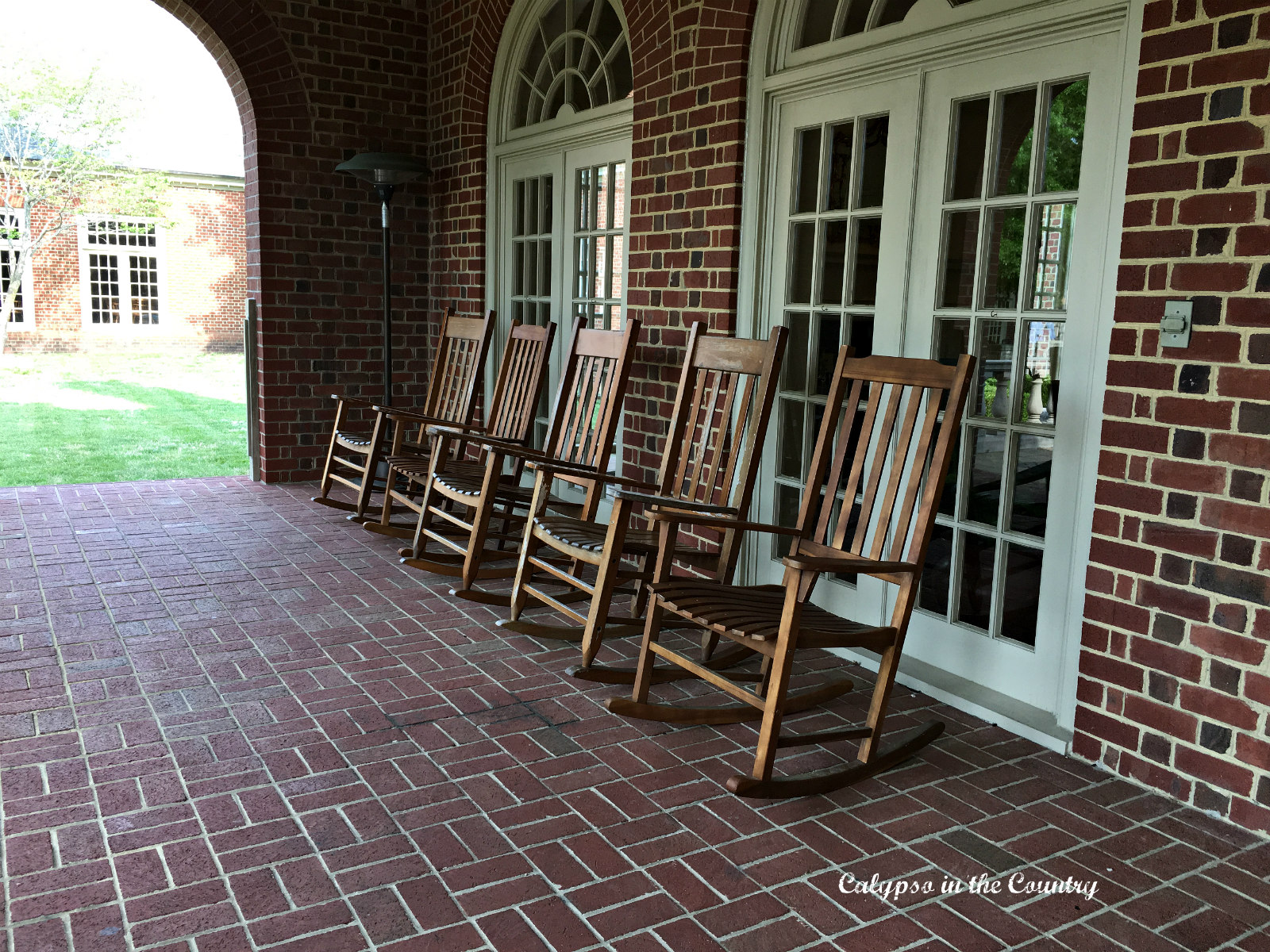 Like I said, the hotel was furnished with period furniture… 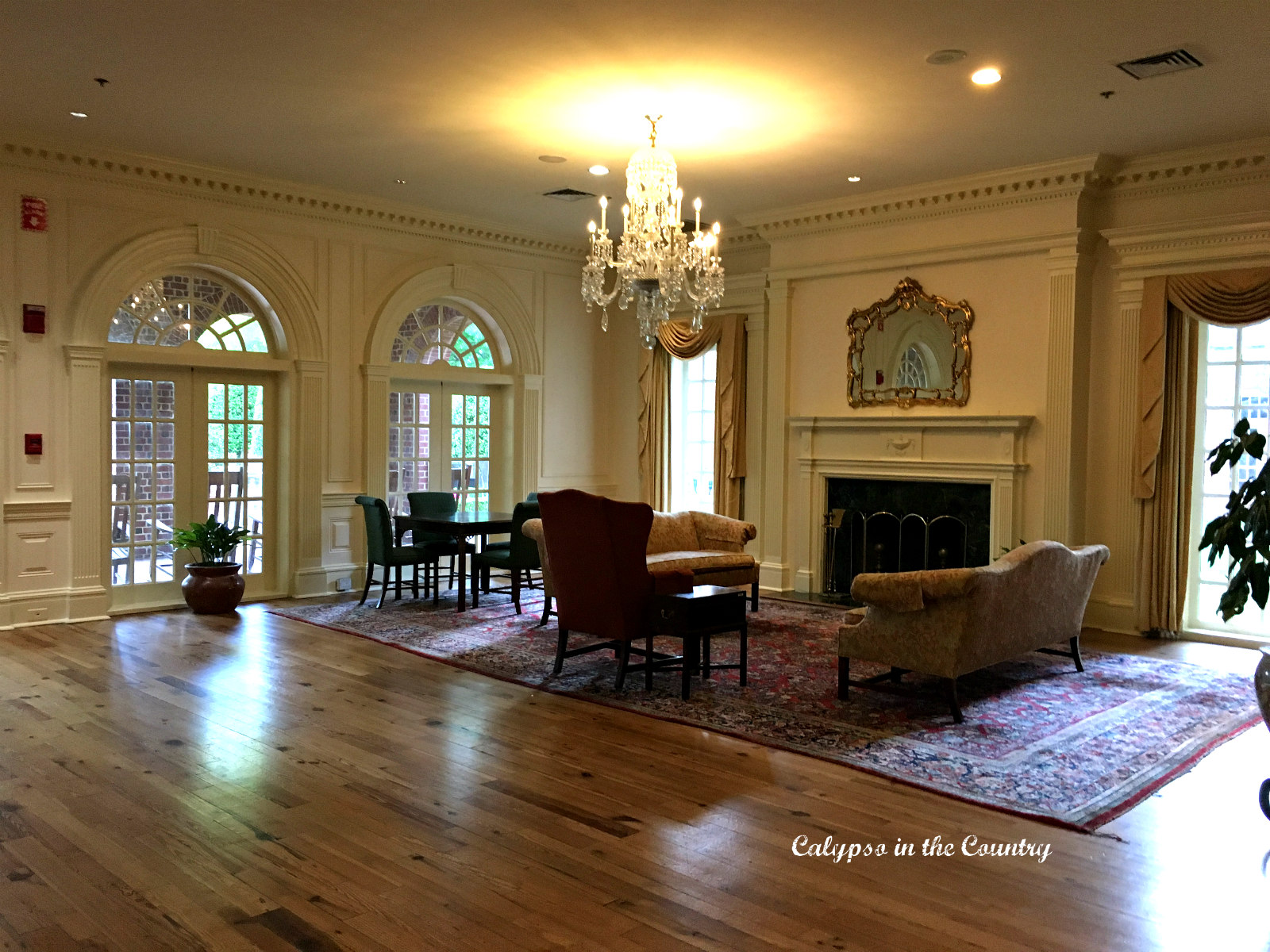 This was one of the lounge areas off the lobby.  Throughout the hotel, there were plenty of common areas.

At the end of our hallway, there was even a darling lounge… 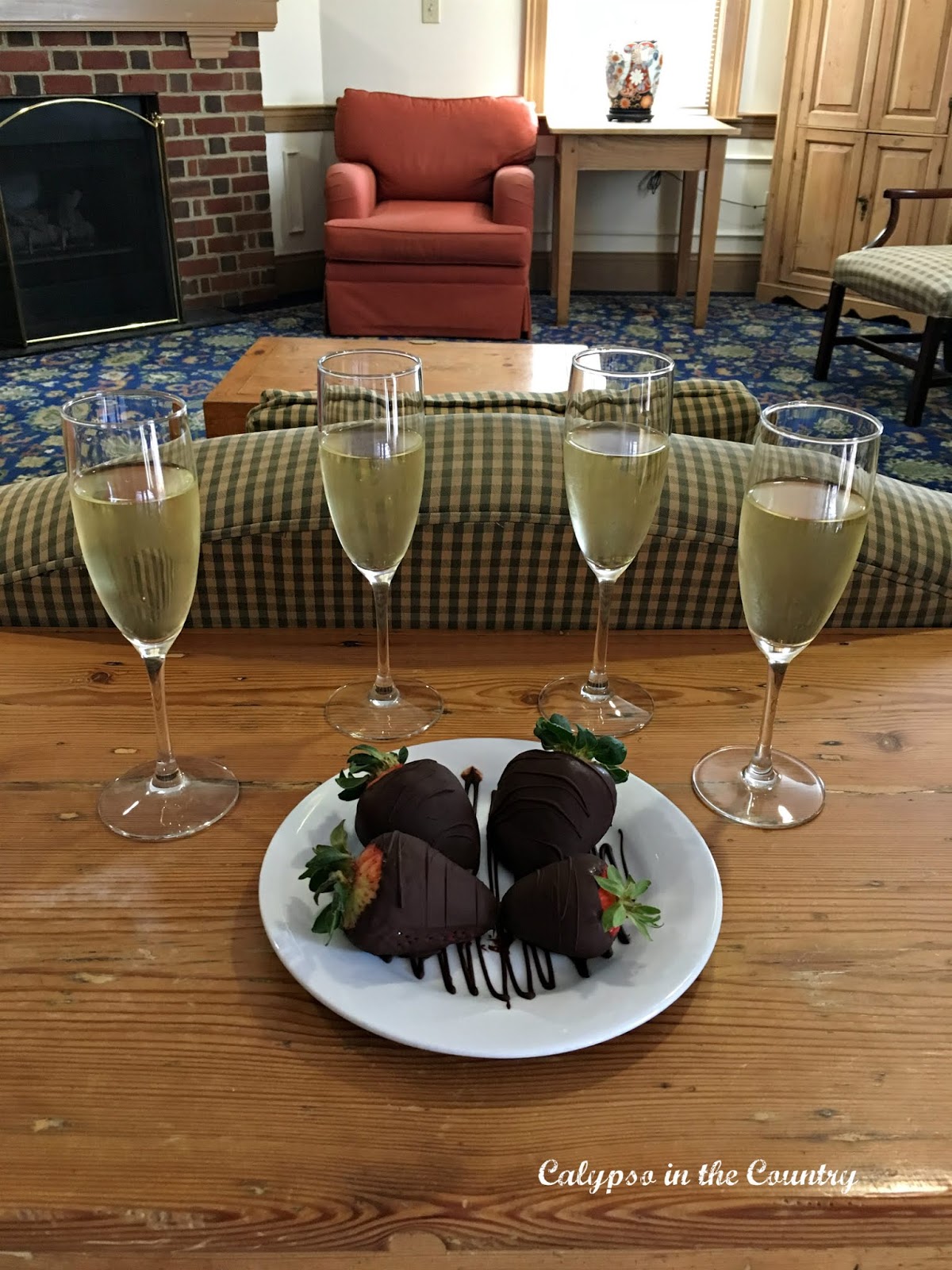 And part of our “welcome” included champagne and chocolate covered strawberries!  You can’t beat that southern hospitality!

As you can see, the rooms were very charming and southern feeling with florals and cheerful colors… 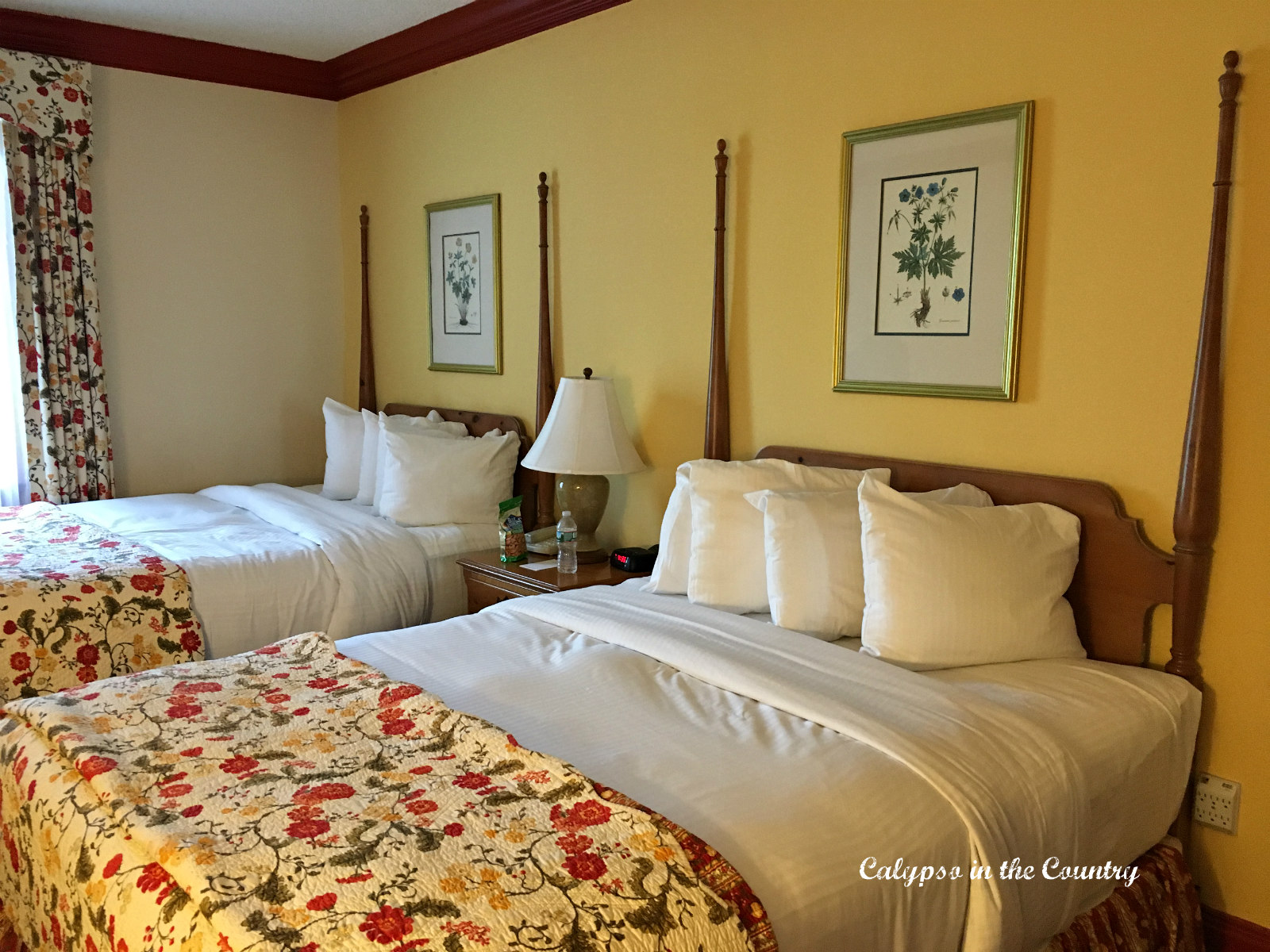 I must note that the beds were very comfortable.  Maybe we were just extra tired after the long drive (and the champagne) but I definitely slept well!

For our first night, we ate dinner at the Swan Terrace in the hotel.  Since we knew we would be tired from driving the first night, it made the most sense.  Also, I had read some good reviews on the restaurant.  The menu was simple but good and we also enjoyed the huge buffet breakfast there each morning. 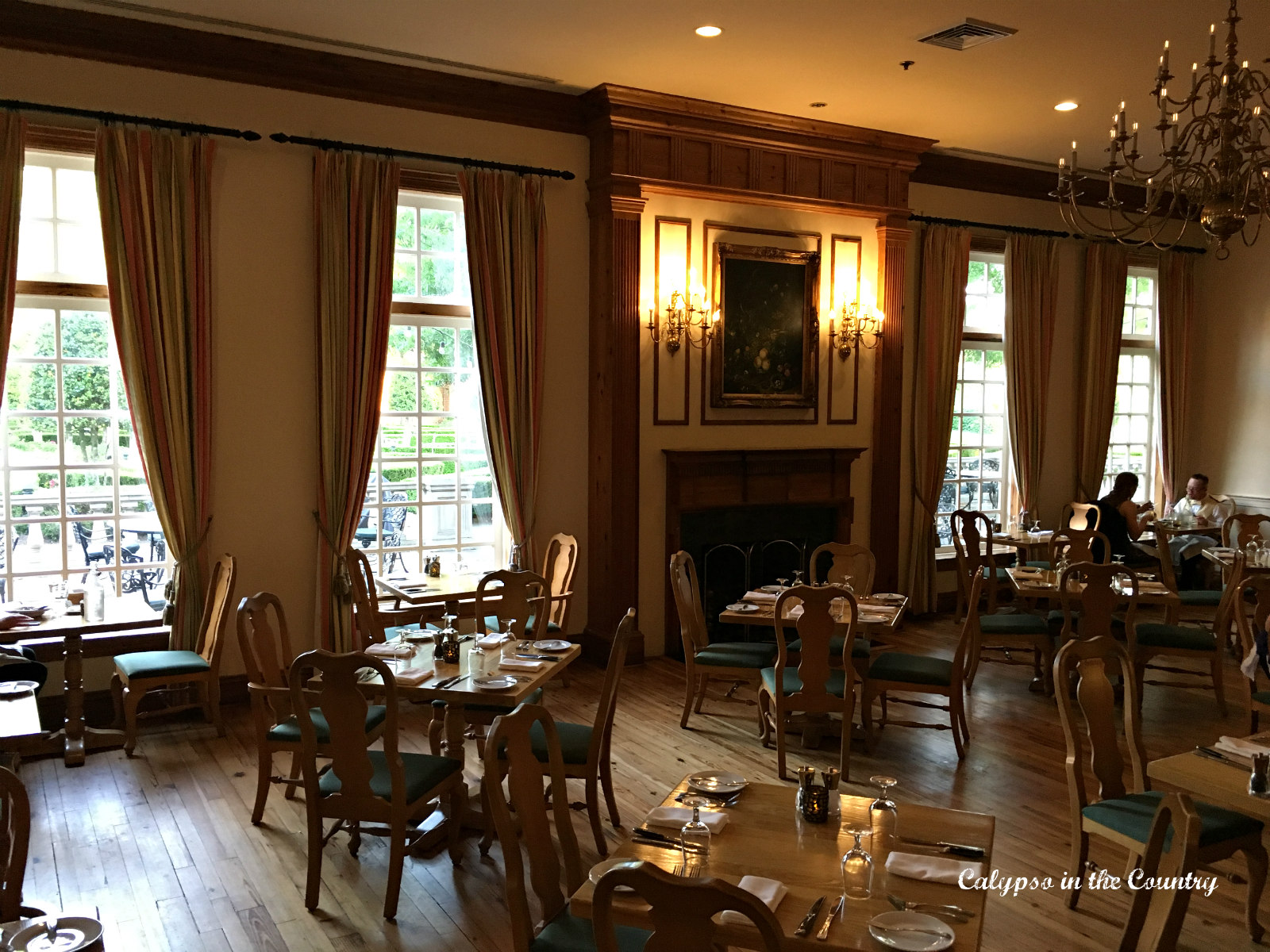 Apparently, the Swan Terrace must have been named after the swan on the property. 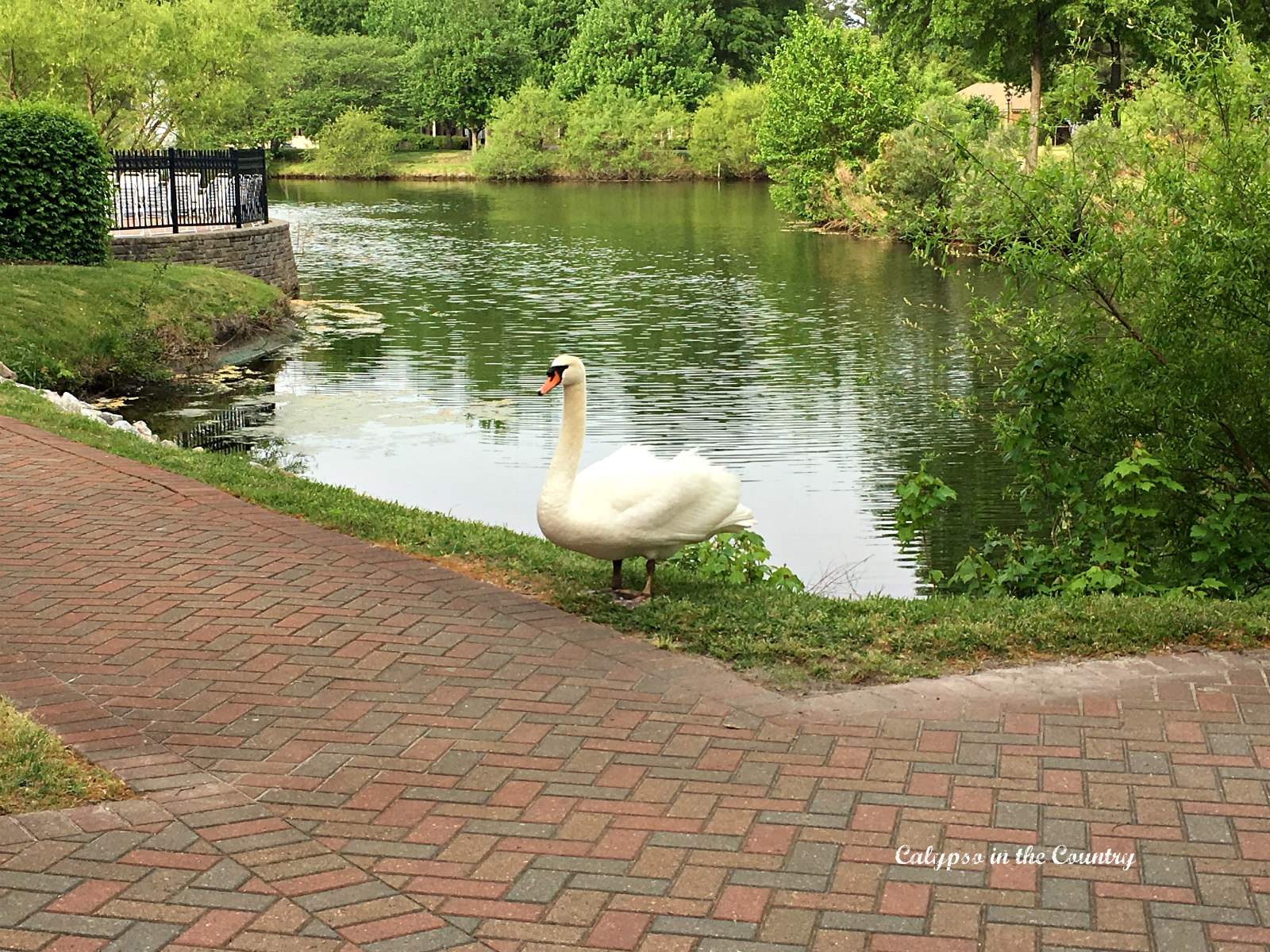 We spotted this one strolling around one morning.  I believe someone told us her name is Abigail.

Things to Do in Virginia Beach:

Besides spending time at our pretty hotel, we explored a bit.  The first morning, we drove to the beach area of Virginia Beach and walked around.  Weeks earlier, I had tried to get everyone to commit to horseback riding on the beach.  I think I was the only one interested so that kind of fell through.  We did watch the Kentucky Derby on TV that evening…Does that count?  The hotel didn’t have any planned Kentucky Derby activities like we had on last year’s Martha’s Vineyard trip.  It was a good thing, because I forgot to bring a derby hat!

We knew there were lighthouses in the area and after some confusion, we realized they were located on a military base.  In order to visit them, we had to go through a check point with a car search and strict instructions on where we could and could not go. 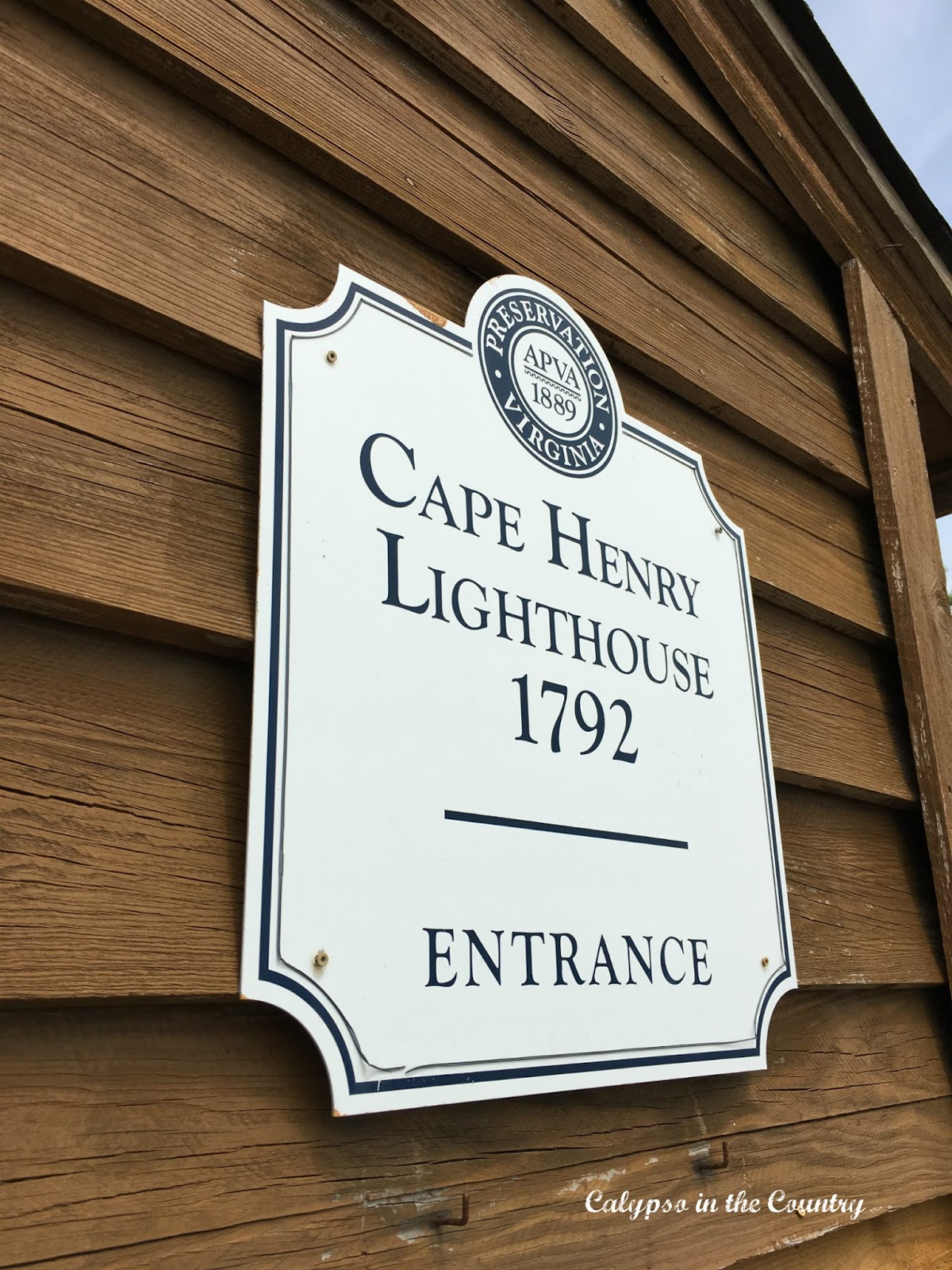 We were only able to visit the Cape Henry Lighthouse.  The other lighthouse on the property was in the restricted area of the military base…but we took pictures of both from a distance…. 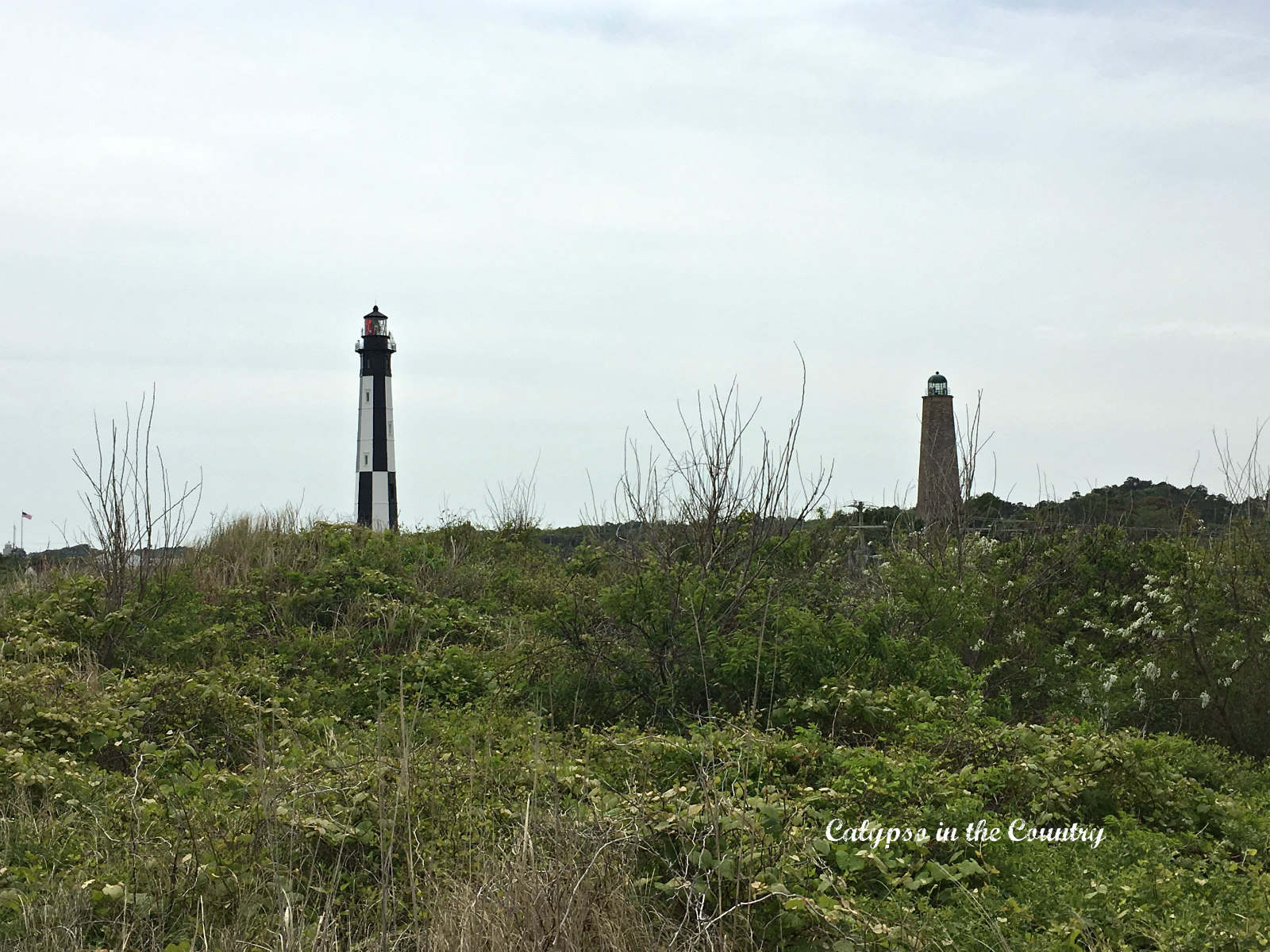 From there, we drove into downtown Norfolk.  An outdoor wine tasting festival was going on but after a long Mexican lunch to celebrate Cinco de Mayo, there wasn’t much time to attend the event.  We did explore the waterfront area of the city though. 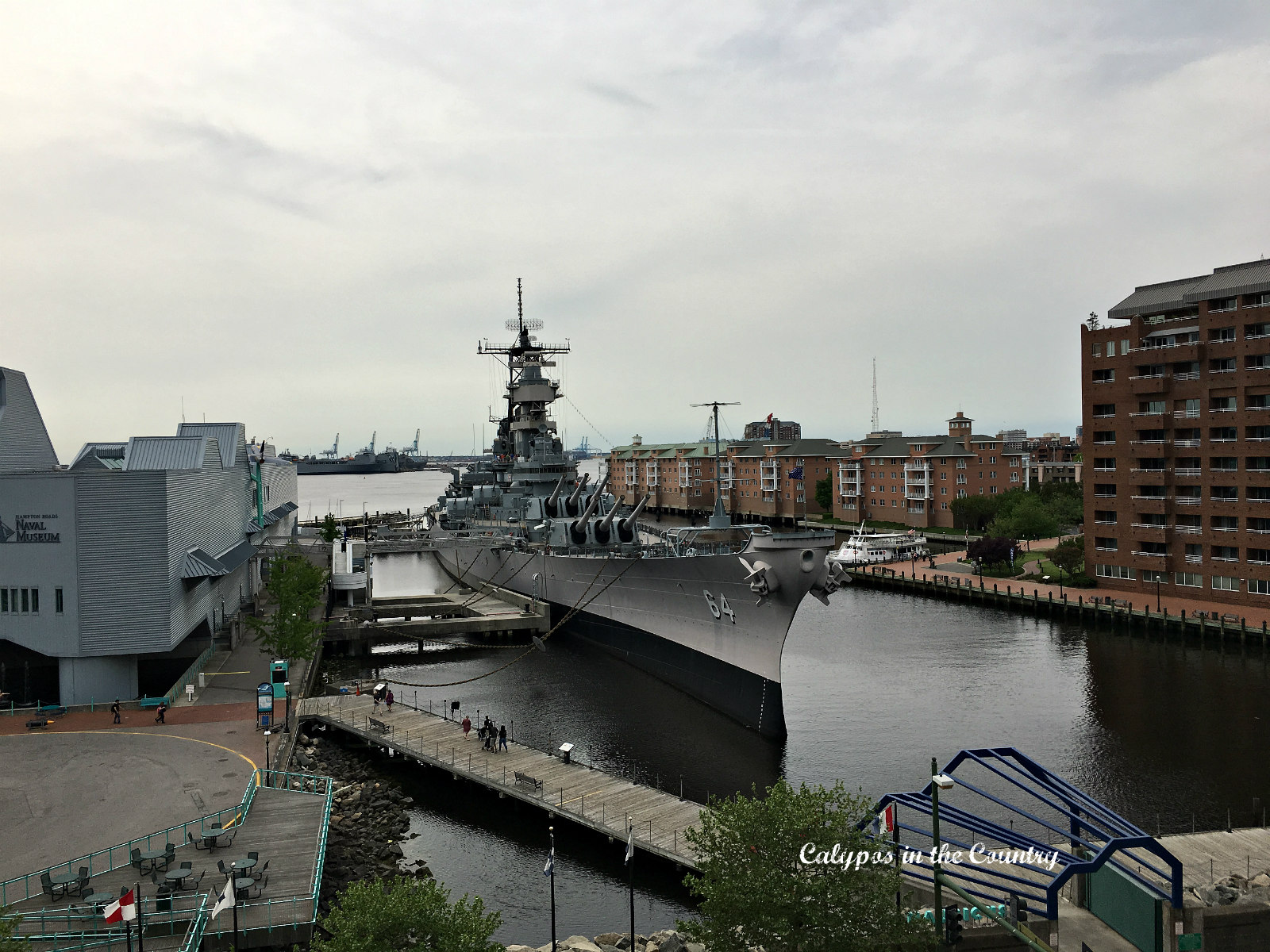 My kids would have loved this old ship!

Mermaids are the symbol of Norfolk… 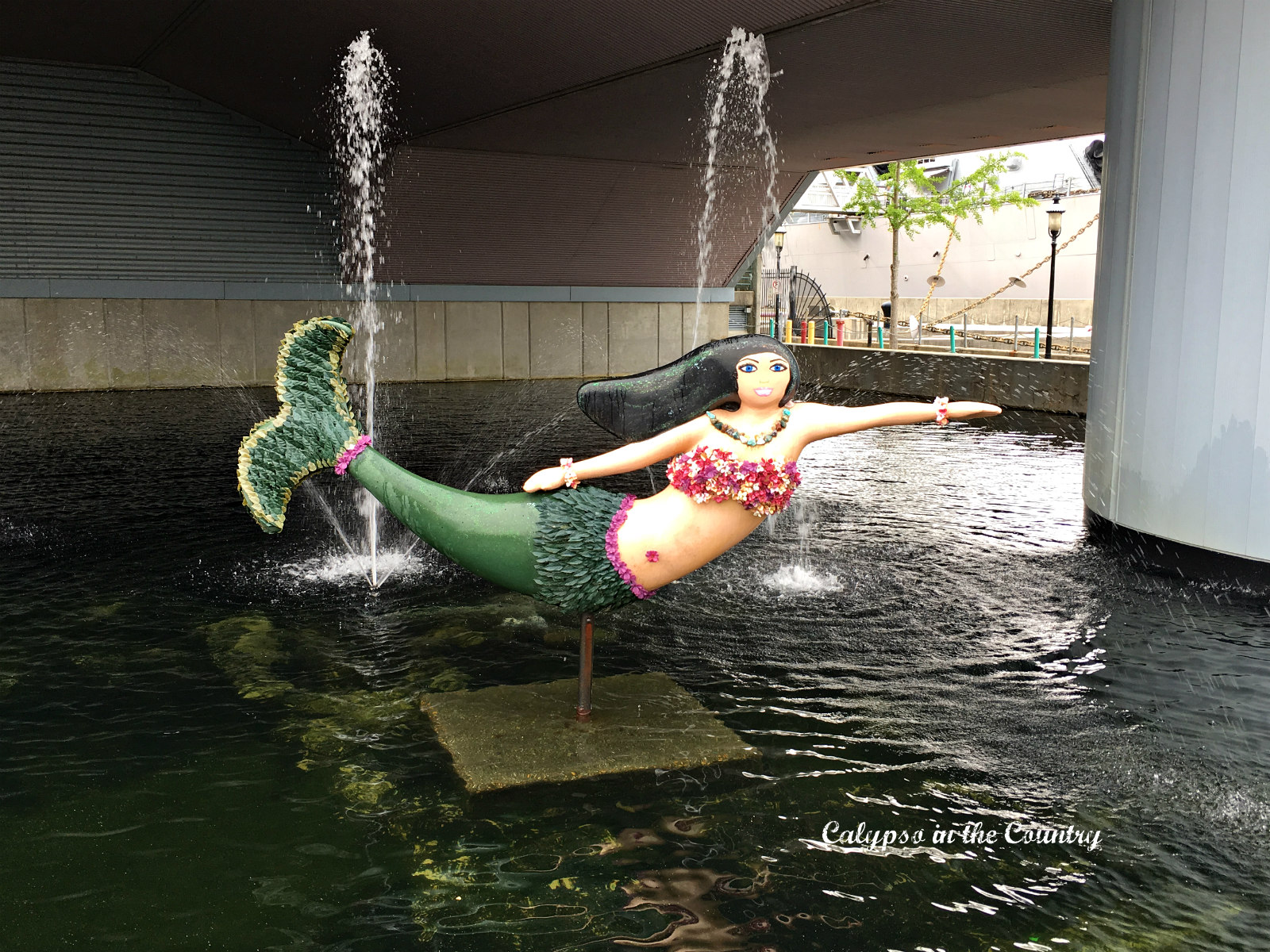 There were so many different ones around the city.

We also stumbled upon an enchanting Japanese garden… 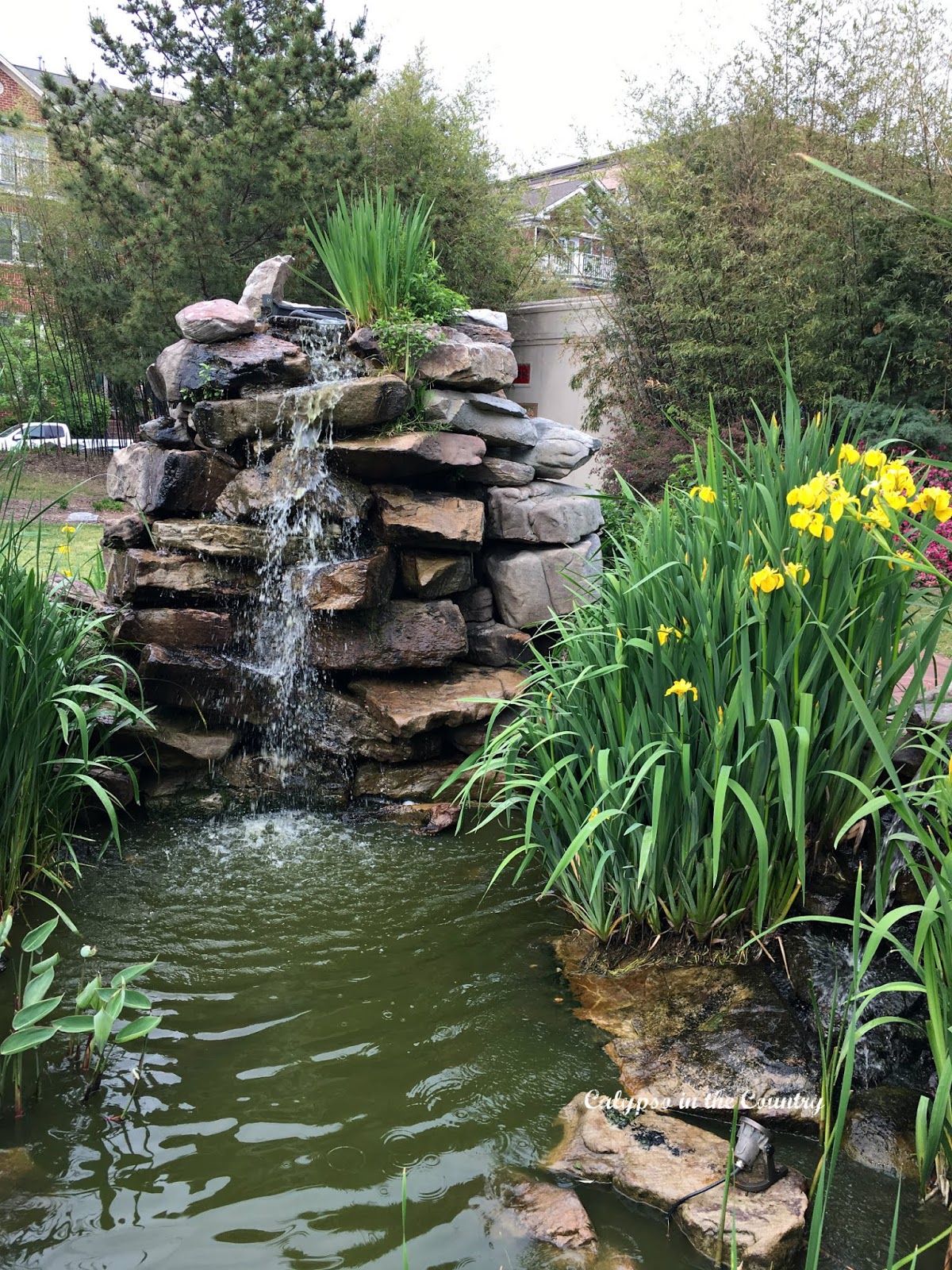 I think I enjoyed the gardens at our hotel just as much though.  The classic look of boxwoods and flowers have always appealed to me. 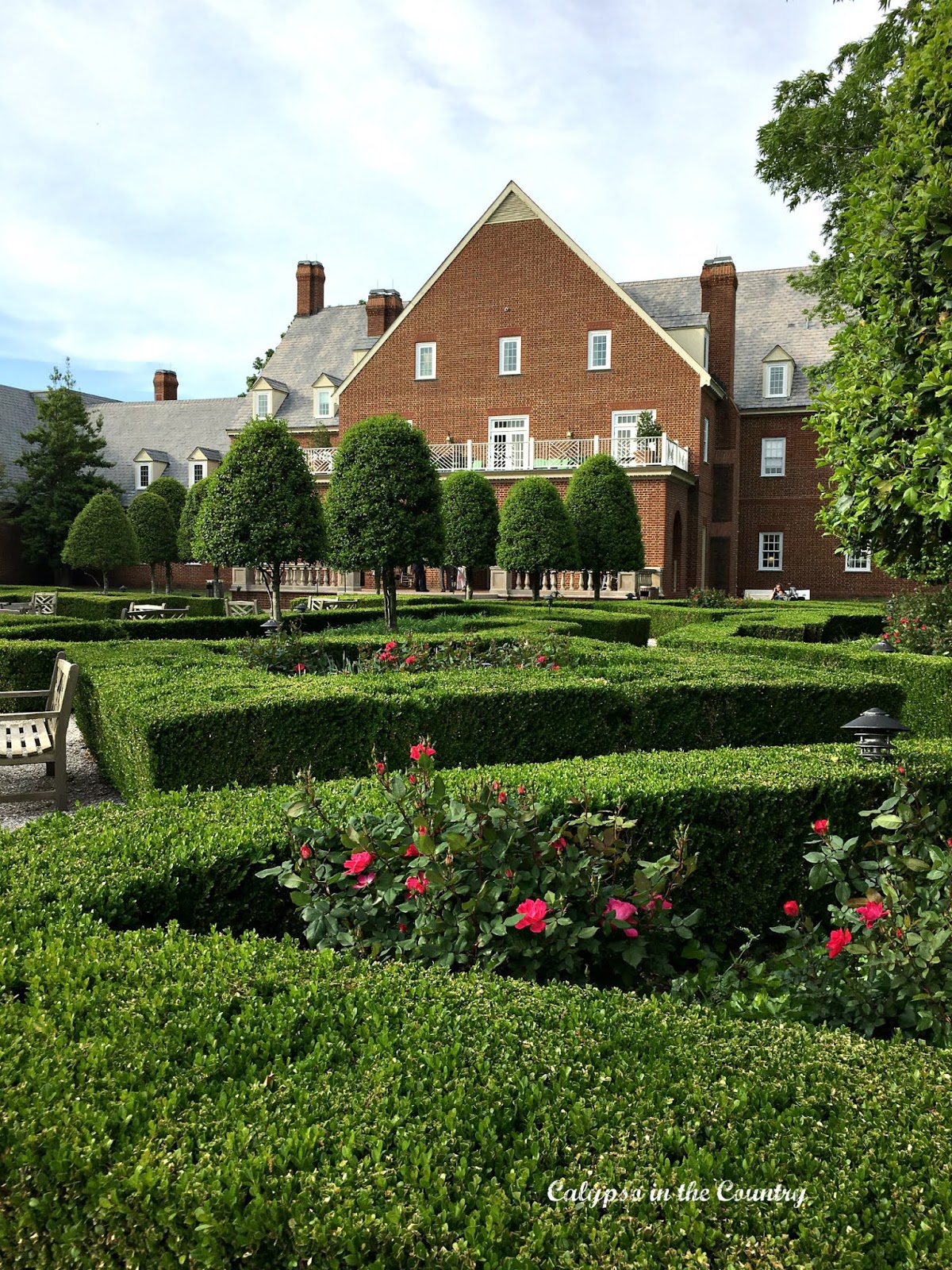 Well, that’s another girls’ trip for the books!  If you are looking for a charming hotel in Virginia Beach, give the Founders Inn and Spa a try!

If you are thinking of the Founders Inn for your girls’ weekend, here are a few fun things to do in the area:

Are you planning any weekend getaways?

This past Monday, the family and I slipped away for a few days of sightseeing in the historical city of Boston, Massachusetts!  I posted a few photos on Instagram but now I would love to share more details of our fun family getaway.  I had planned to lump everything into one post but then realized I had…

Every now and then when I go on vacation, I tend to act like a tourist… A few years ago…actually maybe about 8 or 9 years ago, we took a trip down to Savannah, GA. Owens-Thomas House On this trip, we stayed with friends who owned a house on a golf course on Skidaway Island…

As I mentioned in my last post, we flew out to Los Angeles, California on a spontaneous family trip last week!  With the kids off from school Thursday and Friday, it made sense to take off one extra day (Wednesday).  This allowed us more time to enjoy our vacation. *For your convenience, please note that…

As always, I enjoy reading all the travel posts you have linked up at our monthly Take Me Away Travel Link Party.  Sorry, but I am a little late sharing the features for our August party.  But now that summer has come to an end, I am back in my routine and will stay on…

If you read my blog, you know we spend many weekends skiing in Vermont.  Today, I thought I would share some of my ski weekend routines with you! Before we begin, are you more of a spontaneous person or a planner?  I am definitely more of a planner yet I like to think of myself…

The calendar says September but it’s definitely still feeling like August here in New Jersey!  Luckily, I think the temperatures are due to cool down later in the week.  Although, I have a hard time saying goodbye to summer each year, once Labor Day passes, I start to look forward to fall. As always, I…