If you’re looking for some easy games for a winter party, today I’ll share the ones that worked for us!

Before I begin, I’ll give you the story of why I created these winter games…  Recently, the class mom in my son’s class needed volunteers for the class winter party.  She sent an email request out on a Monday for the party that Friday.  Like everyone, I was busy with all my last minute Christmas running around so I finally responded on Wednesday with a quick, “If you need any extra help with the winter party, I’m available on Friday.”

Immediately, I got an email back saying something like, “Great, we have someone doing a craft but you can run the games!”

Yes, run the games.  Apparently, I was the only other person who offered, so here I was scurrying around on Wednesday trying to think of games for a party on Friday morning.  Yes, I still had Christmas gifts to buy and wrap.  Though with middle school rapidly approaching, I realized that this could be the last class party I get to be involved in.

Although, it can be hard to come up with a good theme for a winter party, (that’s not too Christmas-oriented), a snow man theme is a great place to start.

After asking my kids for a few suggestions, I also scanned through Pinterest for some ideas.

From there, I decided on these 3 easy games that could keep a room-full of 5th graders entertained.

In fact, these games would be a hit in a school or home party! 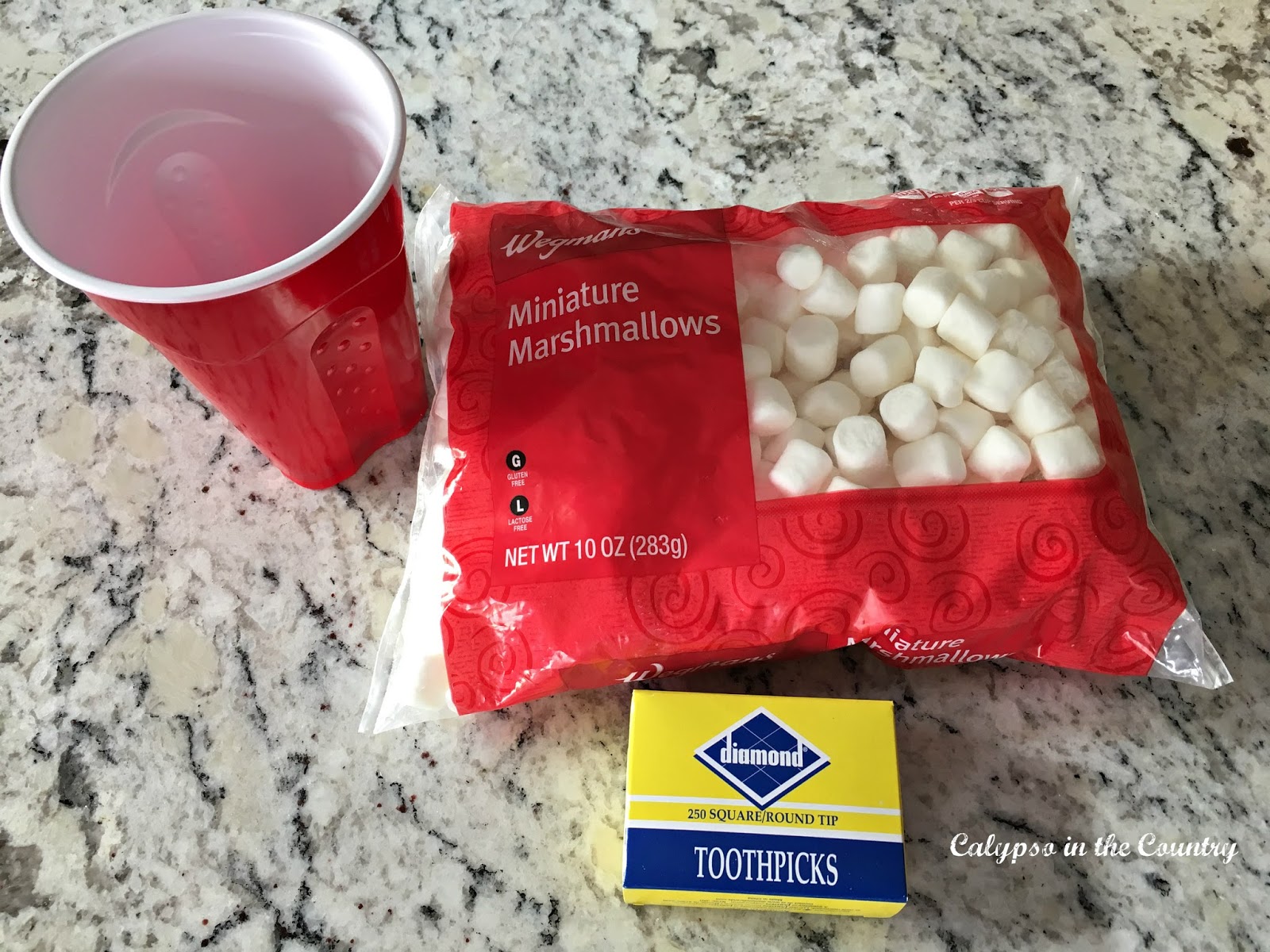 My seventh grader gave me this game idea and it ended up being a huge hit with the kids.

For this game, we filled a cup with mini marshmallows and gave each child a stack of toothpicks.

The object of the game was to build the tallest structure just using marshmallows and toothpicks in a 5 minute time period. 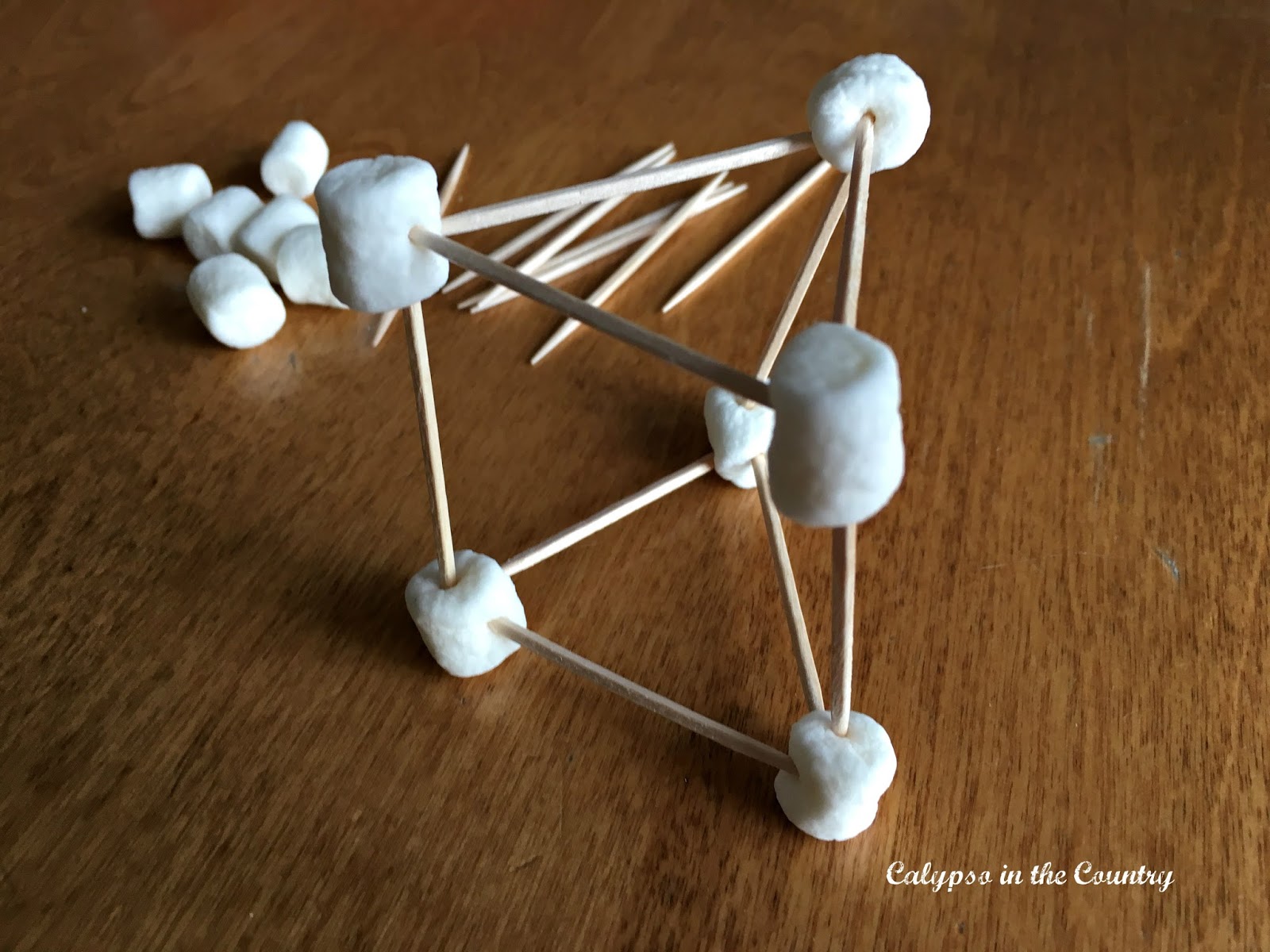 Immediately, the kids got to work and were actually very creative with the way they built the structures.  The only requirement was that it had to stand alone without support.  I think the winner ended up being 9 inches tall.  So much fun.  Of course, they wanted to eat them all in the end but we had to throw them out.  Unfortunately, we are not allowed to bring in food for school parties…I know, just ridiculous.  They had fun with it anyway! 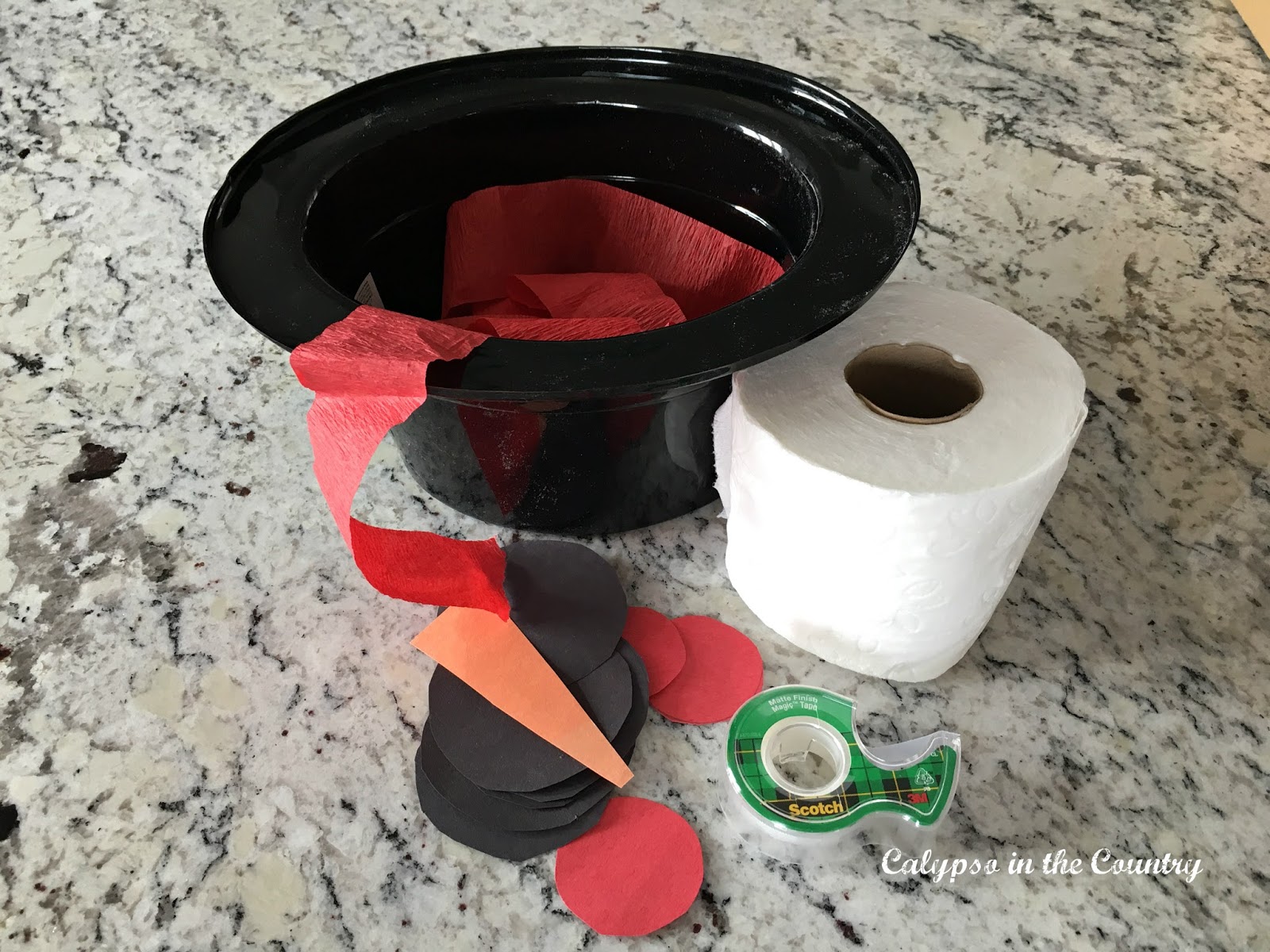 Do you want to build a snowman?  Well, the kids definitely did and they had a blast!

I bought some cheap plastic hats for around 49 cents a piece and filled them with snowman-building supplies.  We used colored paper cut into shapes for buttons, eyes and noses.  The red streamers were on hand to be used for the scarf and of course, we had plenty of tape and toilet paper. 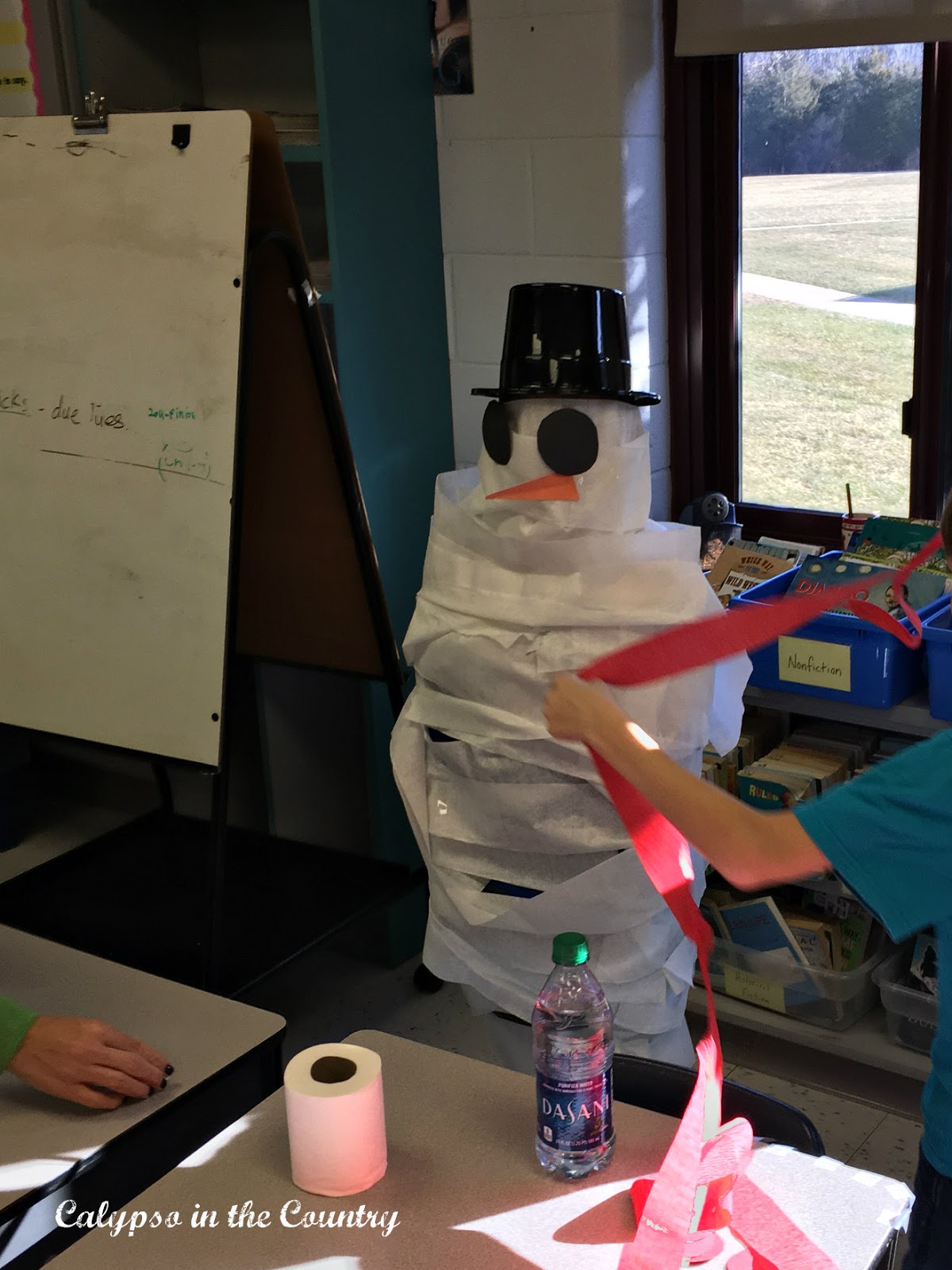 We broke the kids into groups and gave them 5 minutes to wrap up one of the group members in toilet paper to “build” their snowman .  Instead of choosing a winner, we just had all the snowman or snow-people stand in front of the class for a picture at the end.  They had so much fun throwing the toilet paper around and making a mess in the classroom.  It’s not like they get the chance to do much of that in school! 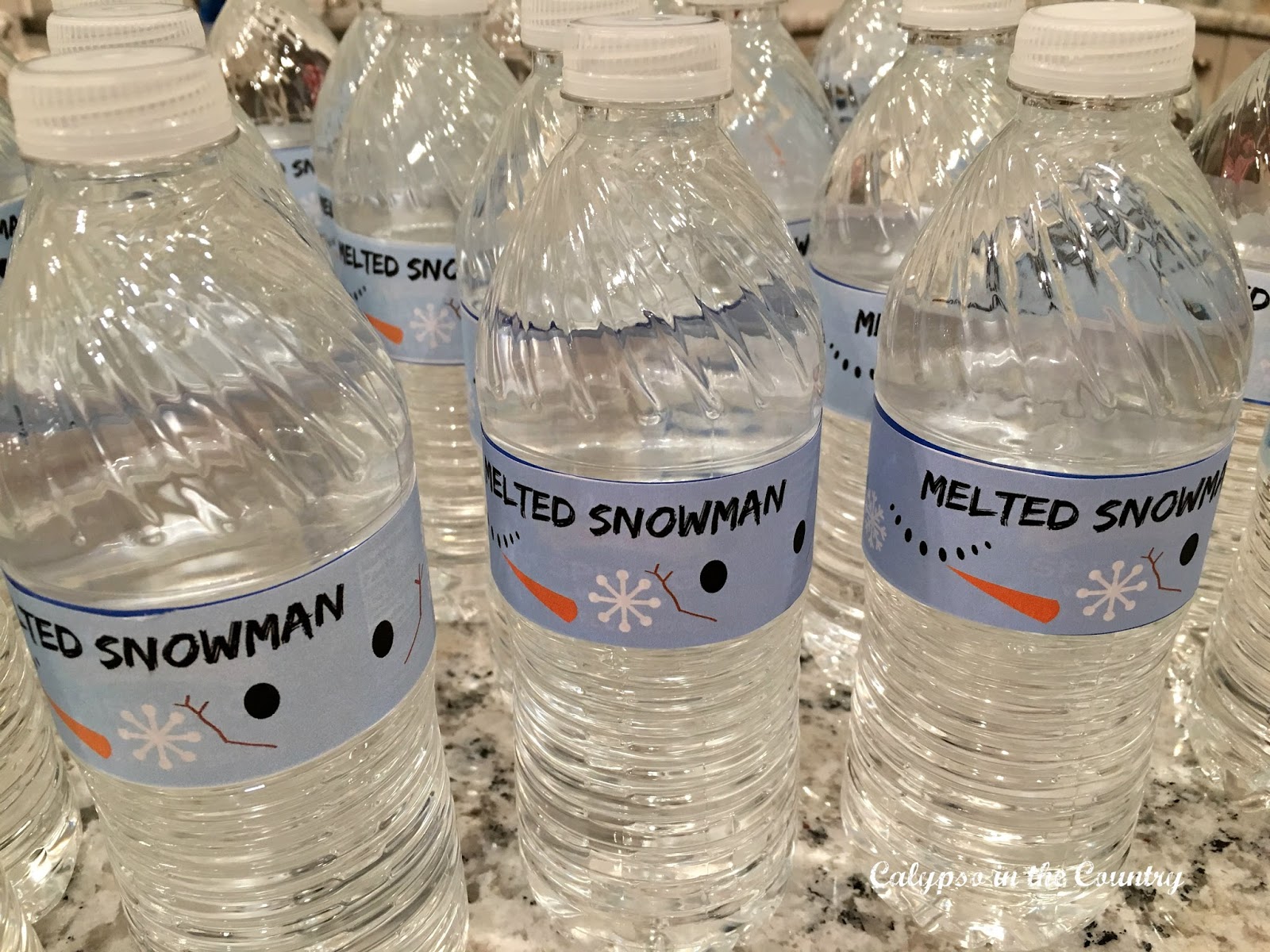 If you don’t have a tween or teen, you might not be aware of the bottle-flipping craze.

Basically, the kids take a water bottle, empty it about halfway or so and then try to flip it so it lands upright.  Yes, that’s it.  For some reason, they are all obsessed with this and want to do it constantly!  It really can be quite annoying to hear that flipping sound over and over!  My plan was to have a contest to see who could get the most successful flips.

I think we all have a love-hate relationship with bottle flipping.  Actually, most of us parents probably hate it!  I honestly don’t mind it too much.  It may be annoying but it keeps my son away from screens…and I’m all for that!

Since I know teachers find bottle flipping SO annoying, I had asked the class mom to check if we could do it for the party.  She told me she emailed the teacher beforehand and didn’t hear back so she assumed it wasn’t a problem.

Ha – you should have seen the teacher’s face when I announced what the bottles were for!  Apparently, she never saw the email!  But through a forced smile, she said it would be fine to do as our last game.  Seriously, I felt like the “bad kid” but oh well…it’s fun to shake things up sometimes!  Plus, I made cute little “Melted Snowman” labels for the bottles to go with our theme.  I couldn’t let them go to waste!

Unfortunately, the craft (which also happened to have a snow man theme), took longer than expected so we didn’t have as much time as we had hoped to do all the games.  The Bottle Flipping Contest never happened!  Yes, I’m sure my son’s teacher was thrilled.  So, I ended up leaving the bottles so each child could take one home.  Oh well, I tried!

Overall, the kids had a fabulous time at their winter party and all the games were a success!

Of course, it would have been even better if they could have flipped those bottles!  Though, I am sure they flipped them when they got home.  A big sorry to all the parents who had to deal with them!

I hope these easy winter game ideas were helpful if you are throwing your own winter-themed party.

*Please note, this post contains affiliate links.  If you click my links and make a purchase, I will receive a small commission at no additional cost to you.

If you are looking for other party ideas for this age group, you might want to also consider A Lego Themed Party!  That theme can be fun at a winter party or any time of the year!

Have you created any easy games for a winter party? 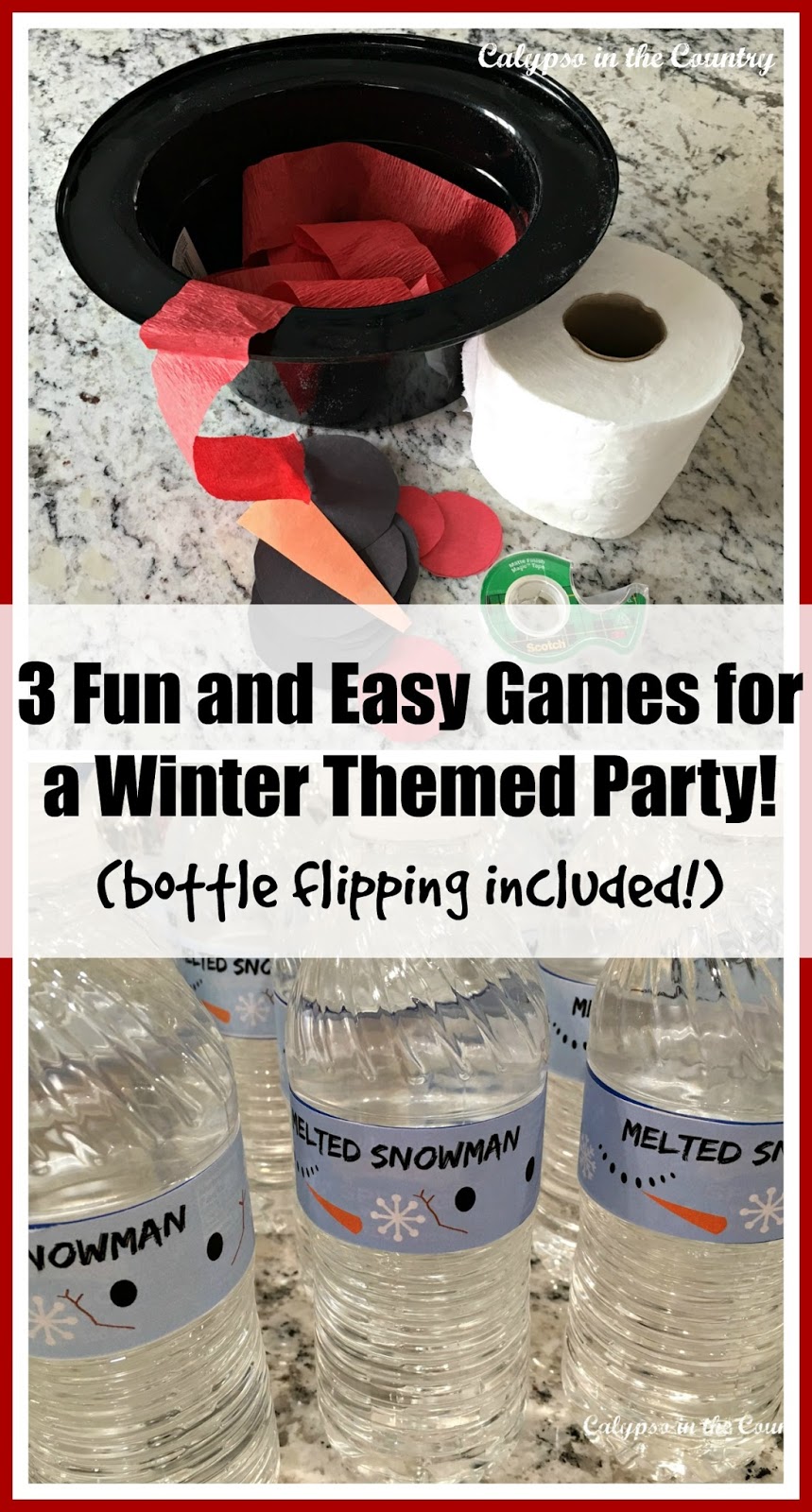 Wow, here we are in the last week of 2017!  Each year around this time, I like to calculate my most popular posts.  It’s always fun to look back, isn’t it? These are the posts published in 2017 with the highest page views for the year.  In the past, I included posts that were popular… 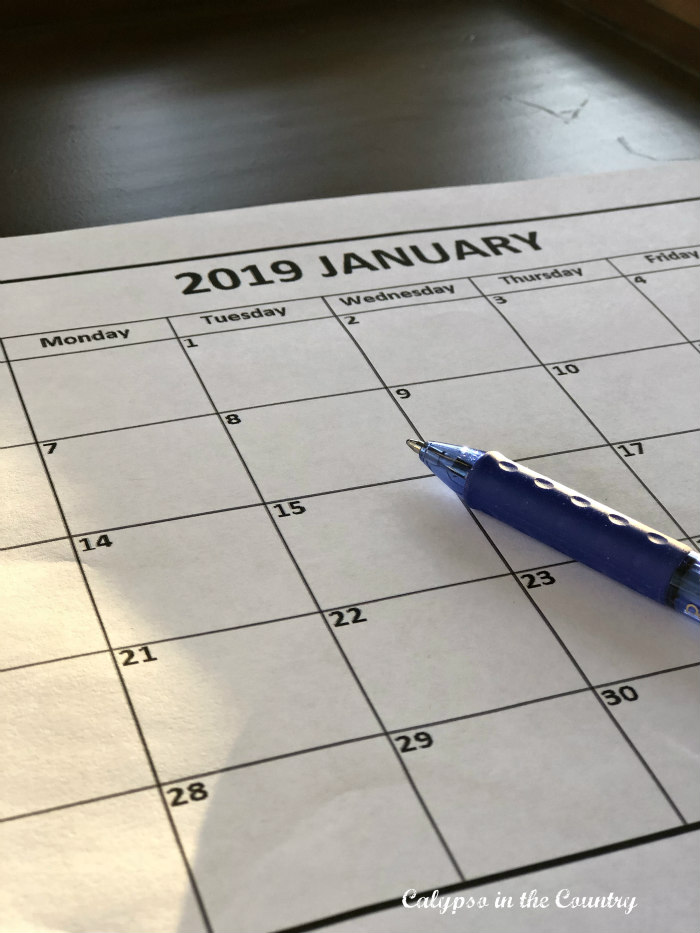 Welcome friends!  This Christmas organization blog post was originally written in January – but most of the tips would be helpful any time of year! Please note that this post contains affiliate links.  If you click over and purchase something, I will receive a small commission at no additional cost to you. While you are…

Yesterday, while Rosie was at the vet getting spayed,(more details on that at this Weekend’s Pupdate”),the boys and I headed to The Crayola Experience in Easton, PA. Since I never got around to bringing the boys there when they were younger, I wasn’t sure if they would be too old to enjoy it now.  Luckily, they loved it!  Sure,… 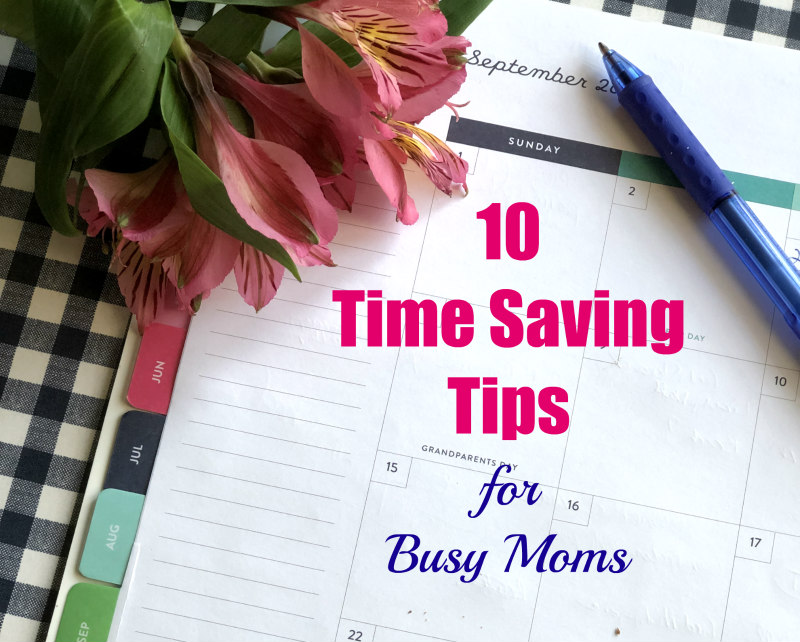 As moms, I think we all agree that there are just not enough hours in the day! Here are ten time saving tips I use to help save time for the important things in life… Maybe some of these tips could work for you too! Ten Time Saving Tips for Moms: 1.  Take a shower…

Now that Valentine’s Day is just around the corner, I am trying to come up with some gift ideas.  After all, anyone can buy a box of chocolates.  So this year, I’ve been trying to think of a fun and creative Valentine gift idea. Please note that this post contains affiliate links.  If you click…

Recently, the lovely, Kristy Woodson Harvey offered to send me an advance copy of her new book, Lies and Other Acts of Love! Please note that this post contains affiliate links.  I will receive a small commission if you make a purchase after clicking on my link. As a huge fan of her blog, Design Chic and…