Sometimes I jump to conclusions…

Anyway, I had a little bit of a scare with the area rug in my bedroom. 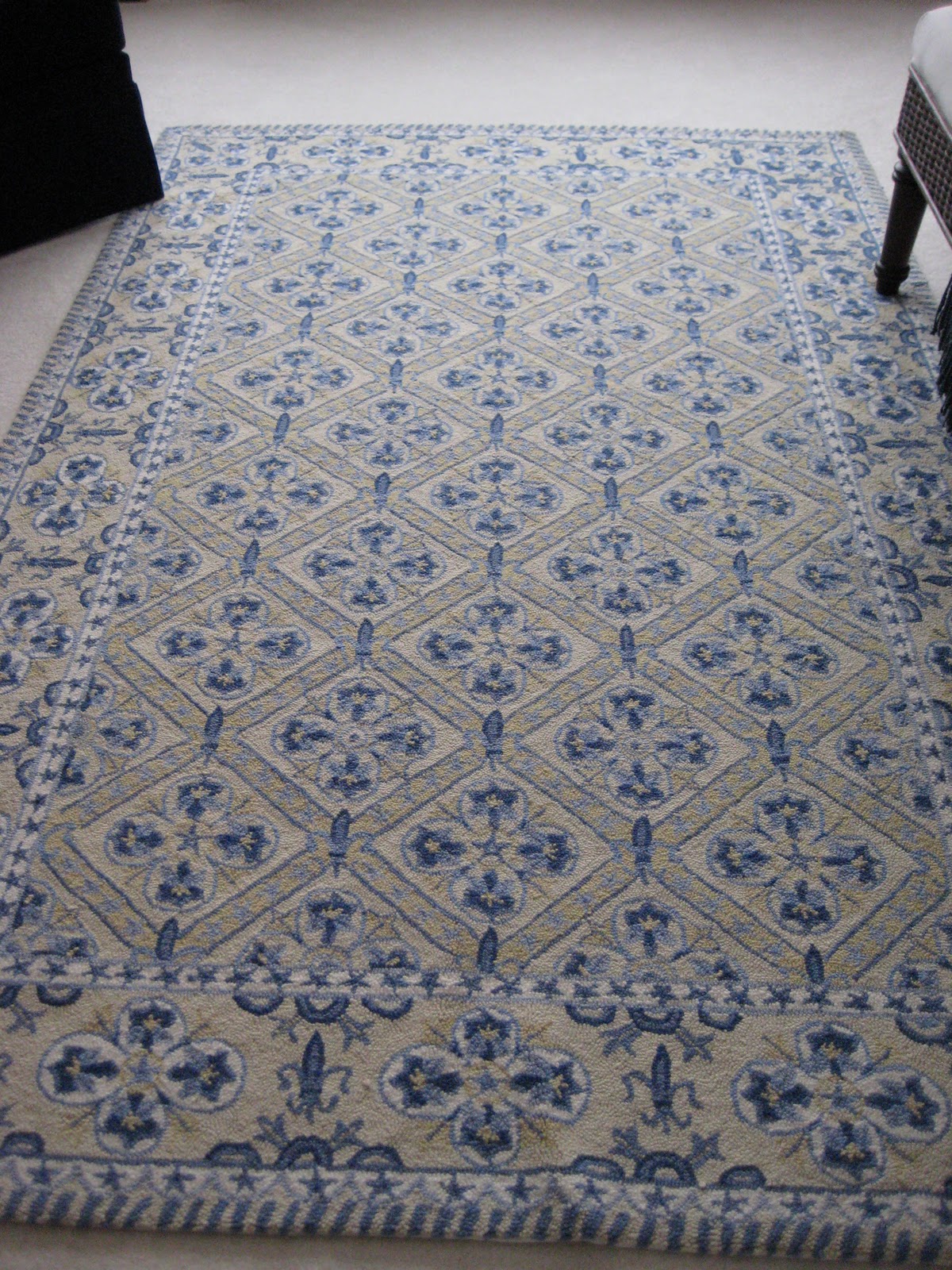 Last week, I noticed the rug was a little off center and when I went to move it into place, the corner flipped over, exposing the underside of the rug.  There were patches of white underneath and immediate I freaked out and ran to my computer to look up what “white mold” looks like.

Well, sure enough, the pictures on the internet looked similar to my rug so I quickly rolled up the rug and threw it into the garage.  I sprayed my bedroom carpet with Oxyclean, let it dry, vacuumed it up while wearing a painter’s mask (I kid you not!) and called our carpet cleaner.  I had to leave a message and they didn’t call me back right away.

I would not allow my kids to walk in “the spot” and I instructed them that we are NEVER to leave a wet towel on the rug again.  You see, my kids like to take showers and baths in my bathroom and then come into my room and watch TV before bed.  They tend to be careless with their towels and usually one of the towels ends up on the area rug at some point.

Over the weekend, I came down with a terrible cold.  Now of course I was convinced that the cold was actually an allergy to the mold that I was sure I was breathing in.  First thing Monday morning I called the carpet cleaner again.  We use a local guy who has been friends with my best friend’s husband since high school.  It is a family run business and I trust everything they tell me.  When I spoke to his wife, she said she never got my first message.  (I was actually worried that they were avoiding me because I used the word, “mold” in the message.)  I explained the situation again and she didn’t seem too alarmed.  She set up an appointment for 9:00 this morning.

When he arrived, he looked at my carpet and said he didn’t see any mold.  He also checked out the area rug which was now rolled up in the garage, ready to be thrown out.  He said the white stuff wasn’t mold but it was the netting separating from the glue on the back of the rug.  He said that wall to wall carpet off-gasses and the rug on top was actually deteriorating a little.  He was not concerned at all!  So he cleaned my carpet AND cleaned the section of the family room where Rosie threw up recently.  Yes, she threw up in there right after the rug was cleaned last time!  I told him I was going to throw out the area rug anyway since it was coming apart on the back and it did leave a bit of discoloration on the carpet.  He said he could clean the rug and donate it if I wanted so I told him to take it! 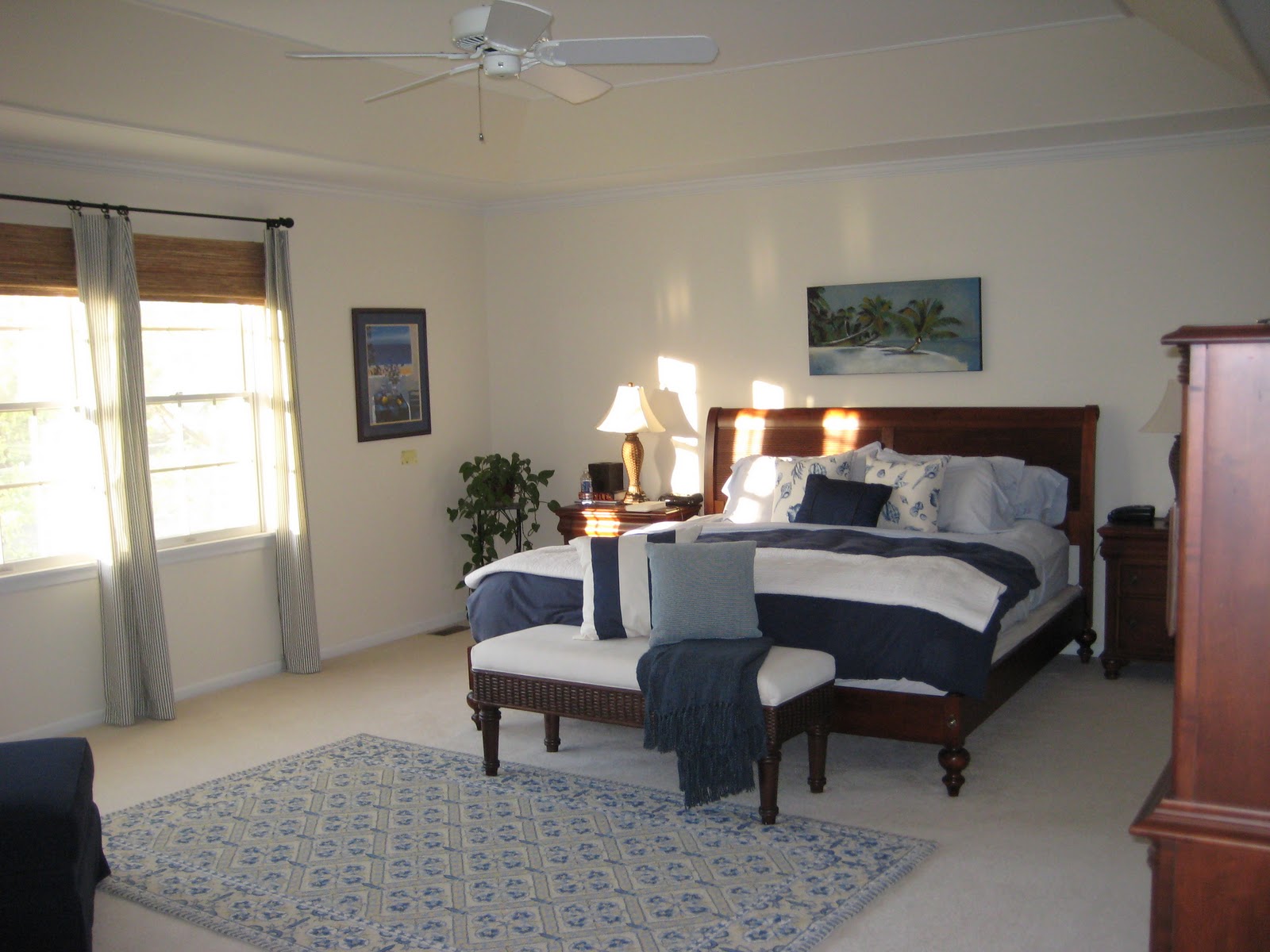 I am kind of sad now to have the rug gone.  I always liked that rug, although at one point I did think about changing it.  I don’t think I will put another rug there now.  Instead, I will try to convince my husband to put in hardwood floors!  HA!  That’s a real joke.  He is a major “carpet in the bedroom” type of guy so I don’t think I will get my way there…oh well.

At least I don’t have mold…or mold-allergy-induced-congestion.  I just have a cold…and a bit of a tendency to overreact!

Have you ever had any mold scares in your house?

Do you jump to conclusions?

We are back from our spring break ski trip in Vermont.  I will be spending the day enjoying the warm sunny weather before the rain arrives this week…. Thanks to everyone who commented and emailed  these past couple of weeks. Your kind words meant so much to me and I feel so blessed to be…

I had all kinds of grand plans for posting this week. Well, maybe they weren’t “grand” plans, but I did plan on being creative. Instead, I have been creative in different ways while spending some quality time with the family. We have been playing lots of board games, puzzles (anything to keep them from staring…

We woke up to snow this morning. Needless to say, Rosie had to get out there and play. With a nose full of snow,  I thought she was ready to come back in. Then she took off with the towel I was about to wipe her off with. (She was quite pleased with herself –…

Today, I decided to post a Signature Style Board! Lately, I’ve seen them around on other blogs and I thought it would be fun to design one of my own. The only difficult part was trying to narrow down pictures from all my Pinterest boards. I think I must have changed my mind 10 times!…

Sure, a painted garage may not seem that exciting to you but I have wanted to paint the interior of our garage for most of the 13 years we have lived in our house.  And now it is finally painted! Finally, I was able to convince my husband we needed it done. When the painter…

I swear, I should never buy anything without properly researching it first! Yesterday, I happened to be in Macy’s during a sale and decided to buy some new sheets.  I tend to go for percale over sateen.  Sateen can sometimes feel too slippery-silky for me.  Normally, I like a nice, crisp percale with a high thread count. …